SEOUL, Nov. 1 (Yonhap) -- The first game of the 2020 South Korean baseball postseason was postponed on Sunday due to rain.

The Korea Baseball Organization (KBO) Wild Card game between the LG Twins and the Kiwoom Heroes will instead be played on Monday at Jamsil Baseball Stadium in Seoul. The first pitch will be at 6:30 p.m. 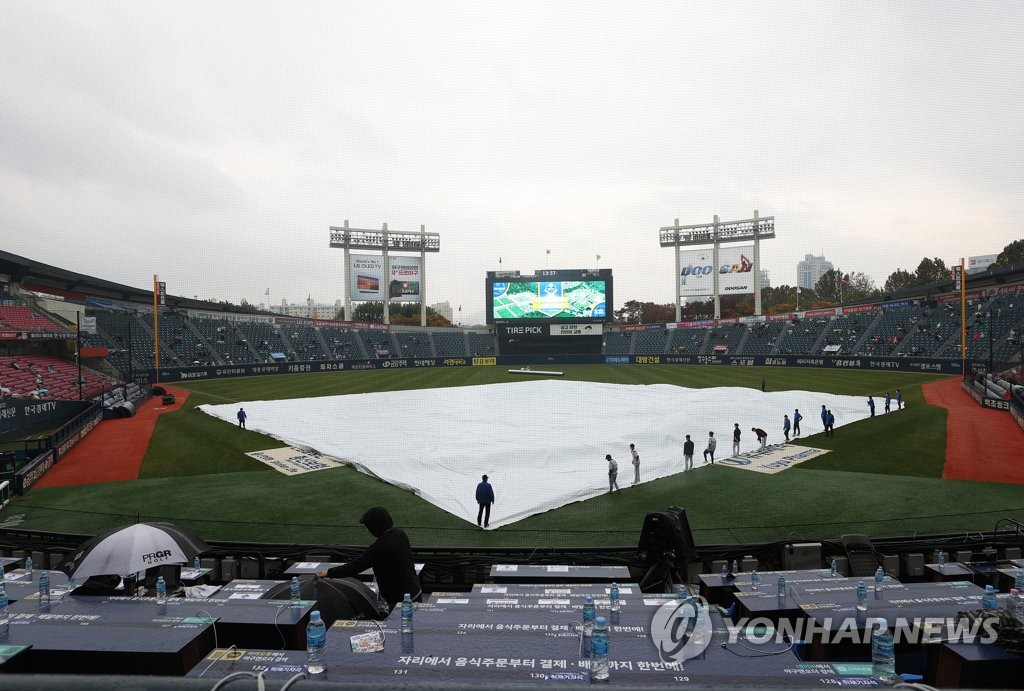 As the No. 4 seed, the Twins only need a tie or a win in the first meeting to advance to the next round. The Heroes, the No. 5 seed, must win two straight games to move on to the next stage.

If the Twins knock off the Heroes on Monday, the first round of the postseason will begin as scheduled on Wednesday.

However, if the Heroes win Monday and force another Wild Card game on Tuesday, then the start of every remaining series will be pushed back by one day.

The starting pitching matchup will not change for Monday. The Twins will send right-hander Casey Kelly to the mound, and the Heroes will counter with right-hander Jake Brigham.

Sunday's game was scheduled to begin at 2 p.m., and the league officials waited out for more than an hour before deciding to postpone the game.

The Doosan Bears, who finished third in the regular season, are awaiting the Wild Card winner in the next round, which is a best-of-three series. 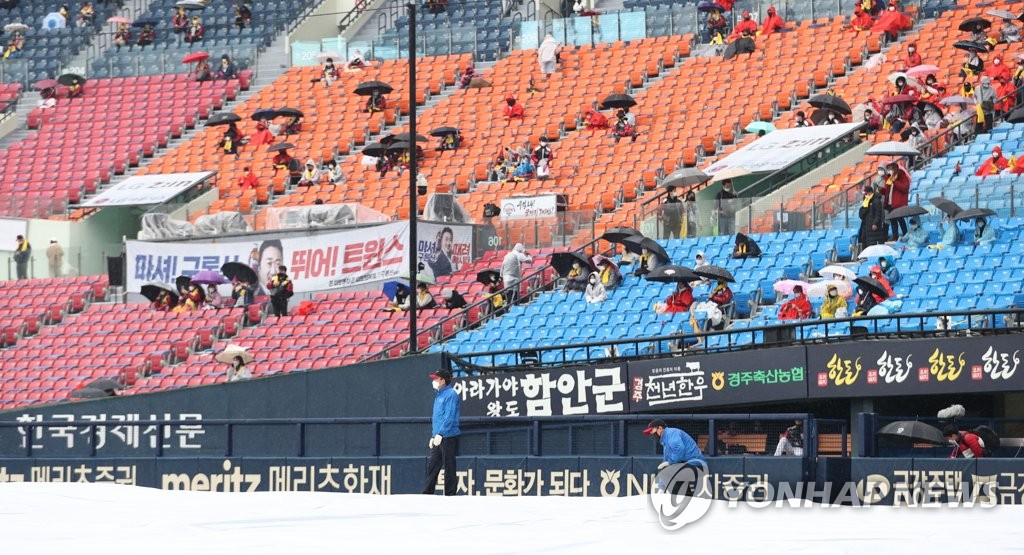