SEOUL, Nov. 1 (Yonhap) -- Prime Minister Chung Sye-kyun on Sunday announced a new social distancing scheme based on five levels instead of three, saying the new plan aims to improve anti-virus measures in a tailored fashion amid criticism the current system is too broad-brush.

The scheme will take effect Saturday and break up the current three levels into Levels 1, 1.5, 2, 2.5 and 3. The government has divided the nation into seven zones, with the level of each zone determined based on the average number of daily infections per week.

"We are trying to improve effectiveness and adherance to anti-virus rules by reconstructing anti-virus measures in a tailored fashion," he said during a meeting of the Central Disaster and Safety Countermeasure Headquarters.

The prime minister said that under the new scheme facilities will be grouped into "priority" and "regular" sites in terms of the application of antivirus rules, while mask wearing and other key rules that were previously mandatory only at "high-risk" facilities will now apply to all facilities.

The areas, where mask mandates will go into effect, also include venues of rallies, indoor sports facilities, hospitals, call centers, logistics centers as well as gatherings of more than 500 people.

Under Level 1.5, use of multi-use facilities is restricted. At Level 2, the pandemic is considered to be spreading nationwide and nonessential outdoor visits and gatherings are discouraged in the affected zones.

Level 2.5 is considered to be exceeding the health system's routine response levels, and the government will urge the public to remain at home.

At Level 3, which will be issued in the event that more than 800 new daily cases are reported for a week, the nation will effectively be placed on lockdown.

Chung warned against becoming complacent, stressing that the revised scheme is not intended to boost the economy by easing anti-virus measures but rather to tighten them.

Speaking to next month's college admission exams, he said the government is making preparations to allow COVID-19 patients to take the test.

He called on the education ministry to step up implementation of social distancing rules and asked students and parents to strictly adhere to them. 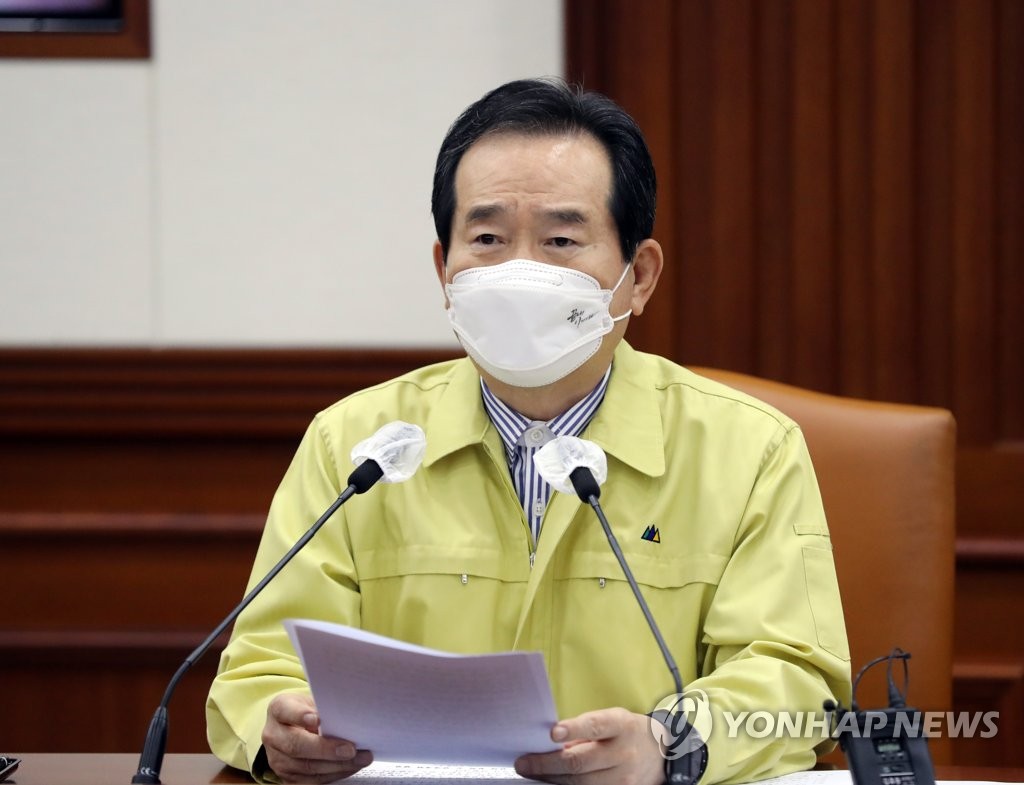