Jeonbuk defeated Daegu FC 2-0 in their season finale on Sunday to collect an unprecedented fourth consecutive title in the top division in South Korean club football. 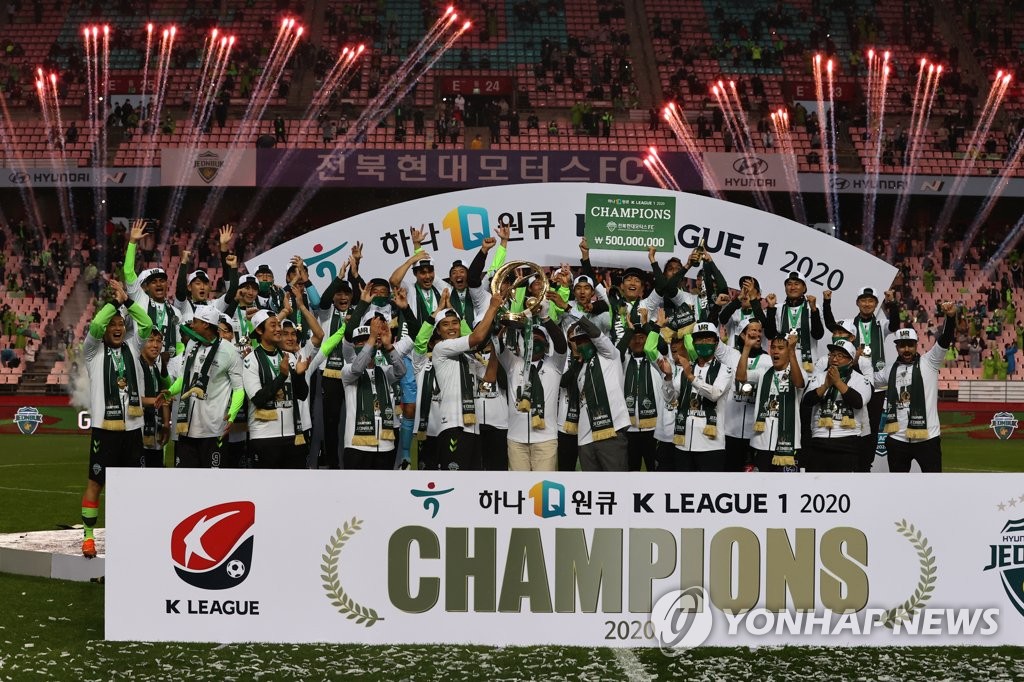 Jeonbuk entered Sunday at the top with 57 points, three points ahead of Ulsan. Jeonbuk only needed a draw to capture the title, but forward Cho Gue-sung grabbed a brace in the first half to take out all the suspense. 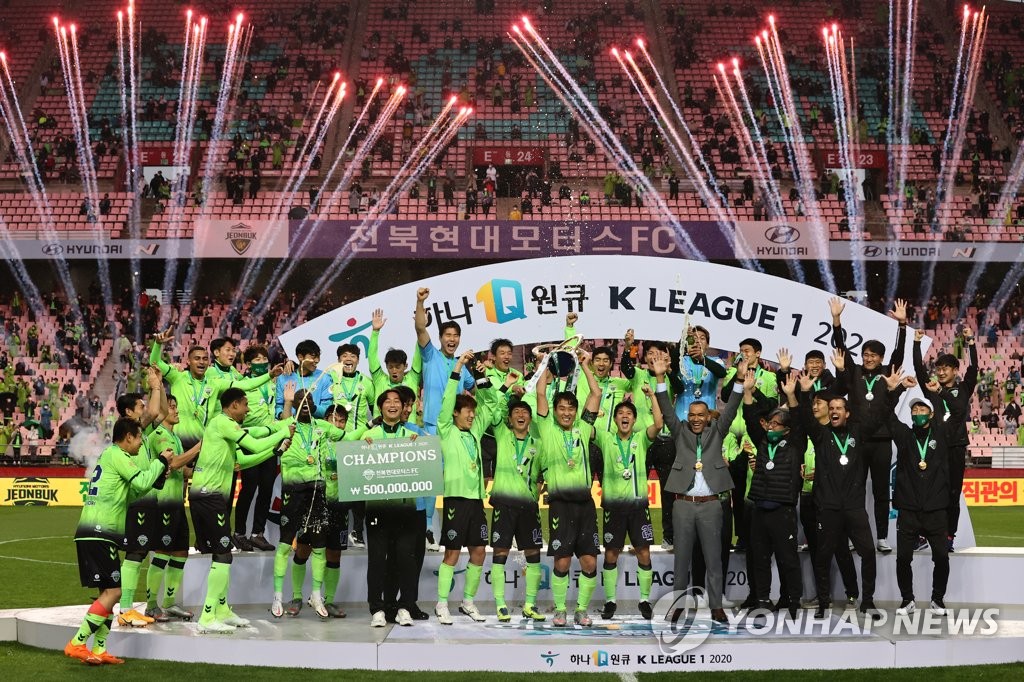 The title is also a perfect sendoff gift for Jeonbuk's retiring forward Lee Dong-gook. The all-time leading scorer in the K League with 228 goals, Lee announced his plan to retire on Monday at age 41. He got the starting nod on Sunday and played the entire match for the first time this season.

"I want to thank my teammates for making this a great ending to my career," Lee said. "I hope Jeonbuk will continue to win championships without me." 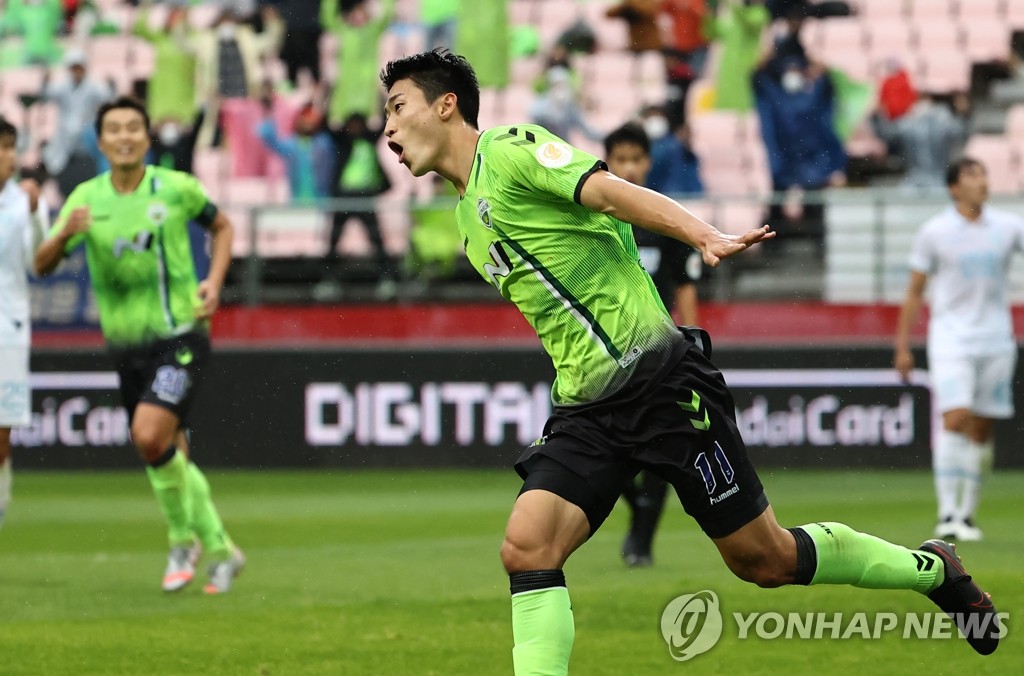 Cho headed home a Choi Chul-soon cross in the 26th to put Jeonbuk on the board, and doubled that lead in the 40th minute by scoring from near the penalty spot, after Daegu failed to clear the ball out of their own box.

The second half played out like a formality, as Jeonbuk appeared content to maintain their two-goal advantage for the final 45 minutes.

"Our goal all along has been to win the championship, and we all came together as one to accomplish this goal," Jeonbuk head coach Jose Morais said. "We felt we got some help from other teams to win last year's title. We wanted to make sure we would help ourselves this year and really earn the trophy. I am happy with the way things played out." 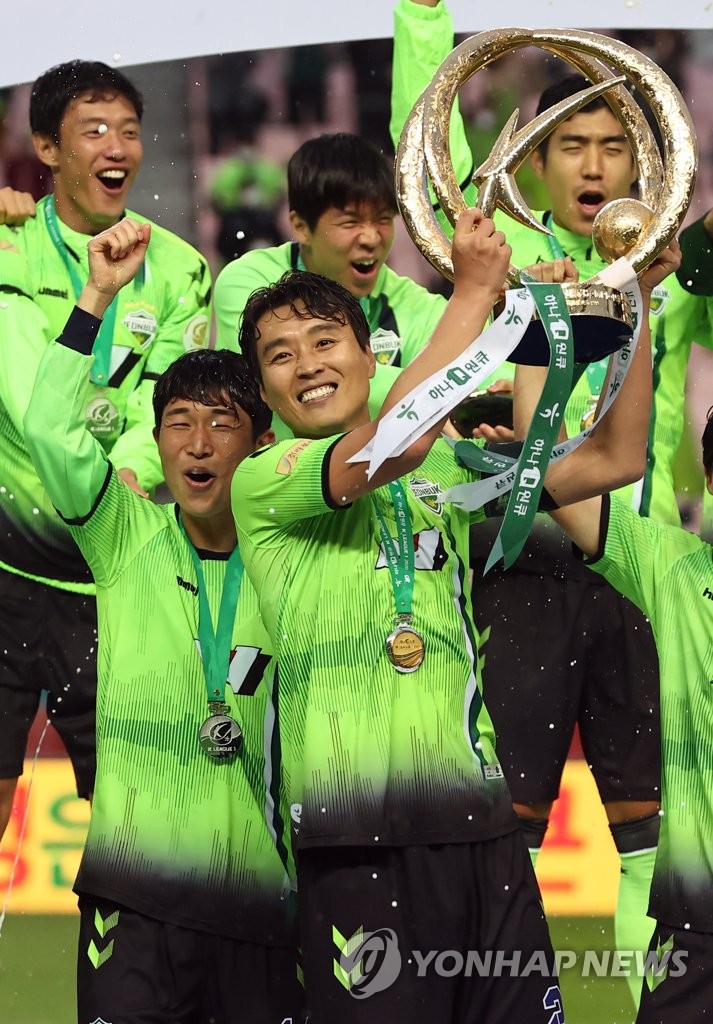 Ulsan had to beat Gwangju FC and needed Daegu to upset Jeonbuk. They held up their end of the bargain by beating Gwangju 3-0, but Jeonbuk were too good against Daegu.

Ulsan had been at the top for most of the season but fell to second place after losing to Jeonbuk 1-0 last weekend. Ulsan now have nine runner-up finishes, more than any other club in K League history. They haven't won a championship since 2005. 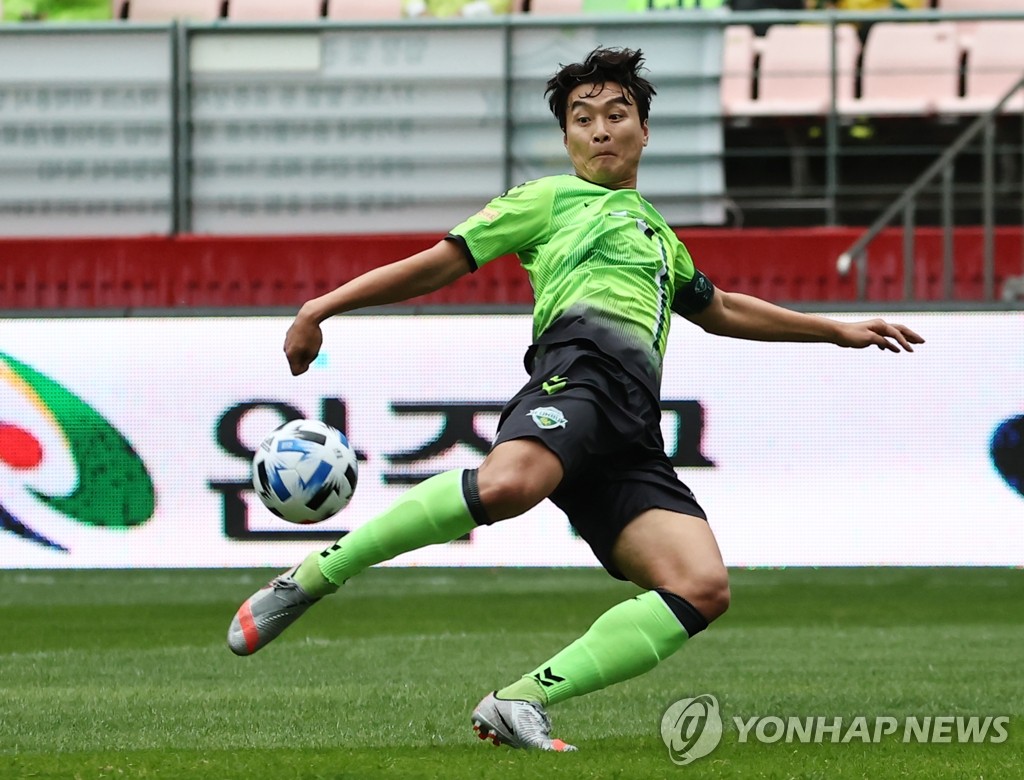