SEOUL, Nov. 1 (Yonhap) -- The terms "heart of a champion" and "championship DNA" are often thrown around with abandon in sports, though it's essentially impossible to quantify their value. It also presents a chicken-or-egg question: Do you develop that heart by winning multiple championships? Or do you win titles because you have the heart of a champion?

In K League football, Jeonbuk Hyundai Motors, more than other clubs, have earned the right to be credited with having that heart and those championship pedigrees. Capturing their fourth consecutive title and their eighth overall -- both of them league records -- on Sunday further solidified their case as one of the country's greatest professional teams in any sports.

Jeonbuk defeated Daegu FC 2-0 to finish at the top of the K League 1 with 60 points. For the second straight year, Ulsan Hyundai FC ended in second place behind Jeonbuk, at 57 points. 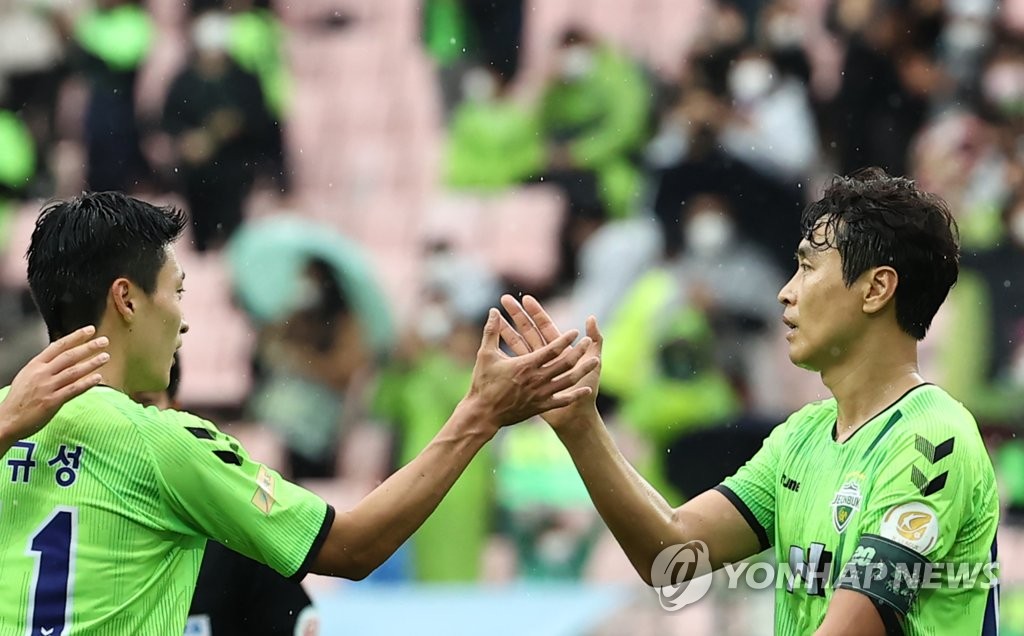 Of Jeonbuk's past four championship squads, this year's team may have been the least talented group. They lost more often in 27 matches this season (five) than they did over 38 matches last year (three). They acquired reigning league MVP, midfielder Kim Bo-kyung, over the winter but he didn't make as much of an impact on offense that he'd been expected to. Midfielder Moon Seon-min, who finished runner-up to Kim in last year's MVP voting, left Jeonbuk temporarily to begin his mandatory military service this season. He was joined in the military by defender Kwon Kyung-won. Attacking midfielder Ricardo Lopes signed in China after four seasons with Jeonbuk.

One of the key offseason arrivals, Lars Veldwijk, also didn't pan out, leading to his midseason departure in July.

Ulsan, on the other hand, stayed busy in the offseason as they tried to topple Jeonbuk. National team goalkeeper Jo Hyeon-woo came over from Daegu, and veteran midfielder Lee Chung-yong ended his European stint to take a shot at his first K League title with Ulsan.

Jeonbuk's offense looked stagnant at times early on, but they started showing signs of life after Gustavo and Mo Barrow arrived in July.

And it was in three meetings against Ulsan this season that Jeonbuk showed their heart and their unsurpassed ability to win matches that matter the most. 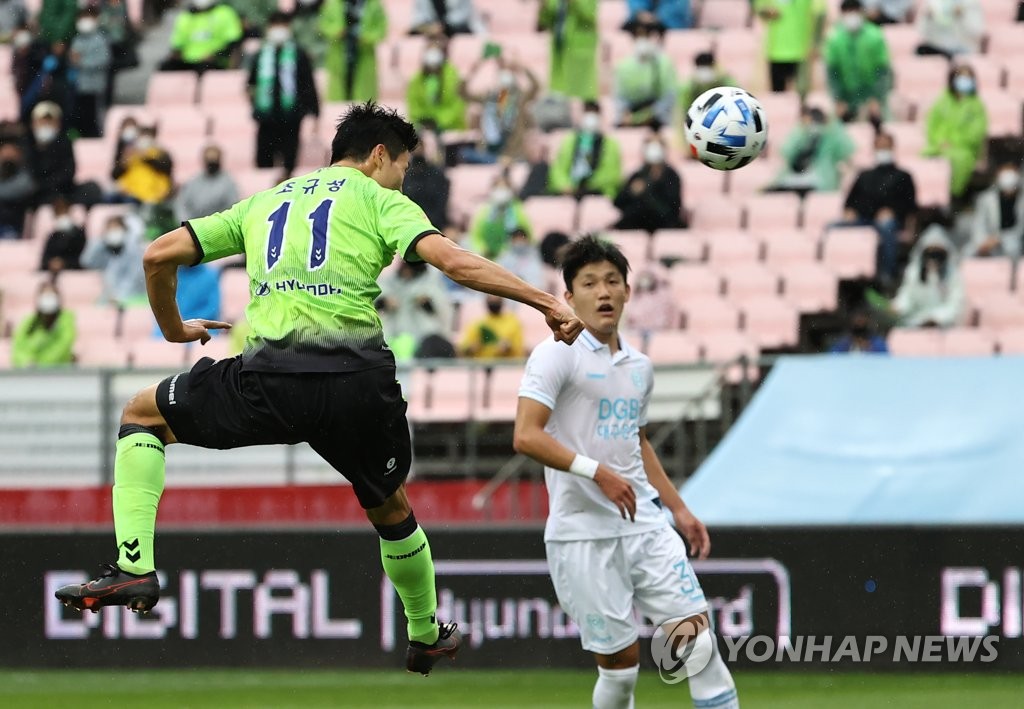 Jeonbuk beat Ulsan in all three showdowns this year, including a 1-0 victory last Sunday that essentially sealed Ulsan's fate and sent Jeonbuk on a clear path to the title.

That's nine points that Jeonbuk pocketed in matches against Ulsan. To wit: Ulsan lost only four times all season, and three of those losses came against Jeonbuk.

The two clubs had been tied with 54 points entering that last meeting, and Barrow scored the winning goal to put Jeonbuk up by three points, 57-54, with one match to play.

Ulsan might have had more talent on paper. But whenever they faced Jeonbuk, they seemed to shrink under pressure and rush plays that they would normally make with ease. Jeonbuk, on the other hand, were always the picture of cool, calm and collected, as they methodically picked apart Ulsan's defense.

Last Sunday's result meant Jeonbuk only needed a draw against Daegu FC in the finale. Ulsan had to beat Gwangju FC, something they hadn't done all season, and also hope that Daegu would upset Jeonbuk, another thing that hadn't happened all year.

Odds were stacked against Ulsan, and Jeonbuk made it all moot by beating Daegu handily. Ulsan took care of their own business with a 3-0 win over Gwangju FC, but it wasn't enough.

Jeonbuk allowed the fewest goals in the K League 1 this season behind goalkeeper Song Bum-keun, one of the club's youngest players at 23. He came up especially huge against Ulsan, allowing just one goal -- via a penalty -- in three matches.

Midfielder Son Jun-ho has been shortlisted for the league MVP award, and he is the only South Korean among four candidates. His offensive numbers -- two goals and five assists -- don't jump off the page, but the 28-year-old developed into the key cog in midfield, ably handling both attacking and defending responsibilities.

Winger Han Kyo-won led Jeonbuk and all South Korean players in the league this season with 11 goals.

Then there was Lee Dong-gook, who will retire after playing his final K League match on Sunday at age 41. The forward scored four times in 10 matches this season while missing time with a knee injury, but his contribution came from elsewhere.

His Jeonbuk teammates have often spoken about how Lee's mere presence has helped steady the ship throughout the season. Though Lee will not be around next season, championship seeds have already been sown.