Lee Dong-gook Jeonbuk Hyundai Motors retired from the K League 1 on Sunday, following his club's 2-0 victory over Daegu FC that clinched a record fourth consecutive championship. And for the first time this year, the 41-year-old forward played the full 90 minutes. 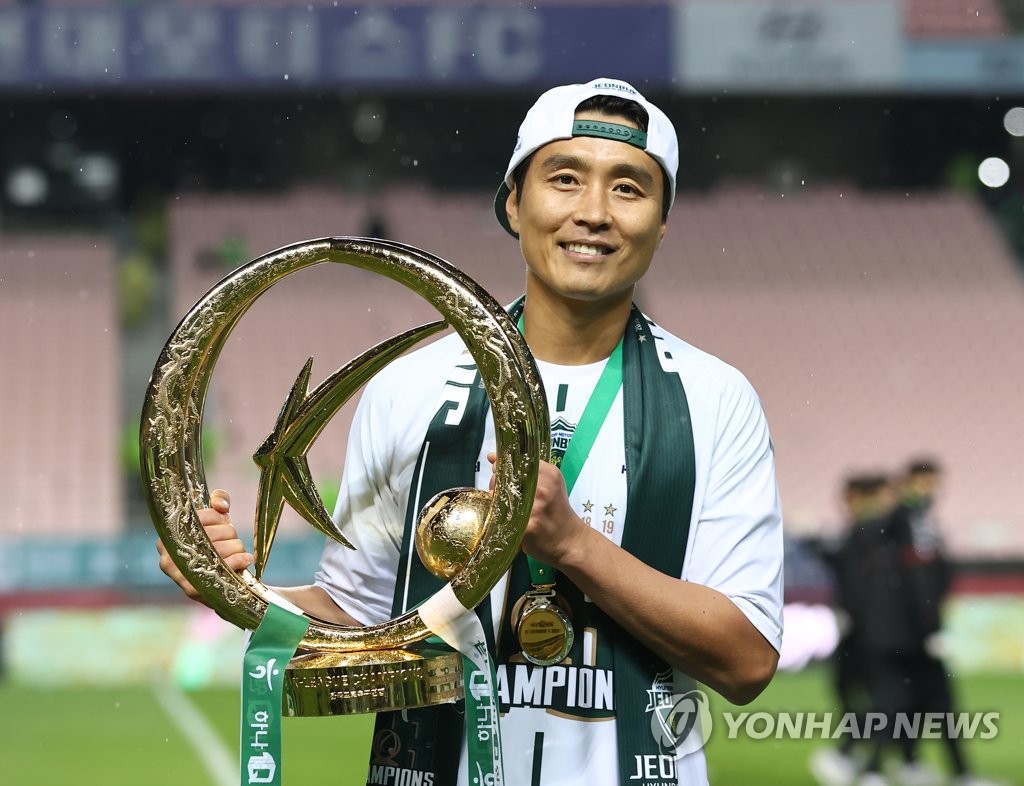 Lee, who made his K League debut in 1998, is leaving with 228 career goals, more than any other player so far in the league's 38-year history.

Lee didn't get to add to that gaudy total on Sunday at Jeonju World Cup Stadium in Jeonju, 240 kilometers south of Seoul, but winning his eighth title -- all of them coming with Jeonbuk -- was still a neat sendoff present.

Lee, the only four-time MVP in K League history, was feted in a postmatch retirement ceremony at the stadium, He also had his No. 20 retired, meaning no Jeonbuk player will be able to wear that number. 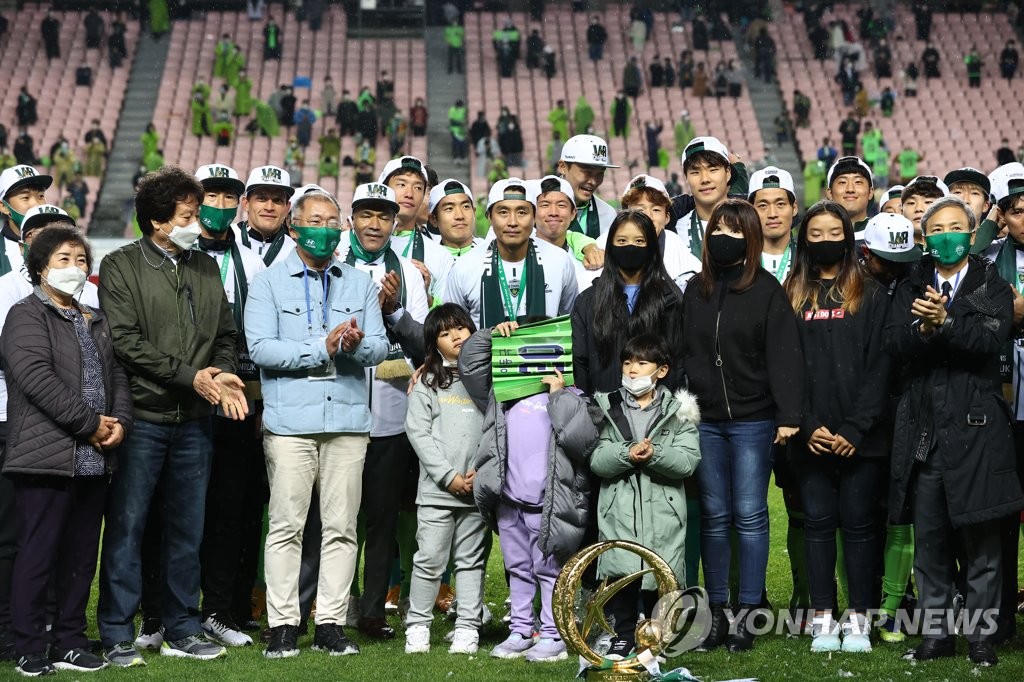 A sellout crowd of 10,251 -- clubs can only accept a crowd of about 30 percent of stadium capacity, due to the coronavirus pandemic -- gave Lee a standing ovation at the 20th minute mark, in a nod to the number on his back.

Lee said afterward he would've liked to score one last time, though lifting the trophy more than makes up for his lack of goals. 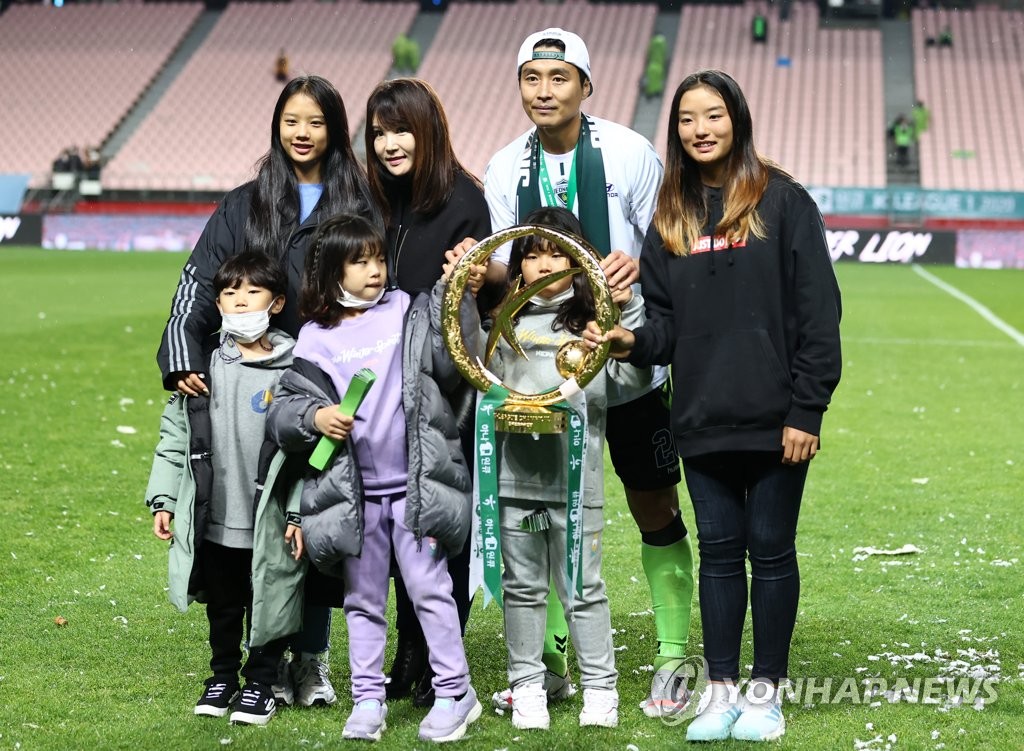 "I got to hoist the trophy on my last day, and this was just the kind of happy ending that I'd dreamed about," Lee said. "I was pretty touched by the standing ovation during the game. I saw that a lot of fans stayed for the retirement ceremony. I spotted a lot of my jerseys in the stands."

Lee had a cramp near the end, and as soon as the final whistle blew, he dropped to the pitch.

"I poured everything I had into this match," Lee said. "I tried to let my mind control my body."

Then he quipped, "My plan now is to never play another sport that causes leg cramps."

Lee had a couple of decent chances at the net but couldn't convert them. Instead, the 22-year-old forward Cho Gue-sung scored both of Jeonbuk's goals in the first half -- a symbolic passing of the torch from Lee to the youngster who is expected to succeed Lee as Jeonbuk's top attacking option.

"He's learning so much on this team, and I think he demonstrated today how far he has come," Lee said. "He is a hard-working player and has so much upside. You should all keep an eye on him." 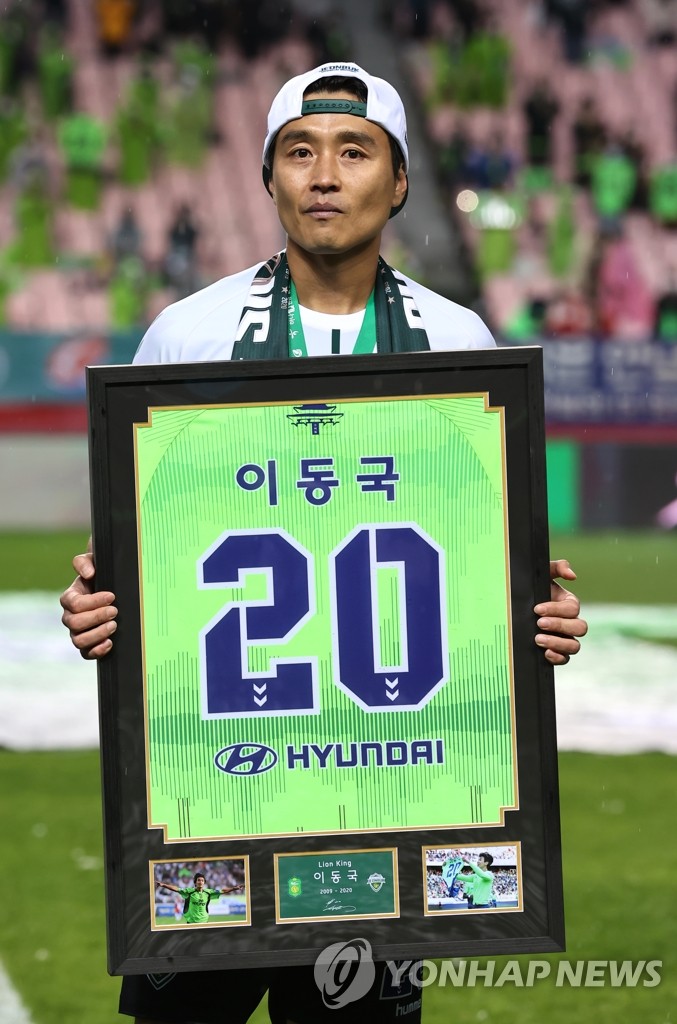