SEOUL, Nov. 2 (Yonhap) -- South Korea's exports of instant noodles and kimchi products rose sharply in the first nine months of the year on the back of rising demand for ready-to-eat meals and healthy foodstuffs amid the new coronavirus pandemic, data showed Monday.

Outbound shipments of instant noodles jumped 36.3 percent on-year to US$456 million during the January-September period, while those of kimchi jumped 38.5 percent to $109 million over the cited period, according to the data compiled by the Ministry of Agriculture, Food, and Rural Affairs.

The country's combined agricultural exports increased 6.5 percent to $5.5 billion over the first nine months of the year. 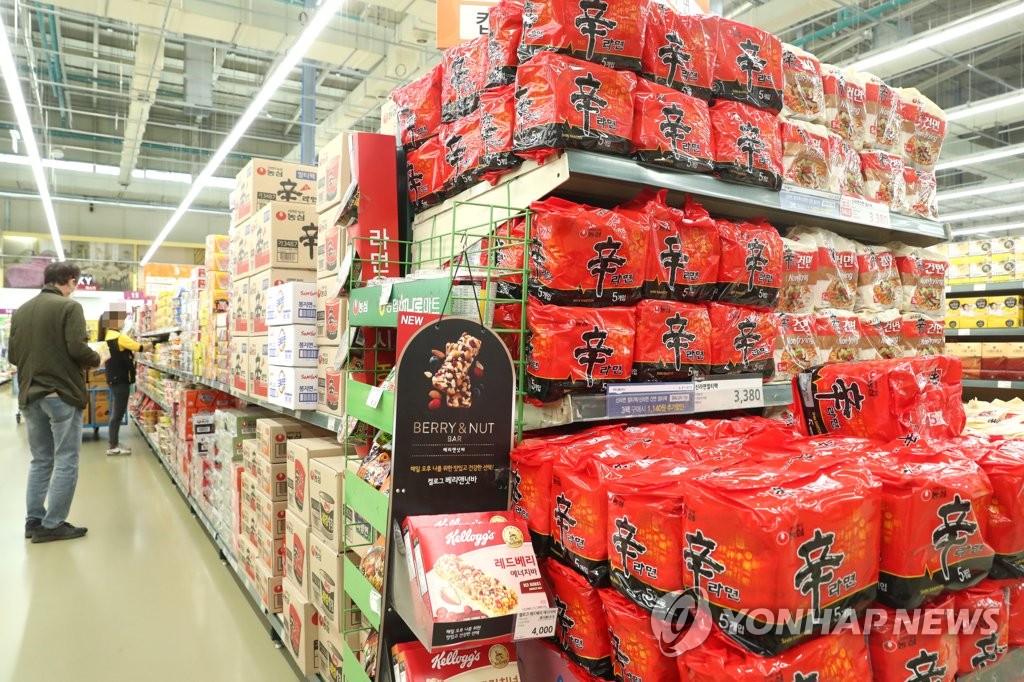 The robust exports were attributable to rising demand for ready-to-eat meals around the globe, as more people worked at home while refraining from visiting restaurants amid the COVID-19 pandemic.

Consumers around the globe also became more aware of their health, leading to more sales of kimchi, the ministry said. The virus has infected more than 46 million people around the world.

Kimchi is a traditional Korean side dish normally made of fermented cabbage, salt and hot peppers.

Exports of instant noodles also doubled from $219 million posted in 2015 due to the growing popularity of Korean culture across the globe.

In the month, outbound shipments of foodstuffs, however, managed to moved up 6.1 percent on stronger demand from Asian nations.

Exports of instant noodle, kimchi on rise amid pandemic

Exports of instant noodle, kimchi on rise amid pandemic