SEOUL, Nov. 2 (Yonhap) -- South Korea's daily new infections fell back below 100 on Monday, snapping a rise of over 100 for a fifth consecutive day, as sporadic cluster infections were still rampant in the wider Seoul metropolitan area. 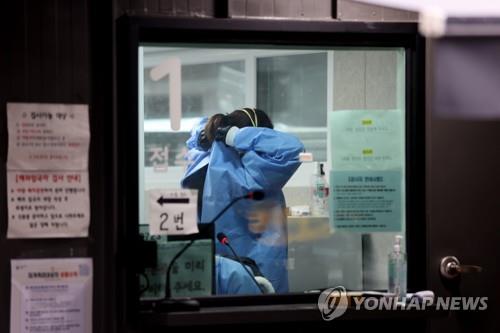 The figure marked a slight fall after triple-digit rises for five consecutive days: 103 new cases reported Wednesday, 125 on Thursday, 114 on Friday, 127 on Saturday and 124 on Sunday, it said.