SEOUL, Nov. 2 (Yonhap) -- The number of companies affiliated with major conglomerates under tight restrictions increased in the August-October period, data showed Monday, as they increased investment in financial or content firms.

The total number of affiliates under such restrictions reached 2,325 as of the end of October, up 24 firms from three months earlier, according to the Fair Trade Commission (FTC).

Under South Korean fair trade law, affiliates of large conglomerates with assets exceeding 10 trillion won (US$8.3 billion) are restricted from making equity investments in their affiliated companies or offering loan guarantees to each other. 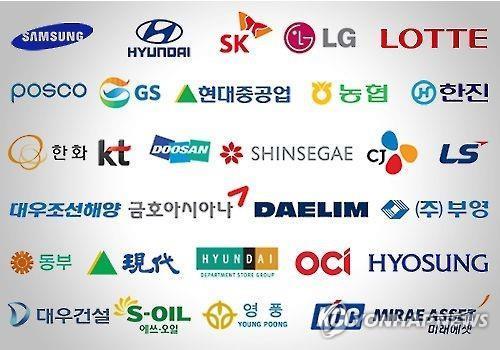 The conglomerates are also required to make public filings on their non-listed affiliates and are barred from engaging in excessive trading among affiliates.

The FTC said the net increase in the number of new affiliates came as the groups expanded investment in their digital content and financial firms.