SEOUL, Nov. 2 (Yonhap) -- The ruling party has decided to field its candidates for next year's Seoul and Busan mayoral by-elections after getting the nod from party members in a poll, a party spokesman said Monday.

The April 7 by-elections for the mayoralties in the countries' two largest cities are seen as a major barometer of public opinion in the lead-up to the presidential election in March 2022.

But the DP's participation in the mayoral elections had been up in the air due to its internal rule prohibiting the party from fielding a candidate in a by-election if it is called after a DP member lost an elected seat over a "serious wrongdoing."

With an eye to resolving the dilemma, the DP conducted a poll on Saturday and Sunday, asking party members regarding whether they support or object to a revision of the party constitution.

"With an overwhelming 86.6 percent of support, party members expressed determination that the party should go for the nominations," DP spokesman Rep. Choi In-ho said in a press briefing.

"This means that party members have wholehearted support for a (recent) declaration by party Chairman Rep. Lee Nak-yon and top party representatives that fielding candidates for the by-elections and letting (the party) be judged by citizens better conform to the (principle of) politics of responsibility," Choi noted.

The DP plans to complete the revision of the party constitution by Tuesday and immediately launch election preparation committees following the revision procedure, the spokesman said.

In a bid to make up for the alleged sexual misconduct, the party will also launch in-house centers for handling ethical issues and sexual violence to prevent such cases, according to party officials. 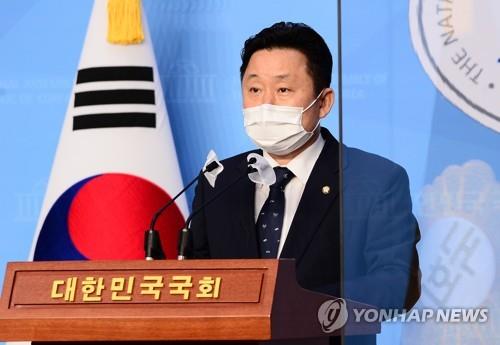