The purchasing managers' index (PMI) of the country's manufacturing sector stood at 51.2 last month, up 1.4 points from the previous month, according to a survey by IHS Markit.

It represents the first time this year for South Korea's PMI, a key measure of factory activity in a country, to surpass the 50-point mark that separates contraction from expansion.

The index also increased for the fifth straight month after hitting a low of 41.3 in May.

South Korea's industrial production expanded at the fastest pace in 7 1/2 years in October, though its employment declined for 18 months running despite a slowdown in contraction, it added.

The PMI improvement comes as South Korea, Asia's fourth-largest economy, is struggling to pull out of the impact of the coronavirus pandemic that has upended global trade and people's lives.

The novel coronavirus, with the first case confirmed in South Korea in late January, has infected 26,732 people here so far, with the death toll reaching 468. 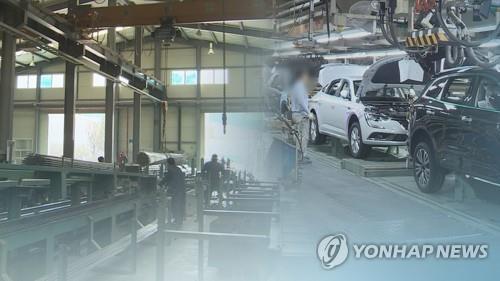