SEOUL, Nov. 2 (Yonhap) -- The 25-man roster for the South Korean Olympic football squad ahead of November friendly matches was unveiled Monday, featuring a few youngsters based in Europe.

Head coach Kim Hak-bum will take these under-23 players to Egypt for a friendly tournament, where they will face Egypt at 8 p.m. on Nov. 12 (or 3 a.m. Nov. 13 in Seoul) and then take on Brazil at 3 p.m. on Nov. 14 (10 p.m. Nov. 14 in Seoul). Both matches will be played at Cairo International Stadium. South Korea had initially been scheduled to Saudi Arabia after Egypt, but Saudi Arabia pulled out of the tournament on Monday.

South Korea, Egypt and Brazil have all qualified for the Tokyo Olympics, which had been scheduled to be held in July this year but was postponed to next year because of the coronavirus pandemic. 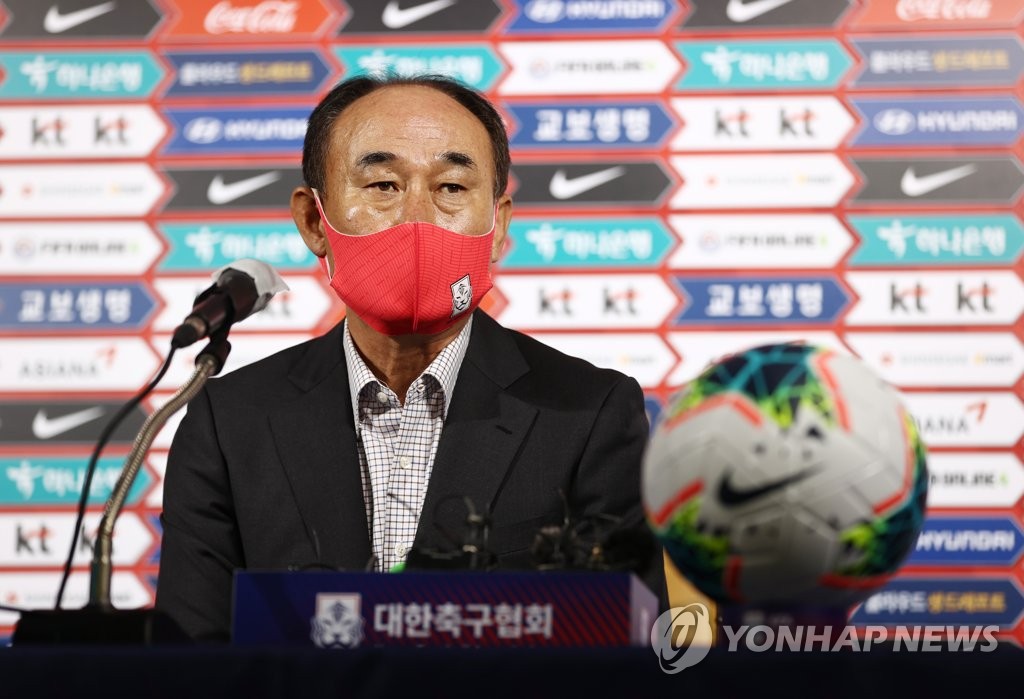 These will be the first international matches for the U-23 national team since January, when they won the Asian Football Confederation (AFC) U-23 Championship to book a spot in the Olympics.

The midfielder corps features Lee Seung-woo of Sint-Truiden in Belgium, Paik Seung-ho of Darmstadt 98 in Germany, and Kim Jung-min of Vitoria S.C. in Spain.

These three are considered among the most talented Korean players in this age group. They have all appeared for the senior national team, too.

Up front, two more Germany-based players have been called up: Jeong Woo-yeong of SC Freiburg and Cheon Seong-hoon of FC Augsburg's reserve squad are among seven forwards.

Lee Jae-ik of the Belgian side Royal Antwerp FC and Kim Hyun-woo of Croatian club NK Istra 1961 are among eight defenders.

Ahn Joon-soo of Cerezo Osaka is one of three goalkeepers. 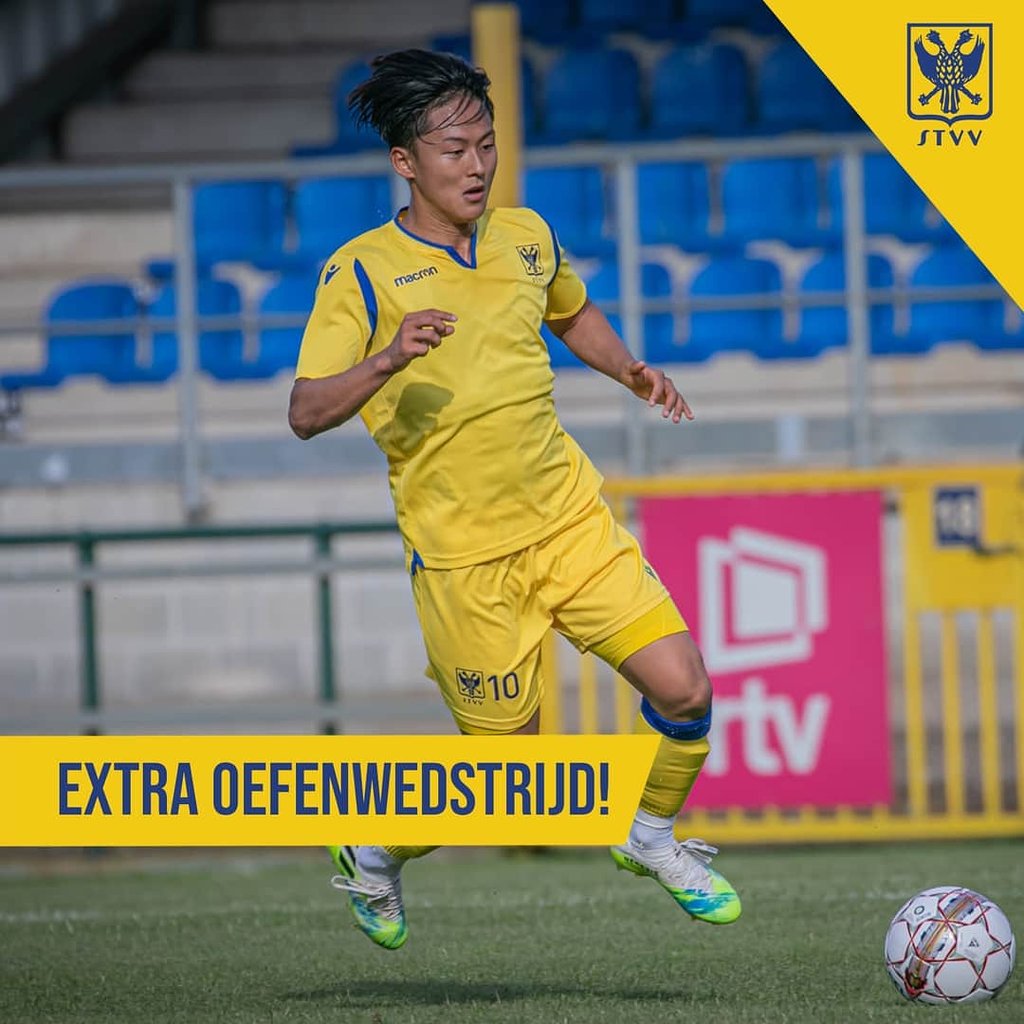 "We've been trying to schedule matches all year, and we almost gave up hope for this year until this opportunity (in Egypt) came up," Kim Hak-bum said. "Egypt and Brazil should be among the top teams in the Olympics, and it will be a great test for us."

The remaining spots on the team were filled with players from the K League 1, whose season ended Sunday.

The champions Jeonbuk Hyundai Motors are sending two players: forward Cho Gue-sung, who scored both goals in the team's title-clinching 2-0 win over Daegu FC on Sunday, and goalkeeper Song Bum-keun, who tied for the league lead with 11 clean sheets this season.

Pohang Steelers' Song Min-kyu, who earned his first national team call-up in any age bracket for October exhibition matches, will make his official international debut in Egypt. Song scored 10 goals this year to rank second among all South Korean players.

Coach Kim left out players from clubs in the second-tier K League 2 that could play in the promotion playoffs later this month.

Teams that finish third and fourth will meet in the first playoff match on Nov. 25. The winner will then go on to meet the No. 2 seed in the final playoff on Nov. 29.

With one match left, Suwon FC are sitting in second place (51 points), followed by Seoul E-Land (38 points) and Jeonnam Dragons (37 points). Gyeongnam FC are right behind Jeonnam with 36. Daejeon Hana Citizen also have 36, but they have played one fewer match than the other contenders because one of their players tested positive for COVID-19 last week and their scheduled match got postponed. 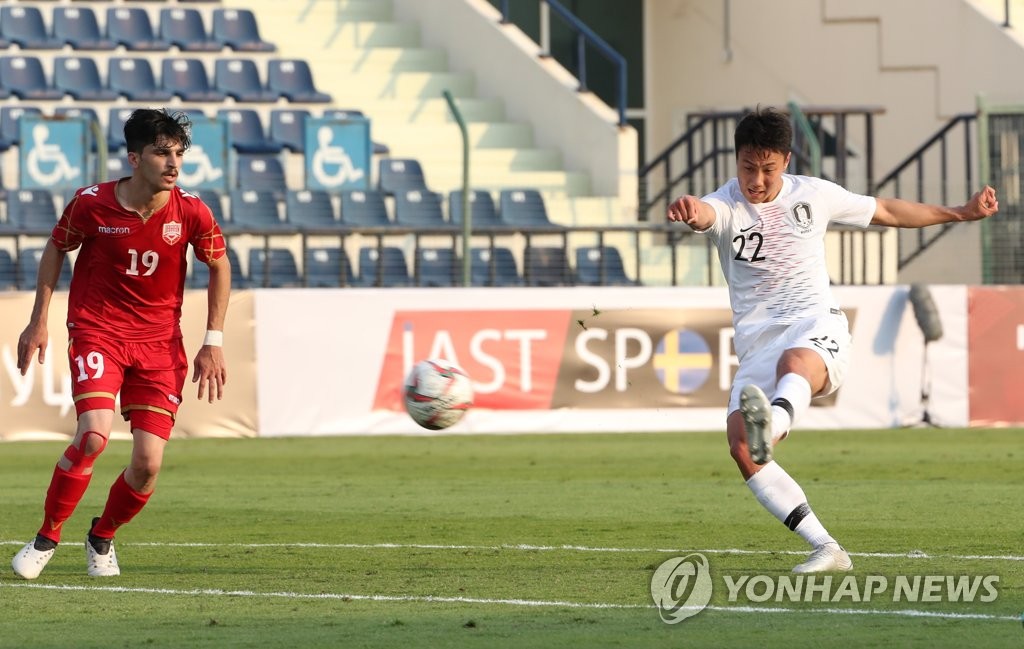