In the Realmeter survey of 2,536 voters nationwide from last Monday through Friday, the approval rating of Moon's presidency stood at 44.9 percent, down 0.7 percentage point from a week earlier.

The proportion of those who gave a negative assessment of Moon rose 1.3 percentage points to 50.9 percent. Of those surveyed, 4.2 percent said they were either unsure or declined to assess Moon's performance.

The survey's margin of error was plus or minus 1.9 percentage points. 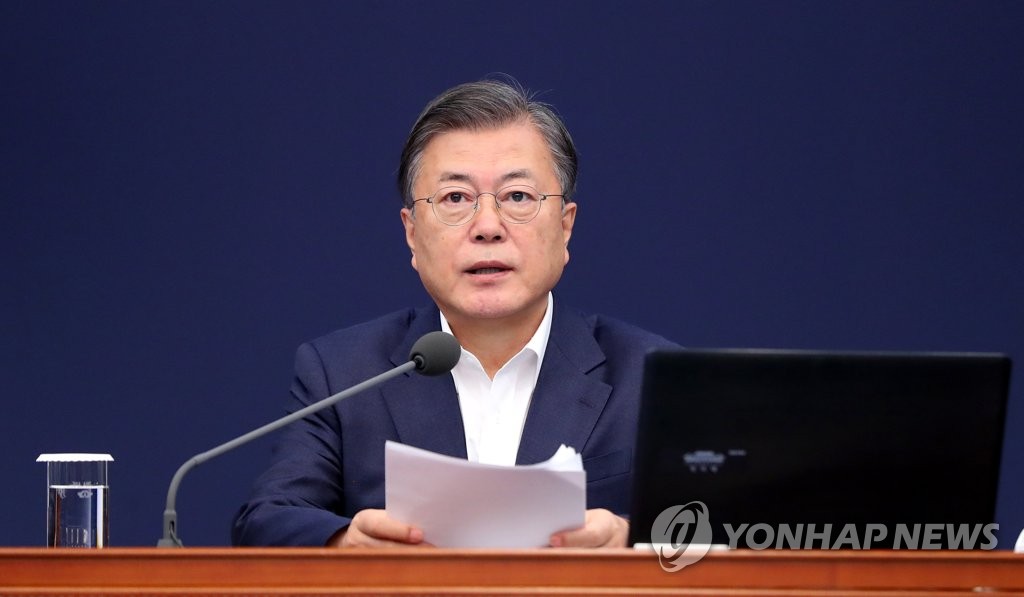 Support from Busan, Ulsan and South Gyeongsang Province climbed 4.5 percentage points to 45.4 percent. Moon also saw hikes in approval from those in their 50s and students.

Realmeter assessed that concerns over the slowing supply of "jeonse" property and other ongoing problems in the real estate market appears to have prompted the loss in confidence in the presidency and the ruling party.

Jeonse is a home rental arrangement unique to South Korea in which tenants pay a large sum of money as a deposit instead of paying monthly fees. In late July, three new laws aimed at stabilizing housing prices and protecting tenants were passed, but this has ended up freezing the jeonse market.

The polling firm also cited the DP's move in revising its party constitution to compete in next year's Seoul and Busan mayoral by-elections as a factor in the withdrawal of support from some moderates toward the ruling party.

The rule prohibits the party from fielding a candidate in a by-election if it is caused by its member losing its elected seat due to a "serious wrongdoing."