SEOUL, Nov. 2 (Yonhap) -- The defense ministry said Monday it will soon inform the bereaved family of a South Korean official killed by North Korea in September of whether it will provide them with the military intelligence collected in the course of the incident.

On Sept. 22, North Korea fatally shot the 47-year-old official, who was adrift in its side of the Yellow Sea, and burned his body, according to the South Korean military. He went missing the previous day while on duty near the western border island of Yeonpyeong.

The defense ministry has been reviewing whether to provide related intelligence to the bereaved family after Lee Rae-jin, the elder brother of the deceased official, asked for the audio file of a wiretapped conversation of North Korean troops before the killing, and video clips of the scene recorded by the South Korean military's surveillance.

"The defense ministry will provide the conclusion of our review over the request for information filed by the bereaved family tomorrow afternoon," deputy ministry spokesperson Col. Moon Hong-sik said during a regular press briefing.

Lee also filed a request for a U.N. probe last month, raising doubts about the government's announcement that his brother attempted to defect to the North. 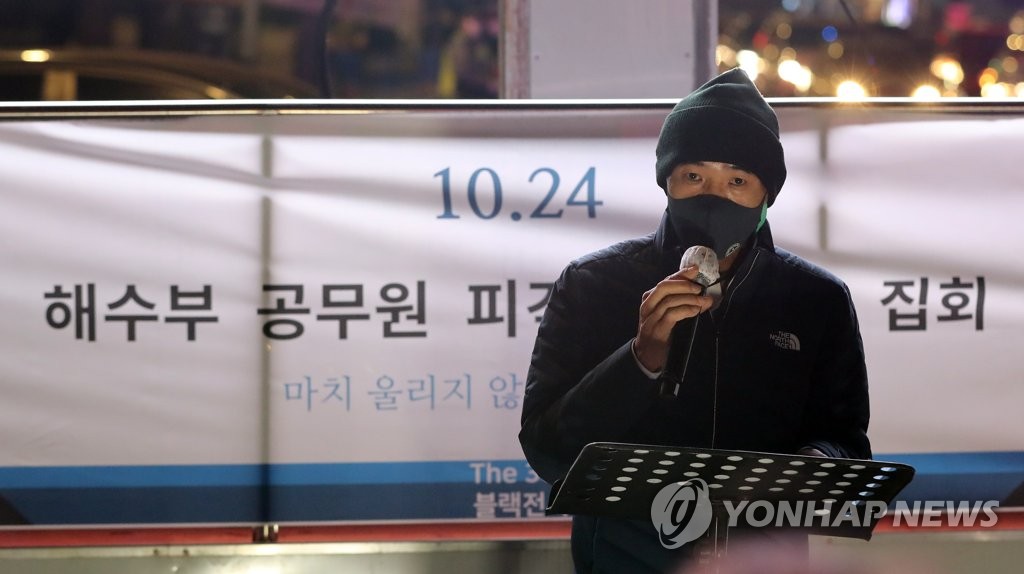