The Exynos 1080 chipset will be introduced at an event in Shanghai, China, on Nov. 12, according to the company.

Samsung has yet to unveil the specifications of the new mobile AP, but sources said it is built on a 5-nanometer process and uses ARM Ltd.'s latest Cortex-A78 central processing unit (CPU) architecture.

The latest 5G-enabled chipset is widely believed to be the successor of the Exynos 980, which was used for mid-range smartphones such as the Galaxy A series.

Foreign media have reported that the Exynos 1080 will be used in Chinese brand Vivo's X60 smartphone that is scheduled to be released next year.

Samsung was the world's fourth-largest mobile AP maker in the second quarter of the year along with Apple Inc. with a 13 percent market share, according to industry tracker Counterpoint Research. 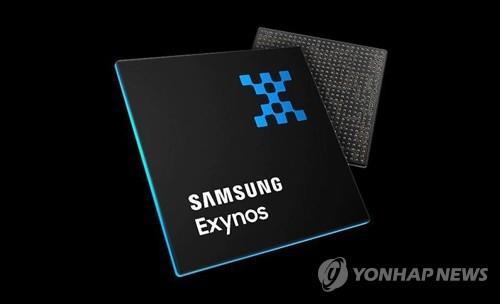 Samsung to unveil new mobile AP next week in China

Samsung to unveil new mobile AP next week in China