SEOUL, Nov. 2 (Yonhap) -- Famous TV screenwriters have been returning to small screens with sensational melodramas that have stirred up controversy over their provocative storylines but guarantee high viewership ratings.

As viewers increasingly prefer binge-watching streaming services like Netflix, only a few of the new TV series have been successful this year. Local television channels, terrestrial and cable alike, are now pinning their hopes on masters of typical Korean hit melodramas -- Kim Soon-ok, Im Sung-han and Moon Young-nam.

They are good at weaving stories with adultery, revenge, birth secrets and fatal illnesses, which have drawn not only criticism from media and the audience but also record-breaking viewership.

The new series is about three women who desire to protect their wealth, class and children. 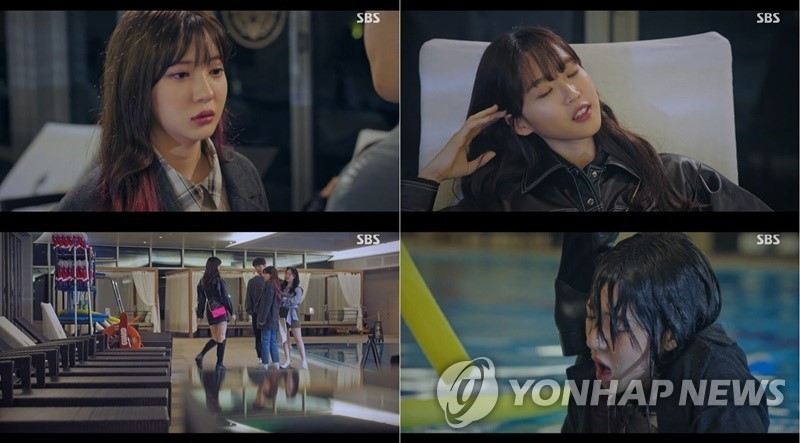 "The Penthouse" has been highly anticipated due to Kim's return after about two years following "The Last Empress" (2018) and a star-studded cast, including Um Ki-joon, Lee Ji-ah and Bong Tae-gyu.

Im Sung-han, one of the most sought-after melodrama screenwriters in the South Korean entertainment scene, is also set to come back to TV with "Marriage Lyrics, Divorce Composition" next month for the first time in five years.

The writer announced her retirement after the melodrama "Apgujeong Midnight Sun" in 2015 but changed her mind to pen a new story.

Her projects have drawn mixed reactions due to exaggerated and scandalous plots and lurid developments in her previous hit series like "See and See Again" (1998), which posted a viewership rating of 57.3 percent, the highest figures recorded by a daily soap opera, and "Miss Mermaid" (2002).

But critics pointed out that it is unsure whether their stereotypical characters and cliched themes will attract South Korean viewers who rarely watch TV and seek more well-rounded titles on other platforms.

"The environment for TV production has changed a lot," culture critic Jeong Deok-hyun said. "If they come up with worn-out storylines, they will face tough criticism."