"Historically, this building was used to recover and purify uranium from yellowcake and, in some cases, from leaching solutions from uranium milling facilities," the article read. "However, what is taking place now is unclear."

As the North's mainstay nuclear complex located north of Pyongyang, the Yongbyon facility is home to a 5-megawatt nuclear reactor that was the source of weapons-grade plutonium for the North.

"The South Korean and the U.S. intelligence authorities are carefully monitoring related movements while maintaining close coordination," JCS spokesperson Col. Kim Jun-rak told a regular briefing. "As of now, there is nothing to be noted for further explanation."

Another military official said that such signs of activity at the facility have been detected since last year, and any fresh indications do not appear to have been spotted.

In 2018, North Korean leader Kim Jong-un offered to permanently dismantle the Yongbyon facility in return for corresponding steps from the U.S. But denuclearization negotiations between Washington and Pyongyang have been stalled since the breakdown of the Hanoi summit in February last year. 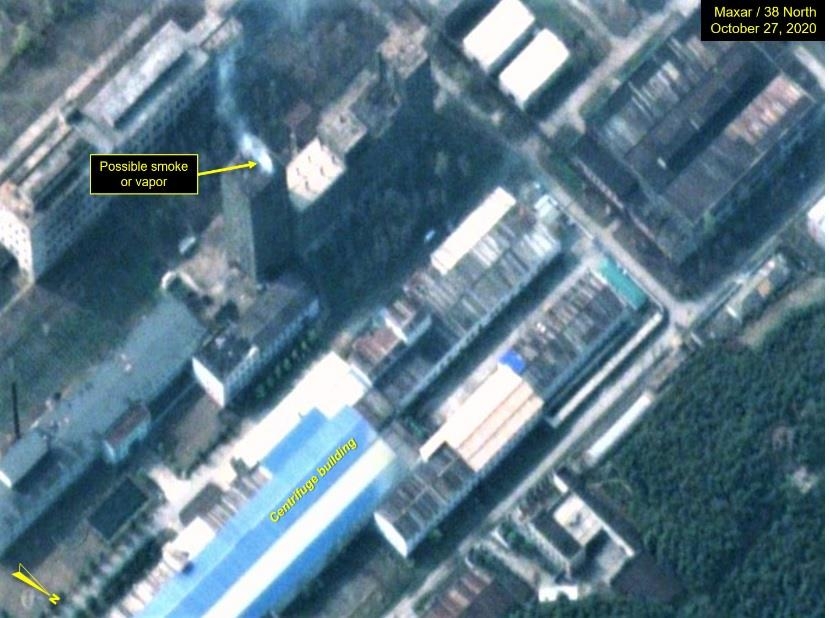