SEOUL, Nov. 2 (Yonhap) -- For their first international matches of 2020, South Korea will take on two opponents that handed them painful defeats in the recent past.

South Korea will travel to Austria next week to first play Mexico on Nov. 14 and then Qatar three days later, both near Vienna. These will be South Korea's first international matches of the pandemic-plagued 2020.

In announcing his 26-man roster for the Austria trip Monday, the head coach insisted he isn't fueled by any thoughts of revenge. 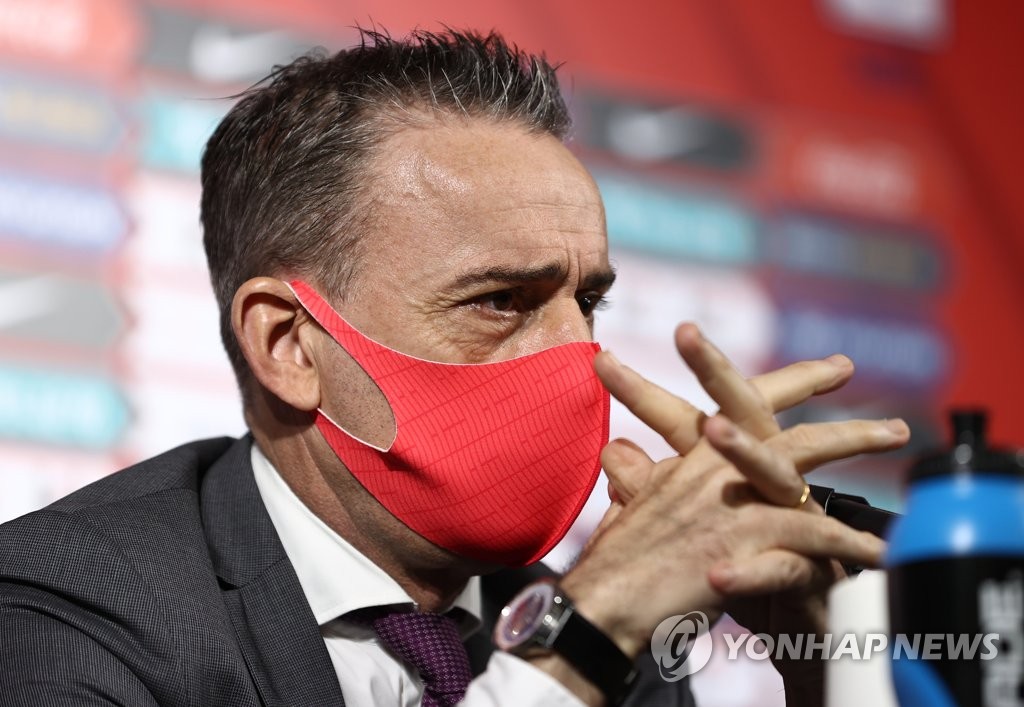 "Just because we face those teams, it doesn't give me any extra motivation," said Bento, who wasn't coaching South Korea at the World Cup. "If we get caught up in trying to take revenge, it will only increase the possibility of losing the match at hand. We have to stay focused on action on the field, and I'll remind our players of that."

Bento selected several Europe-based stars for the upcoming matches, including Son Heung-min of Tottenham Hotspur. Son is tied for the Premier League lead with eight goals this season and has 10 goals in all competitions.

Bento said it's difficult to compare Son's club performance with his international play, because circumstances are clearly different.

"On the national team, he doesn't get enough time to get on the same page with his teammates," Bento said. "I know many people are curious about what I think of him, and whether I think of him as a world-class player. He's always a consummate professional on the national team. He's humble, and all he cares about is trying to get better. I hope he'll continue to contribute to our team."

For the forward corps, Bento also picked Hwang Hee-chan of RB Leipzig. The 24-year-old is in his first season with the Bundesliga club but hasn't had much playing time. Bento said Hwang, who played in Austria and the Bundesliga's second division for the past six years, can still be a useful piece for the national team. 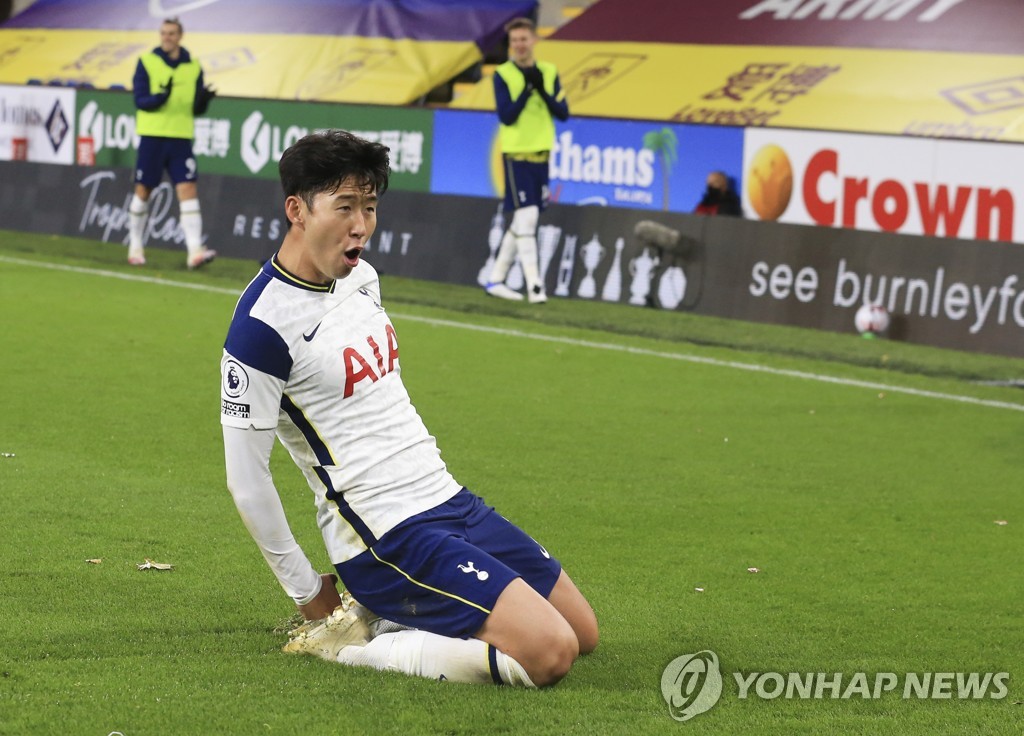 From the domestic-based talent pool, Bento selected a half-dozen under-23 players who otherwise would have been named to the Olympic team for their own November matches.

The national U-23 team, coached by Kim Hak-bum, will travel to Egypt for a friendly tournament next week. Kim said earlier Monday that he agreed to let Bento pick as many U-23 players as he pleased, because playing with and against older players could only help the youngsters down the road.

One noteworthy name is Ulsan Hyundai FC midfielder Won Du-jae, whose stock has been rising since capturing the tournament MVP award at the AFC U-23 Championship in January. Bento also picked Won for exhibition matches against the U-23 team last month. 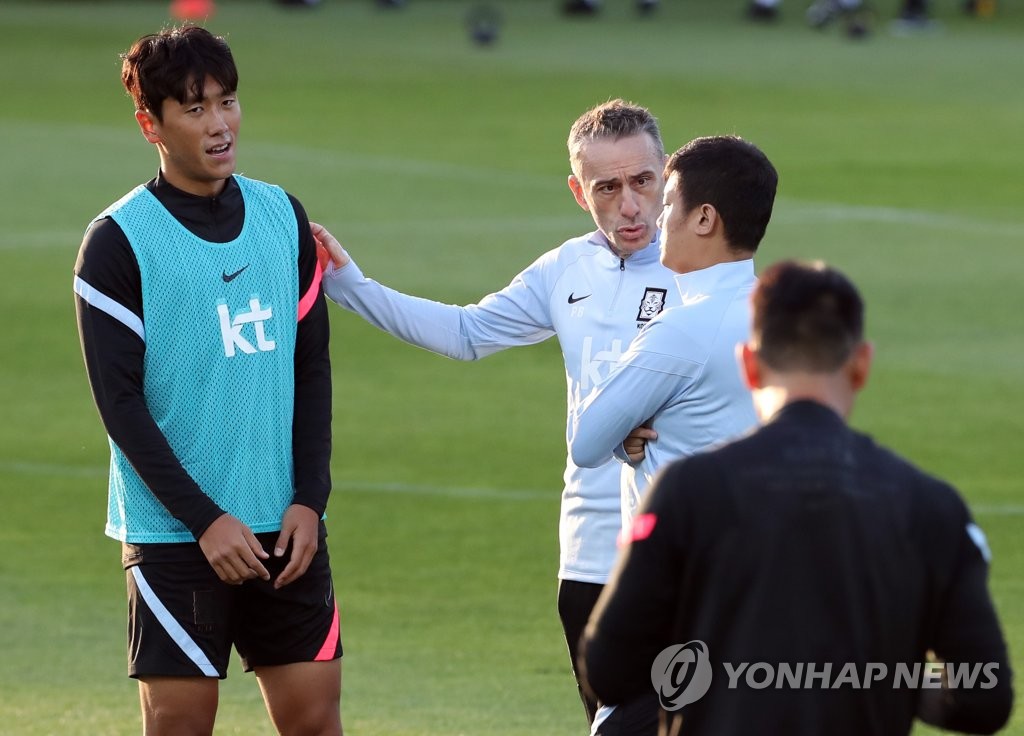 "He's such a versatile player," Bento said of Won, who was named as a defender but who can also play as midfielder. "Since we haven't had any international matches so far this year, I decided it'd be important to get a closer look at some of these young players now."

The COVID-19 pandemic has prevented South Korea from playing any matches -- with World Cup qualifiers having been pushed back and scheduling friendlies having become virtually impossible until now.

Bento said he was "thankful" for the opportunity this month, and said he and the rest of the team will adhere to COVID-19 protocols during their stay in Austria and return home healthy. 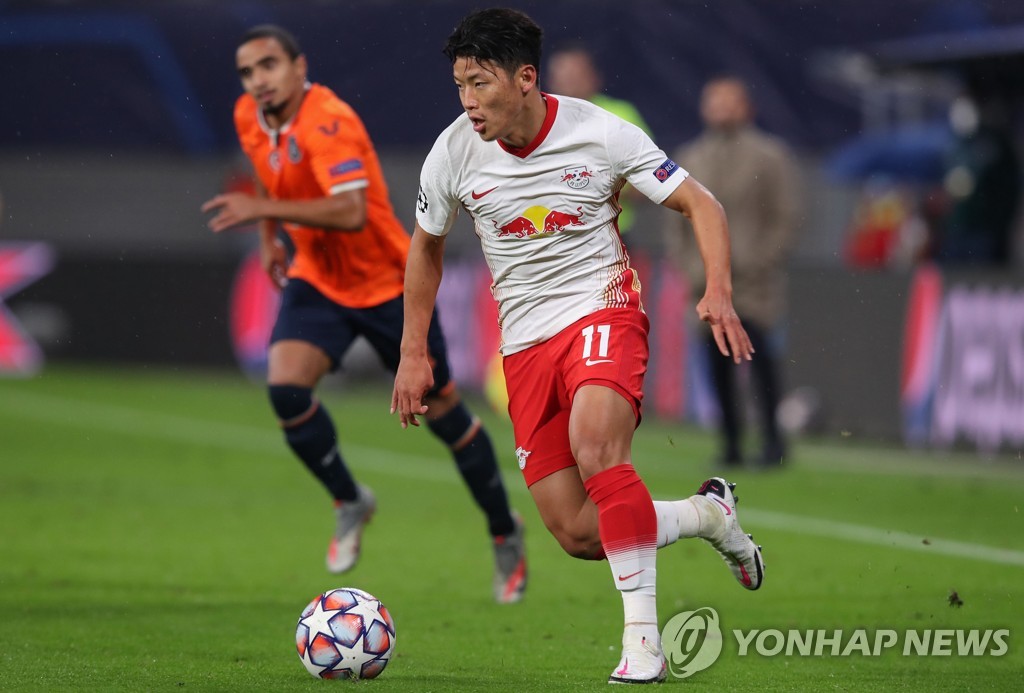 Revenge not on mind for S. Korean men's football coach ahead of Nov. friendlies

Revenge not on mind for S. Korean men's football coach ahead of Nov. friendlies