SEOUL, Nov. 2 (Yonhap) -- The top two starting pitchers for the Doosan Bears have been shortlisted for the top player award for October in South Korean baseball.

The Korea Baseball Organization (KBO) announced five candidates for the Player of the Month award for October, the final month of the regular season. 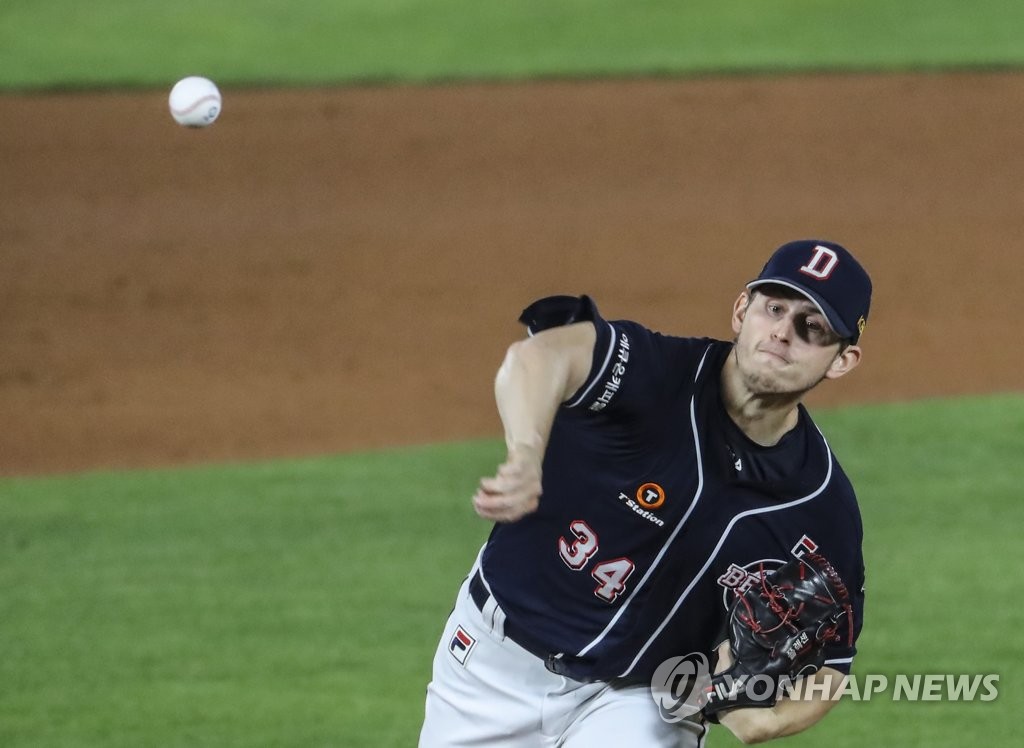 Right-handers Chris Flexen and Raul Alcantara, the one-two punch at the top of the Bears' rotation, headline the list.

Flexen, who'd missed time earlier in the year with injury, capped off his first KBO season with a 4-0 record and a league-best 0.85 ERA in five October starts. He struck out 42 in just 31 2/3 innings to also lead the league in October.

Alcantara won all six October starts while posting a 1.34 ERA. He had 41 strikeouts in 40 1/3 innings. He led all pitchers in wins in October and finished second behind Flexen in ERA and strikeouts. Alcantara won his final regular season start last Friday to finish with the league-high 20 wins for the season. 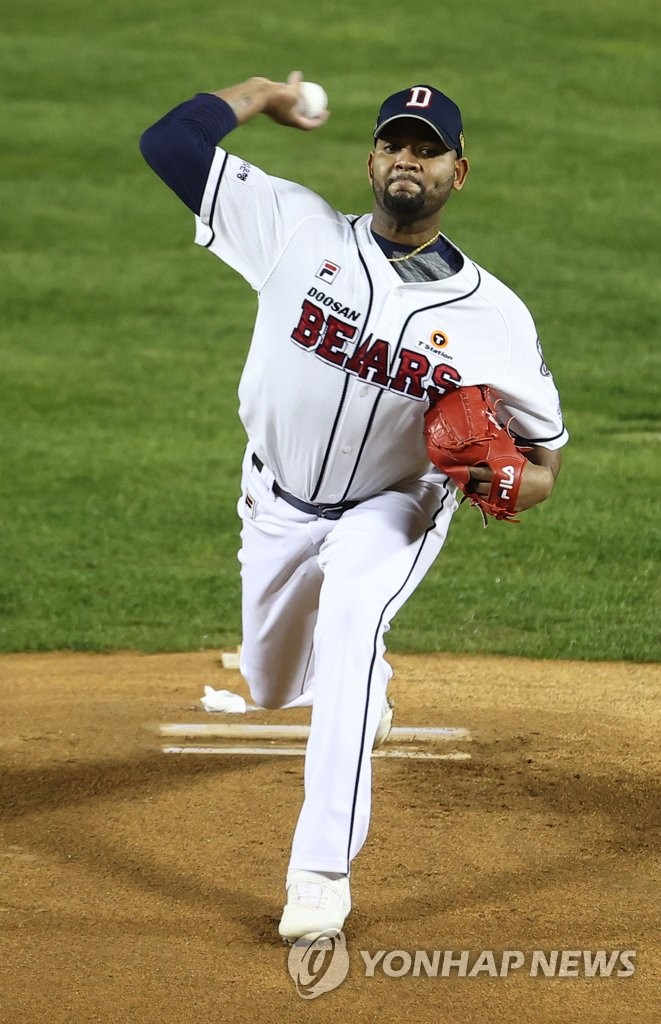 Rojas batted .388/.480/.788 with nine homers, 24 RBIs and 23 runs scored. He led all batters in runs, on-base and slugging percentages, and came in second in batting average and RBI. 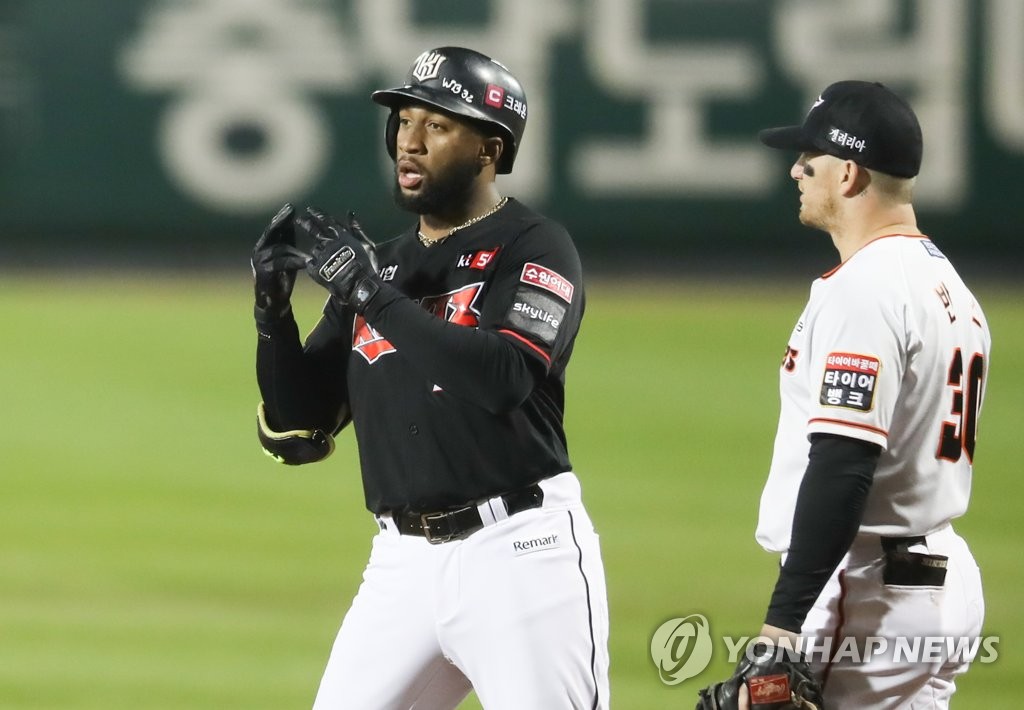 Choi clinched the batting title by batting a league-best .400 in October. He also hit 10 homers and drove in the league-best 32 runs. A combination of media votes and online fan votes will determine the winner, to be announced Sunday. The winner will receive 2 million won (US$1,760) in prize money and a gold bar worth 600,000 won, courtesy of the league's title sponsor, Shinhan Bank.