Under the current three-tier system introduced four months ago, the entire nation has been usually put under the same distancing level regardless of regional differences in new COVID-19 cases and the emergence of infection clusters in specific districts.

The new scheme set to take effect Saturday breaks up the current three levels into five -- Levels 1, 1.5, 2, 2.5 and 3 -- while the nation will be divided into seven zones, with the level of each zone determined based on the average number of daily infections per week. 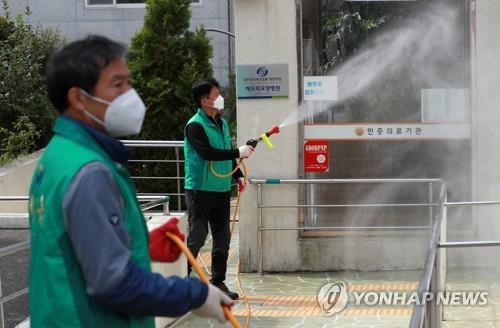 The metropolitan government of Busan, 450 kilometers southeast of Seoul, plans to follow the central government's new social distancing guidelines, though some city officials and residents are concerned about side effects from the city being bound together with neighboring Ulsan and South Gyeongsang Province as a single bloc in the new seven-zone division scheme.

They say, for instance, that Busan, Ulsan and South Gyeongsang will all be subject to singular social distancing measures, even if one of the three reports a large number of new cases and the other two have no new outbreaks of infections.

"Recently, more than 80 COVID-19 patients were traced to an elderly nursing home in Busan, forcing authorities to put only the concerned district under extraordinary social distancing measures. Such a move worked to some extent. Grouping Busan, Ulsan and South Gyeongsang into a single quarantine bloc sounds somewhat unreasonable," a Busan citizen surnamed Kim said.

The metropolitan government of Gwangju, 330 km south of Seoul, also plans to readjust its social distancing rules in accordance with the central government's policy.

Gwangju lowered its distancing measures to Level 1 on Oct. 12 but will be required to shift to Level 1.5 if more than 30 new daily cases are reported for a week from Gwangju and neighboring South and North Jeolla provinces combined. Gwangju will also impose mandatory quarantine guidelines on its multi-use facilities, such as department stores, beauty salons and restaurants.

In Daegu, the municipal government is planning to readjust quarantine measures for clubs and other high-risk facilities, and aims to strengthen facility management in order not to be forced to raise its social distancing measures to Level 1.5.

Daejeon, Jeju and almost all other cities and provinces will also fine-tune their social distancing guidelines in line with the central government's latest decision.