SEOUL, Nov. 2 (Yonhap) -- President Moon Jae-in predicted Monday that South Korea's economy will be able to return to a normal track in the first half of next year if the current trend of economic rebound from the new coronavirus pandemic continues in the fourth quarter.

"When reviewing recent indicators, we can see that the economy is rapidly recovering by overcoming the recent difficulties," Moon said during a weekly meeting with his senior Cheong Wa Dae aides.

"If the trend of economic rebound continues in the fourth quarter, our economy will be able to return to its normal trajectory in the first half of next year after recovering from the COVID-19 shock," he added.

South Korea's industrial output, consumption and facility investment increased 2.3 percent on-month in September, in a sign that the nation's economy may be on track toward a mild recovery from the coronavirus pandemic-caused slump.

In the July-September period, the nation's real gross domestic product (GDP) also grew 1.9 percent from the previous quarter, when it shrank 3.2 percent. The third-quarter reading marked the fastest expansion since the first quarter of 2010. 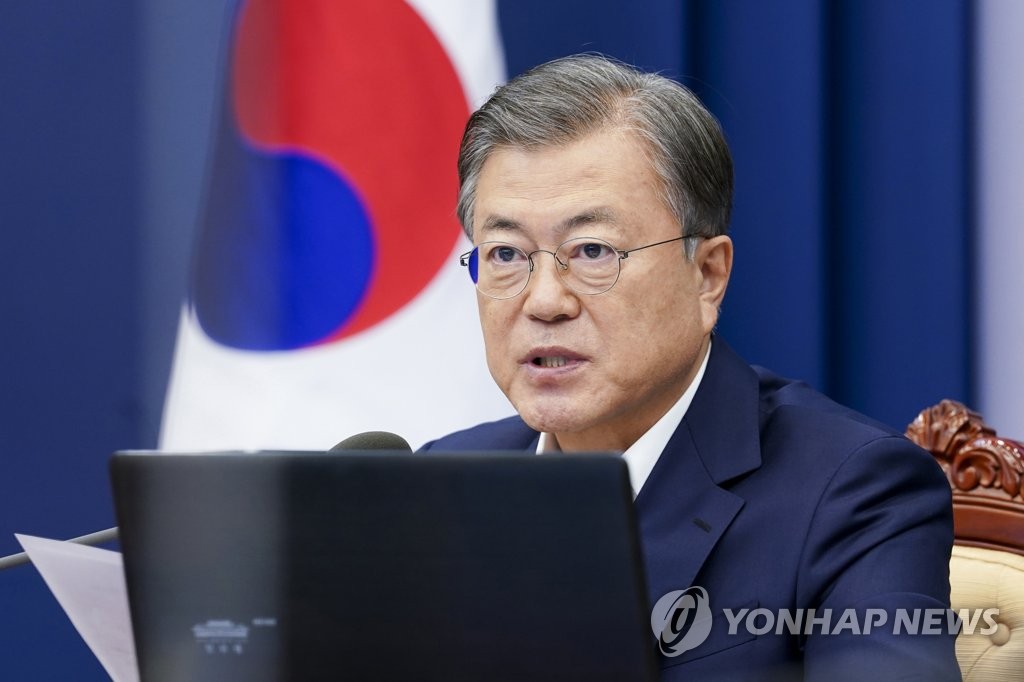 Moon credited the country's exports as the leading factor in the overall economic rebound.

"October's daily average exports rebounded to a net positive figure for the first time in nine months since January. This is a priceless achievement amid the withering of international trade," Moon said.

The president, however, cautioned against excessive optimism, citing blockade measures in countries such as France and Germany. "We cannot ease our minds as domestic cluster infections remain persistent, too."

Moon stressed that the nation must raise the nation's economic vigor while maintaining and boosting the vigilance against COVID-19. He also stressed the need to boost the competitiveness of manufacturing in cutting-edge sectors.

"Together with the people, the government will develop the nation into a model economy, on the heels of having developed the country into a model nation of the antivirus fight." 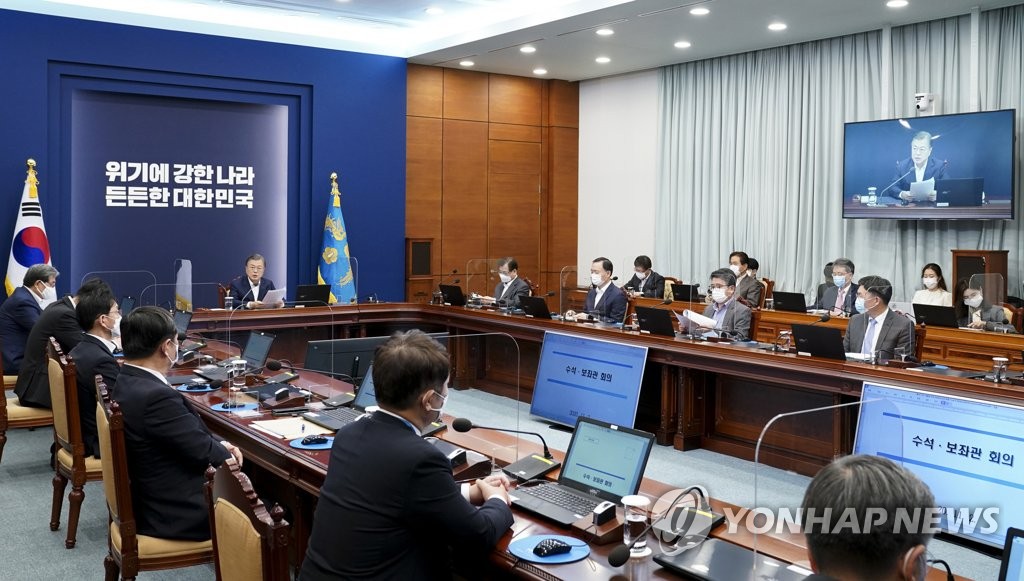 Economy will recover from fallout, return to normal trajectory in H1 2021: Moon

Economy will recover from fallout, return to normal trajectory in H1 2021: Moon