SEOUL, Nov. 2 (Yonhap) -- Subcontractors and freelancers saw their incomes drop by an average of 69.1 percent in the early days of the coronavirus pandemic, government data showed Monday.

The labor ministry said it conducted a partial survey of the nearly 1.7 million workers who received emergency employment relief funds from the state starting in July and found that the drop became sharper as incomes got lower. 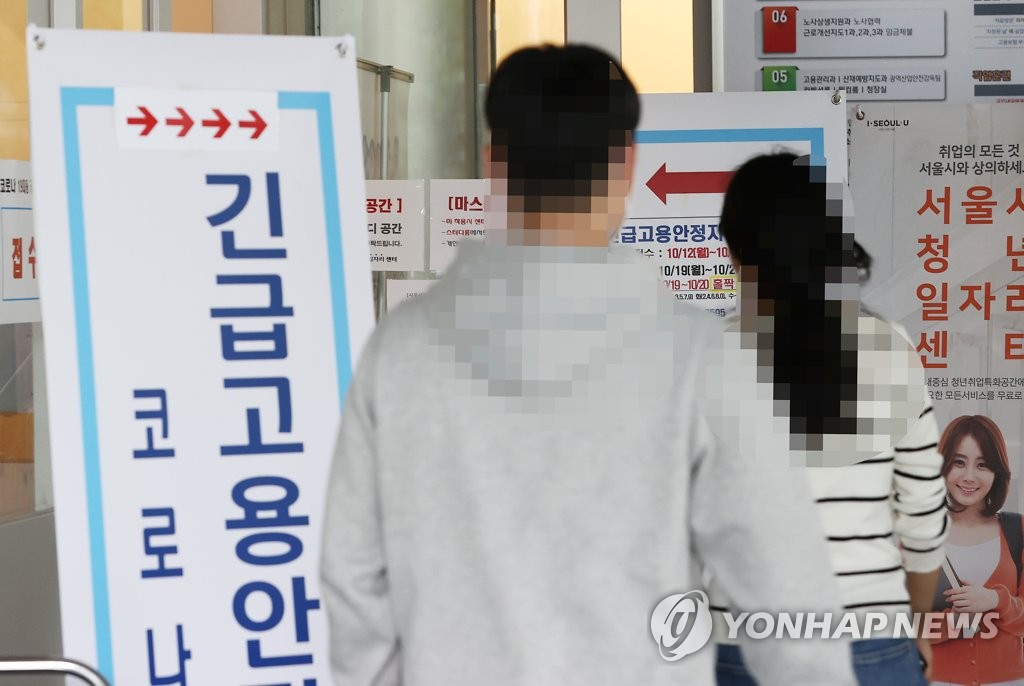 The handouts were given to subcontractors, freelancers and small business owners whose incomes in March and April were at least 25 percent less than what they earned during a comparable time period of their choice -- March, April or December of last year or January of this year -- or last year's monthly average.

The ministry used documents submitted by the applicants, such as proof of income, to calculate the pandemic's effect on earnings.

Among subcontractors and freelancers, those whose incomes were in the lowest 10 percent saw the biggest decrease in income at 75.6 percent, while those with incomes in the 40-50 percent bracket only saw a decrease of 55.7 percent.

Many saw their incomes drop by 60 percent or more. Their numbers accounted for 66.2 percent of all home tutors, followed by 50.3 percent of loan sales agents, 48.2 percent of construction and machine workers, 42.8 percent of substitute drivers and 40 percent of insurance planners.

Small business owners were excluded from the survey due to limitations in statistical methods, including distinguishing between income and sales.

Subcontractors, freelancers saw 69 pct drop in income due to pandemic

Subcontractors, freelancers saw 69 pct drop in income due to pandemic