DAEGU, Nov. 2 (Yonhap) -- An operator of the controversial Digital Prison website was indicted on Monday for allegedly violating privacy law by disclosing personal identities of suspected sex offenders and other criminals.

He was arrested by police last month, after being captured in Vietnam and repatriated to South Korea.

Police said the suspect allegedly opened an account on Instagram in March to share private information about Cho Ju-bin, a 24-year-old indicted for blackmailing victims, including underage girls, into providing sexual videos and photos to a pay-to-view Telegram chat room. And he expanded the account to a full-blown website to post private information of 176 alleged sex offenders, murderers and other criminals to socially punish them.

The website was allegedly meant to protest against what the public sees as an unfair criminal justice system, but concerns have been raised that it could punish falsely accused people.

In July, a 20-year-old university student, whose private details were made public on the site, was found dead in an apparent suicide. He denied the allegation on his school's online forum before taking his own life. In another case, a psychiatrist in Seoul was proven innocent by police after being wrongly accused in June of trying to buy sexual exploitation content online.

The website shut down in early October and briefly resumed service for a few days under another operator. But it has remained closed since the suspect was arrested. 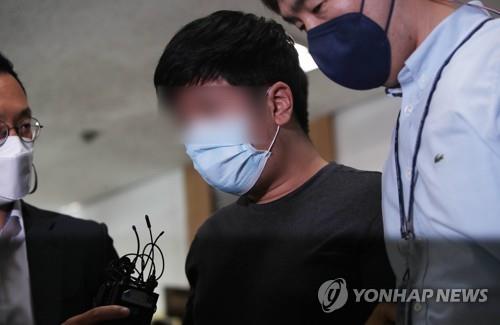