In a meeting of a pan-governmental special policy committee on fine dust, Chung stated that efforts toward reaching a social consensus on achieving carbon neutrality "will serve as a process in creating an opportunity for social coexistence and a chance for a transformational leap" for the nation.

"We will take necessary measures toward carbon neutrality by 2050 based on a nationwide social agreement," the prime minister said at the meeting held at the government complex in Seoul. 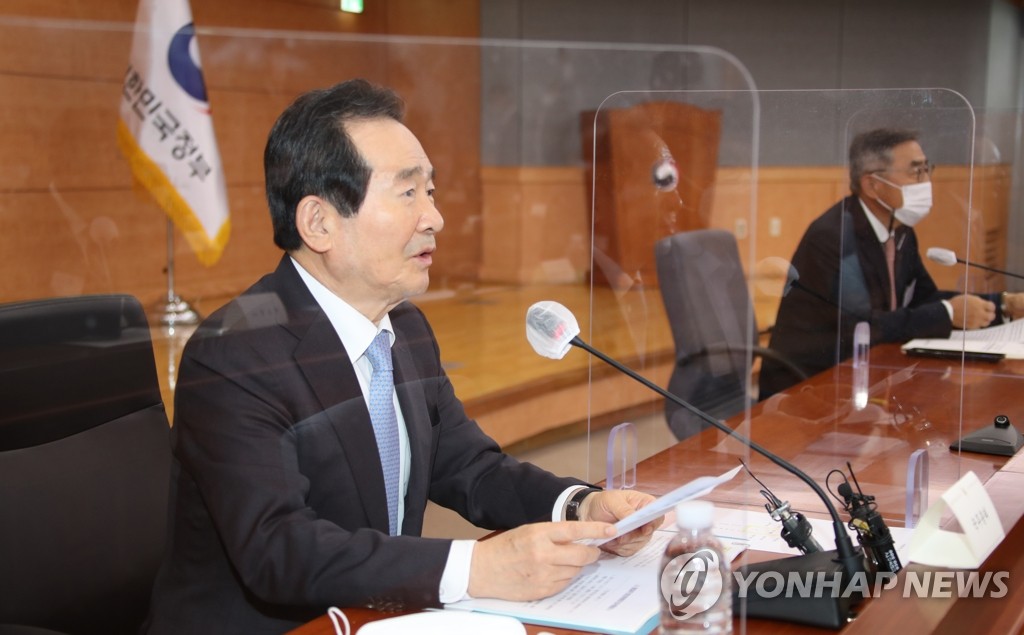 In his speech on next year's state budget last week, President Moon Jae-in unveiled an ambitious plan to push the country to reach carbon neutrality by 2050 to actively respond to the global climate change emergency.

Chung also pledged to boost measures to cut down the level of fine dust, considered one of the biggest and most pressing environmental threats among South Koreans.

"We've seen more blue skies this year thanks to comprehensive measures, including a new seasonal management program against fine dust. But the situation can become worse at any given moment from meteorological elements amid the upcoming winter," Chung said.

During its meeting, the special committee on fine dust decided to hold regular working-level talks with China to tackle health and environmental problems concerning fine dust blowing in persistently from the neighboring country.

The committee decided to pursue exchanges of anti-fine dust measures between the meteorological authorities of Seoul and Beijing and hold regular working-level meetings on tackling fine dust problems at least twice a year.

The two nations plan to hold a bilateral policy exchange meeting and workshop on air pollution issues next month, followed up by a meeting to evaluate the delivery performance of the bilateral Blue Sky Plan, a framework for cooperation in the two nations' air sector signed in November of last year.