It means Addison Russell, former National League All-Star for the Chicago Cubs, will start the Wild Card game against the LG Twins on the bench. 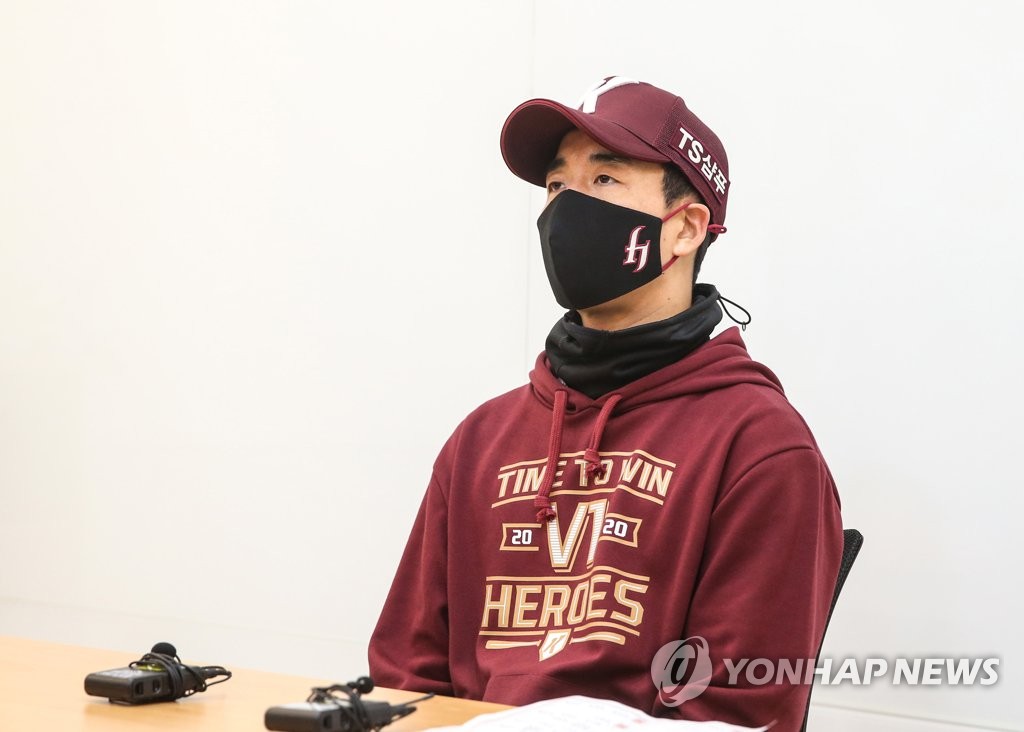 This is clearly not how the Heroes or Russell himself had envisioned the season would turn out when the 26-year-old made his KBO debut in July with much fanfare. Just four years ago, he was an everyday shortstop for the World Series-winning Cubs.

"Russell will come off the bench when we need a run in late-inning situations," Kim said at Jamsil Baseball Stadium in Seoul. "We'll try to put him in a spot where he can succeed. It was a difficult decision (not to start him)."

Perennial All-Star Kim Ha-seong will play shortstop, and utility player Kim Hye-seong is getting the start at second base.

As the lower seed, the Heroes must win Monday to force another Wild Card game for Tuesday, which they also must win to advance to the next stage. The Twins only need a tie Monday to eliminate the Heroes.