SEOUL, Nov. 2 (Yonhap) -- South Korea's military intelligence community told a parliamentary committee Monday that there are multiple pieces of circumstantial evidence indicating that the North Korean military incinerated the body of a South Korean fisheries official at sea in September.

Officials at the Defense Intelligence Agency (DIA) under the defense ministry made the remarks during the annual National Assembly audit of its work, according to participants in the session.

"There are various other grounds," a DIA official was quoted as telling lawmakers in response to a question of whether there was more evidence aside from the military's initial claim to have witnessed the flames of the fire apparently burning his body for about 40 minutes. The North earlier stated that its border guards had burned a "floating material," not the official's body, when he drifted into its waters on the material across the inter-Korean sea boundary. The body remains unaccounted for. 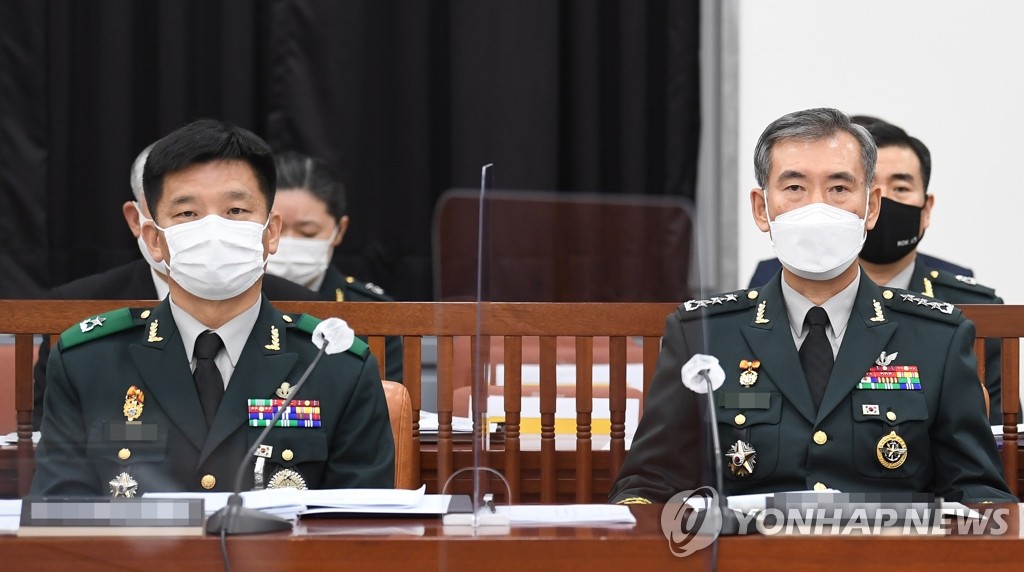 The military official, however, refused to divulge details about the other pieces of evidence.

After the fisheries official was shot to death, the South Korean authorities said in their initial announcement that the North Korean military committed the "atrocity" of shooting at him and burning his body.

Amid the controversy over the conflicting accounts, Seoul's Defense Minister Suh Wook told parliament last month that the military had caused concern for citizens by using "too conclusive an expression about a presumed fact."

During the Monday session, meanwhile, the DIA said that it is analyzing whether an intercontinental ballistic missile, which Pyongyang showcased during a high-profile military parade last month, is an upgraded version of the existing missile or a brand new one.