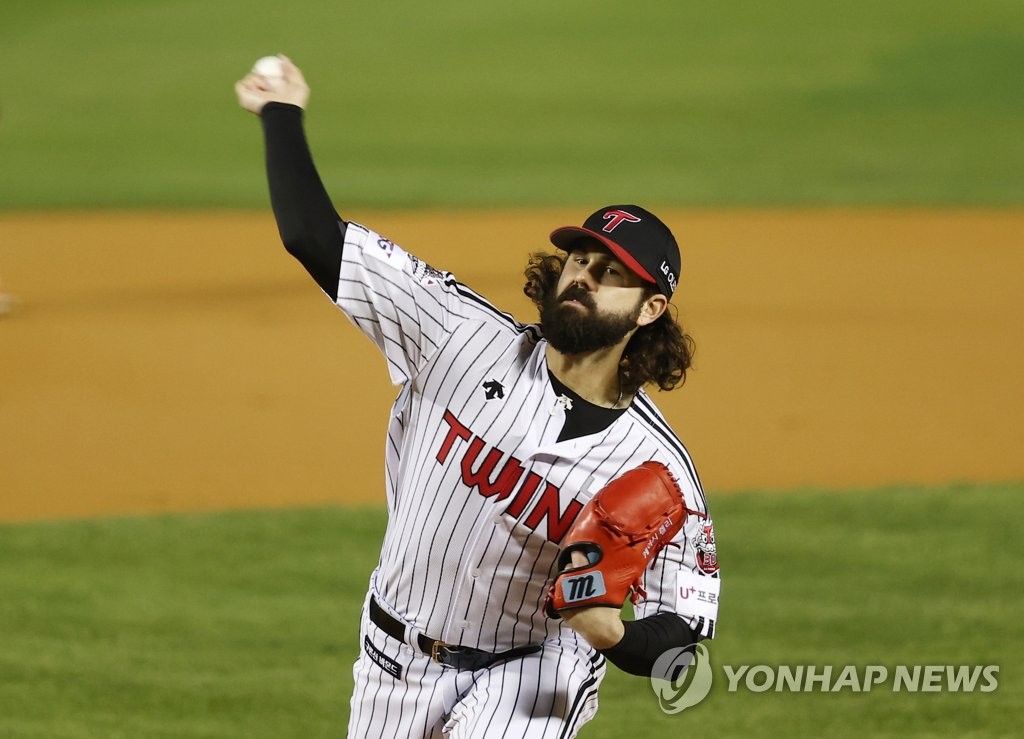 Kelly looked dominant early, as he recorded six strikeouts through three perfect innings. He struck out four straight batters at one point to set a Wild Card game record.

Kelly looked a bit wobbly in the top of the fourth inning. After one out, Kelly gave up a double and then a single that scored the Heroes' first run, and he then walked cleanup Park Byung-ho on four pitches.

A fielder's choice groundout put runners at the corners, but Kelly ended that rally by striking out Kim Hye-seong.

His counterpart, Jake Brigham, served up a solo home run to Chae Eun-seong with two outs in the first inning. On the very next pitch, Robert Ramos drove one deep to left field, and left fielder Huh Jung-heop had to make a tough jumping grab at the wall.

Brigham settled down afterward, piecing together four straight hitless innings and allowing just one baserunner via a hit-by-pitch.

Brigham pitched into some trouble in the sixth. Following a one-out walk, Chae dumped a broken-bat single to shallow left to put men at the corners.

Ramos, he of 38 regular season homers, stepped in, but he swung on the first pitch and flied out to center field to let Brigham off the hook.

Kelly then blinked in the top of the seventh, as he served up a towering solo home run to Park Byung-ho that put the Heroes ahead 2-1.

Brigham was in line for his first career postseason victory, but then two straight singles after one out in the seventh chased him from the game,

Reliever An Woo-jin walked in an inherited run for a 2-2 tie, with the run being charged to Brigham and the victory snatched away from his hands. 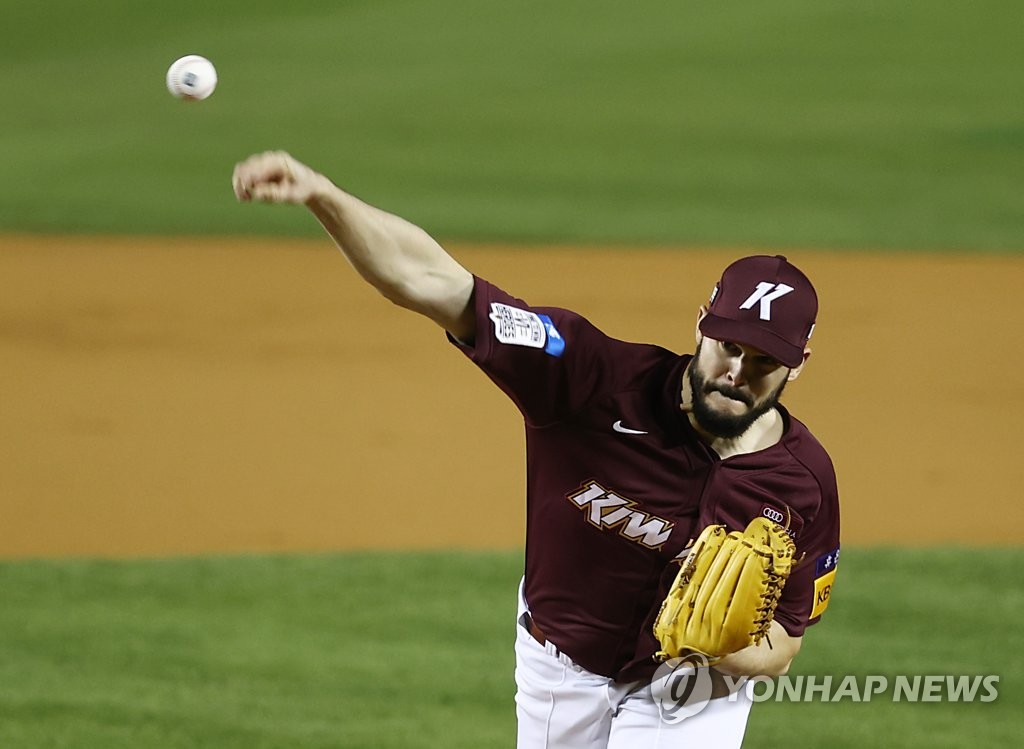