Shin came through with a 13th-inning walkoff single for the Twins' 4-3 victory over the Kiwoom Heroes in the Korea Baseball Organization (KBO) Wild Card game on Monday. The 24-year-old didn't just get his first career postseason hit; it was also Shin's first plate appearance ever in the postseason, period. 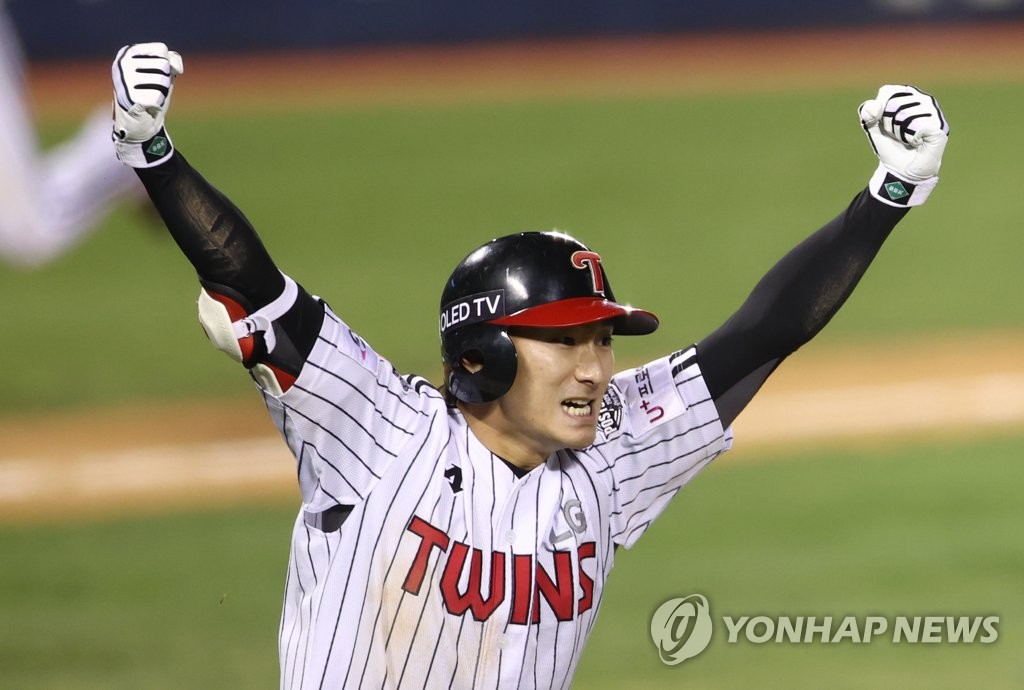 And even in Monday's game at Jamsil Baseball Stadium in Seoul, Shin almost didn't get to bat. He only entered the game in the bottom 12th as the pinch runner for Kim Hyun-soo, who'd reached with an infield single. Shin got doubled off at first base when Chae Eun-seong lined out to second baseman Addison Russell, who made a leaping grab and quickly threw to first base to complete the back-breaking double play for the Twins.

The Heroes scored in the top 13th to take a 3-2 lead. The Twins battled back in the bottom half of that inning, tying the score with two outs on Lee Chun-woong's pinch-hit infield single. 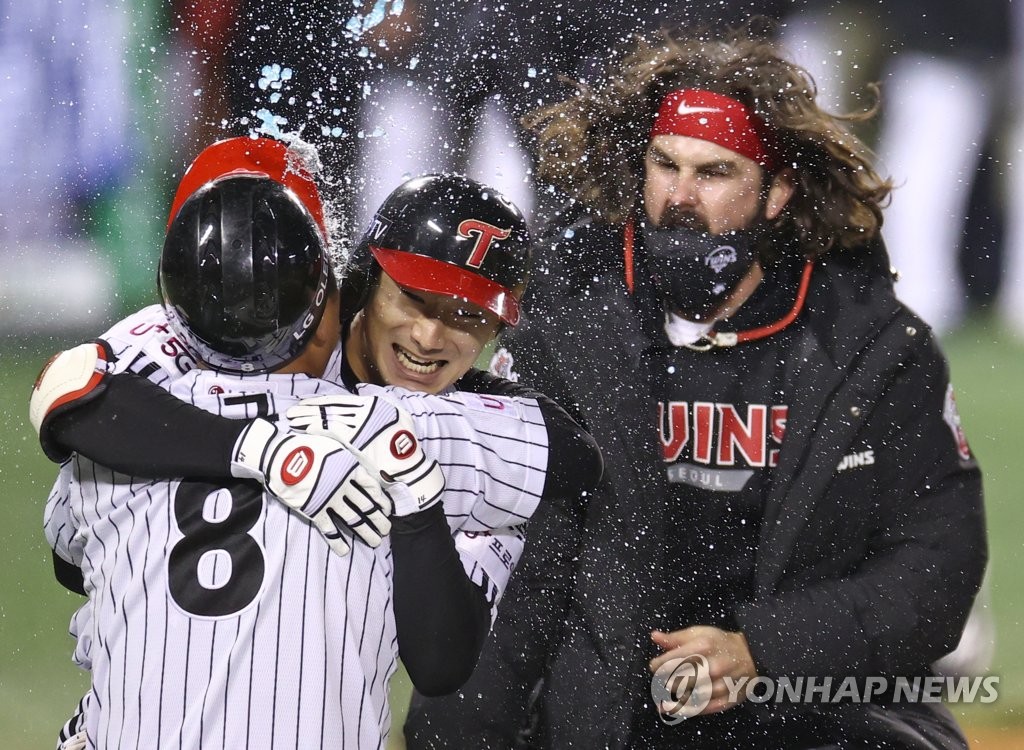 Facing Hong Chang-ki, Kiwoom reliever Kim Tae-hoon threw a wild pitch that allowed Lee to take second base. And with the first base open, Kim intentionally walked Hong to bring the double play in the equation.

And Shin came to the plate for his first postseason at-bat. Kim missed the zone badly with his first two pitches against the light-hitting Shin, who has zero regular season homers in 149 career games over his first two seasons.

The count was now in his favor, and Shin knocked a fastball into right-center field for the walkoff victory.

Shin's only previous postseason appearance came as a pinch runner during last year's first round. When he finally got his first at-bat, Shin made it count.

Shin said he heeded advice from hitting coach Lee Byung-kyu and fed off the energy from his teammates in the dugout.

"Before my at-bat, coach Lee said the pitcher would keep coming with fastballs because he didn't want to throw a wild pitch," Shin said. "I took two high fastballs for balls, and I figured I could get my bat on it if it came near the zone. I thought about maybe taking a few pitches, but on a 2-0 count, I just wanted to swing the bat."