The country added 75 more COVID-19 cases, including 46 local infections, raising the total caseload to 26,807, according to the Korea Disease Control and Prevention Agency (KDCA).

The figure marked a fall from Monday when the triple-digit growth fell back to double digits for the first time in six days, the KDCA said. 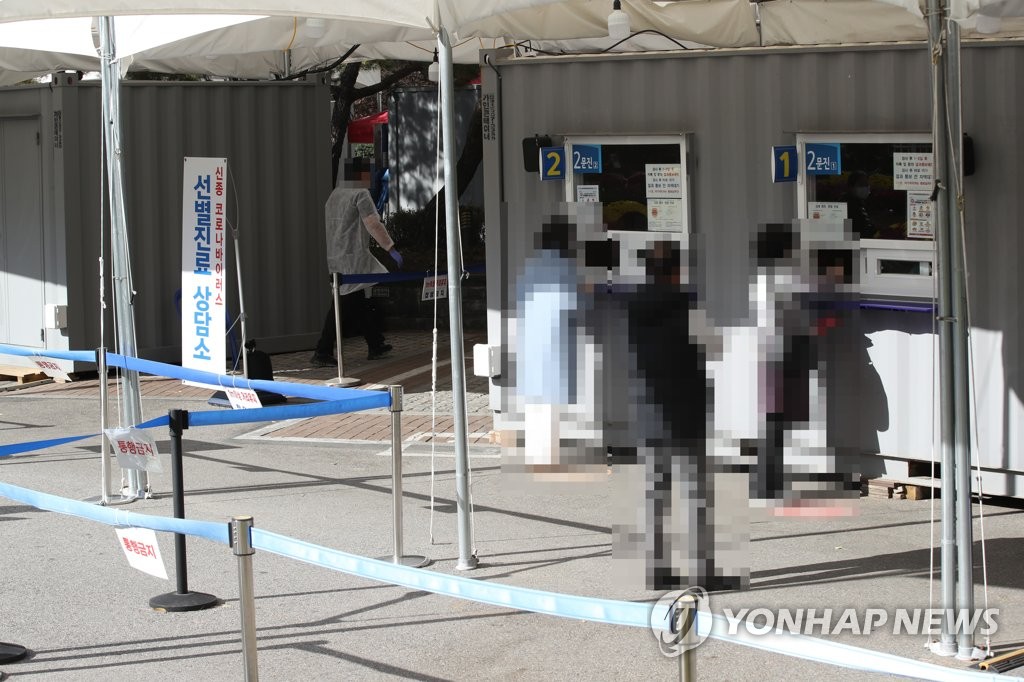 The number of locally transmitted cases slipped below 50 for the first time in two weeks, while 29 were infected abroad, it said.

The latest cases came mostly from senior nursing homes, hospitals and other facilities, but sporadic community infections have taken place at small gatherings of family and friends across the country.

With the continued infections at nursing homes, health authorities plan to carry out large-scale virus tests among seniors at such facilities to prevent the spread of the virus at an early stage.

"Preemptive (COVID-19) tests in nursing homes in the Seoul metropolitan area and other provinces since mid-October helped discover 22 cases in advance and prevented virus spread," Health Minister Park Neung-hoo said in a meeting with health officials.

"The government will expand the preemptive tests in consultations with provincial governments across the nation and other regular tests as precautionary measures."

Health authorities are still on guard against case increases this week as young people gathered at clubs and bars in Seoul for Halloween parties over the weekend in the middle of eased social distancing measures.

On Sunday, the authorities announced a new five-tier social distancing scheme with more specific and tailored antivirus steps, four months after the government made public the three-tier guidelines.

If the current trend continues, the government is expected to maintain the Level 1 social distancing scheme under revised antivirus measures, which is imposed when the daily infections in the Seoul metropolitan area remain below 100. 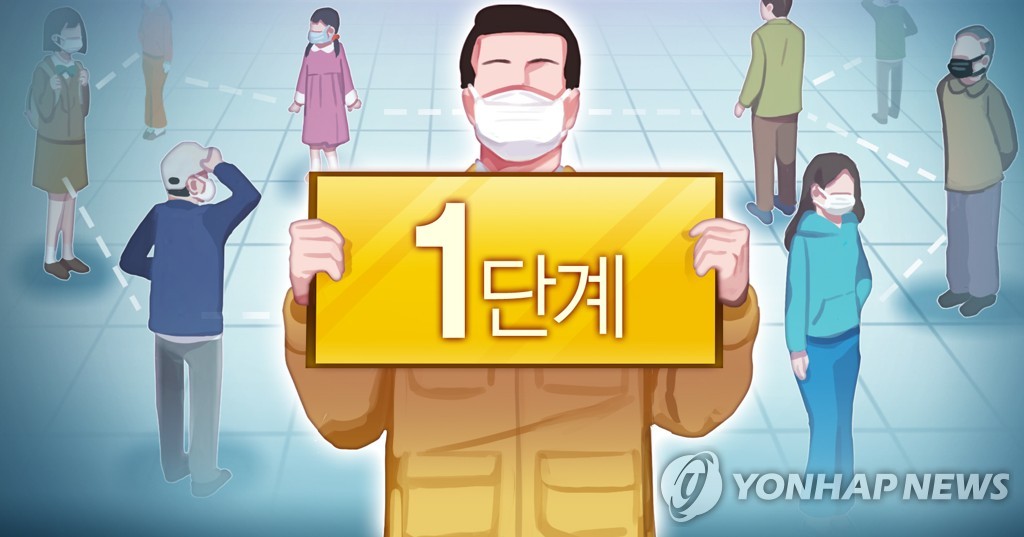 A total of 47 patients have received blood plasma from those who recovered from the virus at eight medical facilities, it said.

The KDCA said 729 COVID-19 patients in critical condition have been given remdesivir at 65 hospitals, an experimental drug conventionally used for Ebola.

The agency said the virus is far from being contained, warning additional cases could occur from year-end parties and autumn travels.

"The COVID-19 has entered the new phase of pandemic as the number of patients across the world is expected to top 50 million next week," KCDC Deputy Director Kwon Jun-wook said in a briefing. "Transmission of the virus is currently stagnant thanks to social distancing, but there is always the possibility of explosive growth at any time."

By region, 21 new virus cases were reported in Seoul and 15 cases in Gyeonggi Province that surrounds the capital. The greater Seoul area is home to around half of the nation's 51.6 million population.

A sauna in Gangnam Ward added one new case to raise the number of its confirmed cases to 38.

At a rehabilitation center in Gyeonggi Province, three additional cases were found, increasing the number of its confirmed cases to 156.

A nursing home in Gunpo, Gyeonggi Province, had three additional patients to bring the number of confirmed cases to 62.

The number of seriously or critically ill COVID-19 patients came to 52 as of midnight, slightly up from 49 the previous day.

The country added 29 more imported cases mainly from the United States and Europe, with 12 Americans, the KDCA said.

The total number of people released from quarantine after making full recoveries came to 24,510, up 115 from the previous day.