SEOUL, Nov. 3 (Yonhap) -- The first snow of the season fell on Mount Seorak near the east coast on Tuesday as temperatures nationwide dipped below 5 C, the weather authorities said.

According to the Korea Meteorological Administration, snow also fell on the peaks of Mounts Taebaek, Sobaek and Gwangdeok.

The morning low in Seoul was 2 C, but the wind chill was minus 1 C.

As of 6 a.m., the morning low ranged from minus 3.2 C in Yeoncheon County, Gyeonggi Province, to minus 7.7 C on Mount Seorak and minus 10 C in Gyeryong, South Chungcheong Province.

The KMA forecast 3-5 C lower temperatures for Wednesday morning, saying Seoul is expected to reach minus 1 C, its lowest this fall.

After that, the mercury will climb in most parts of the nation but likely remain below 5 C in the mornings, the KMA said. 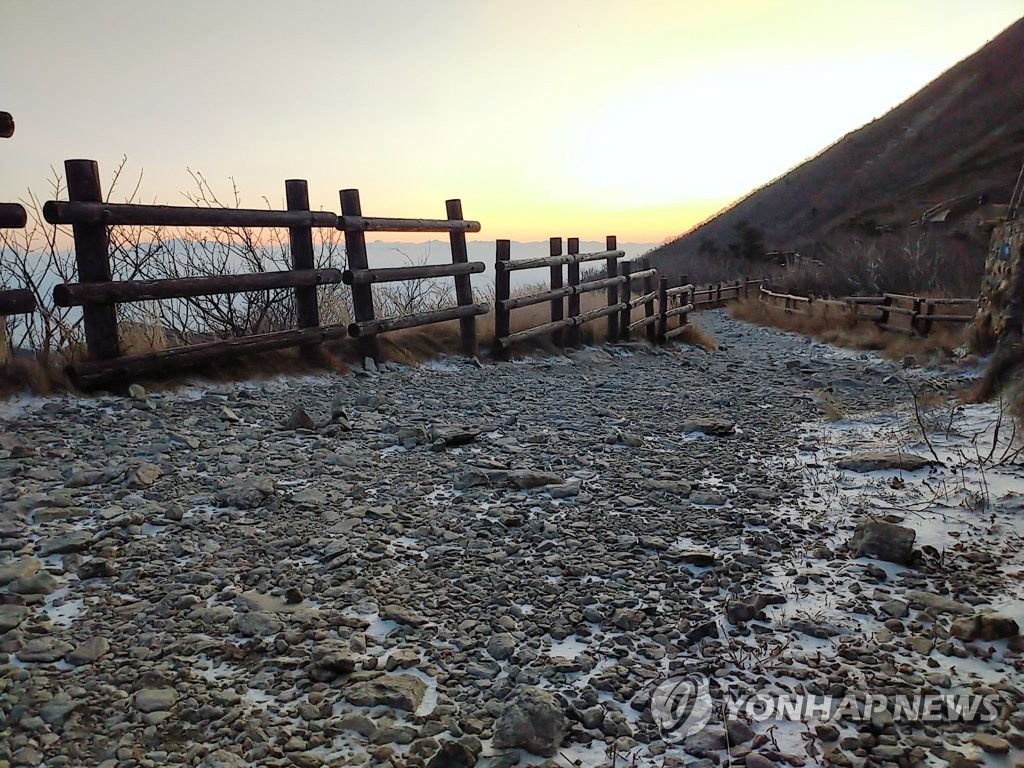