SEOUL, Nov. 3 (Yonhap) -- South Korea launched a new Air Force unit Tuesday in charge of operating the country's key reconnaissance assets, such as the RQ-4 Global Hawk aircraft, in a move to enhance the country's capabilities to monitor threats from North Korea and beyond, officials said.

As the country's first reconnaissance wing, the 39th Reconnaissance Wing stationed at an air base in the central city of Chungju will operate five types of key Air Force reconnaissance assets, including the advanced unmanned Global Hawk aircraft, RF-16 and RC-800 Geumgang reconnaissance aircraft, and a medium-altitude unmanned aircraft system, according to the military.

So far, those assets were managed by the 39th reconnaissance aircraft group assigned to the 19th Fighter Wing, but the military elevated the status of the group and reorganized it as a separate body, officials said.

"We've decided to create a new wing as a key strategic unit to operate newly introduced assets and to boost our reconnaissance capabilities to better prepare for future warfare," the Air Force said in a statement. 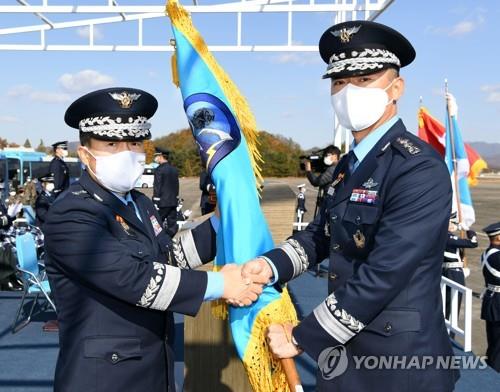 Those aircraft equipped with advanced radar and sensors will be capable of detecting any unusual signs regardless of weather conditions, and acquiring diverse communication and electronic information, including mobile-launched ballistic missiles and nuclear development, round-the-clock, according to the Air Force.

"The establishment of the wing is expected to help boost our key defense capabilities required for the transition of the wartime operational control, and serves as a major achievement of our push for defense reform," Air Force Chief of Staff Gen. Lee Seong-yong said during the foundation ceremony.

South Korea and the U.S. have been pushing for the conditions-based OPCON transfer from Washington to Seoul, and conditions are South Korea's capabilities to lead the allies' combined defense mechanism, its capacity for initial responses to the North's nuclear and missile threats, and a stable security environment on the peninsula and in the region. 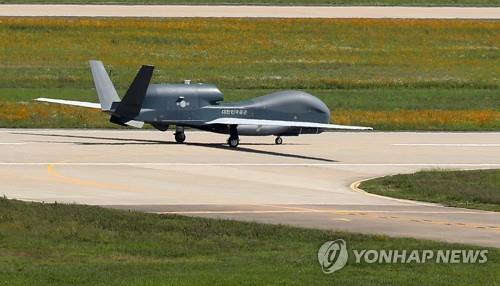