SEOUL, Nov. 3 (Yonhap) -- South Korea will raise government-set home prices for all types of real estate, including apartments and land, to up to 90 percent of their market prices in the next 10-15 years, the transport ministry said Tuesday.

The government commissioned the Korea Research Institute for Human Settlements (KRIHS) in February to find ways to reflect the market prices of real estate in the state assessment price for taxation.

The planned increase came as government-set home prices rose sharply in tandem with a gain in transaction prices. In South Korea, the government usually taxes land and homes based on its annual assessment value instead of the actual market value.

Last week, the KRIHS proposed three options to raise the officially appraised value of real estate to up to 80, 90 or 100 percent of their market prices from the 50 to 70 percent this year.

The government decided to adopt the 90 percent proposal to have owners of expensive homes and multiple homes pay higher property taxes, according to the Ministry of Land, Infrastructure and Transport. 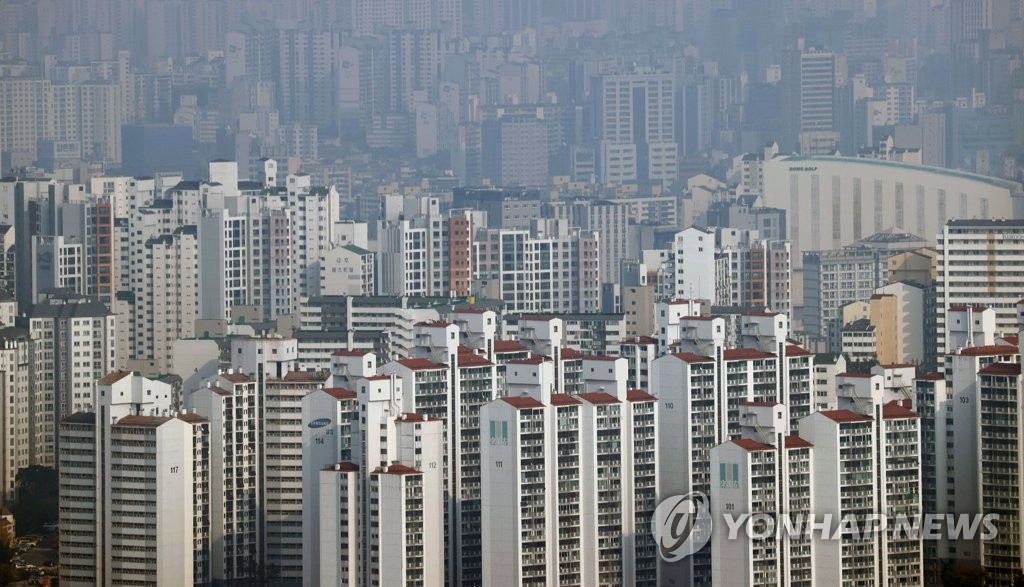 "There has been growing calls for the government to 'realize' the low rates of reflection of market prices in the state-set prices of apartments, individual houses and land," the ministry said in a statement.

Meanwhile, the government said it will begin lowering property taxes for those who own one house worth less than 600 million won (US$530,000) next year.

The government has announced more than 20 rounds of measures to stabilize the real estate market in the past three years, but the measures have fallen short of curbing home prices amid low interest rates and ample liquidity in the markets.