The government has been seeking to lower the taxation threshold for a large shareholder to 300 million won (US$264,430) worth of stocks in a single company, from the current 1 billion won.

It is part of the government's plan to levy a tax of up to 25 percent on investors who earn more than 50 million won from stock investment starting in 2023.

But the ruling Democratic Party (DP) and the finance ministry have sparred over the issue for months, as many retail investors have urged the authorities to scrap the plan, claiming that the bar is too low.

The governing party said the threshold should be maintained by another two years out of concerns over market turmoil. But the government stuck to its plan to lower the ceiling starting in April 2021 in an effort to broaden the tax base.

During a parliamentary session, Hong said the DP and the government have decided to retain the standard at the current 1 billion won, as economic uncertainties remained high.

"I've been opposed to the idea, as I think it is not desirable to keep the standard of (1 billion won)," Hong said.

The finance minister said he has offered to step down to take responsibility for the controversy. But the presidential office Cheong Wa Dae immediately said Moon has rejected his offer for resignation. 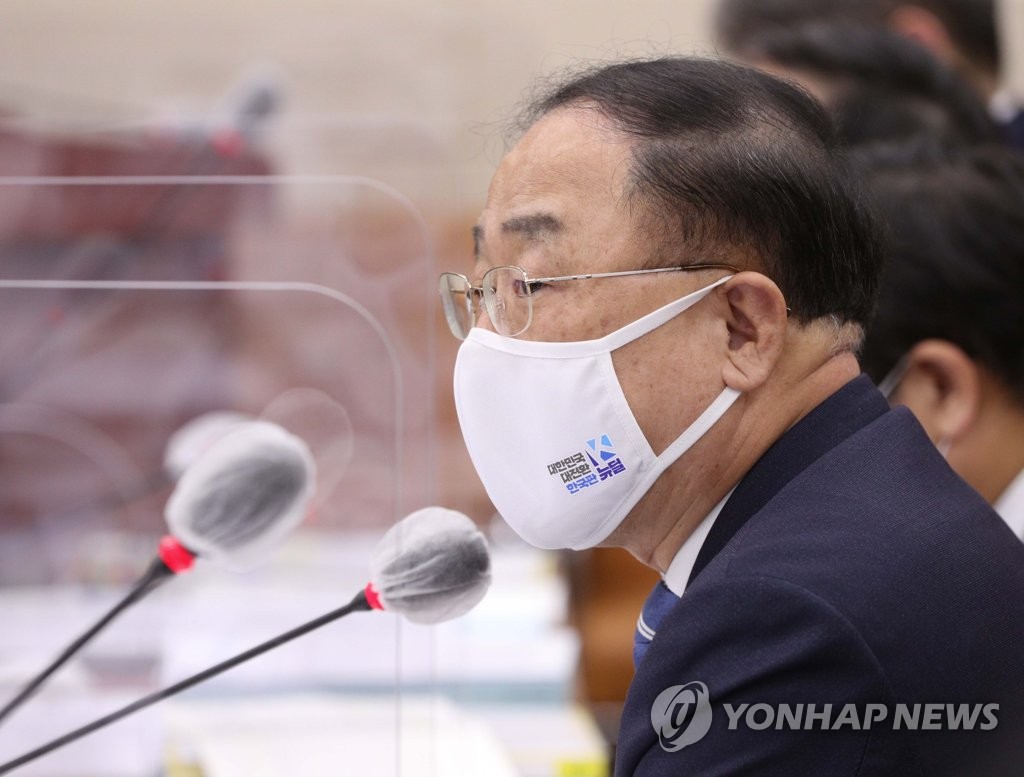