Details have yet to be finalized, but Kang is expected to make a three-day visit to Washington starting Sunday, the sources said. The envisioned trip, if realized, will take place after this week's U.S. presidential election.

The trip is expected to include meetings with Pompeo and other senior officials and experts.

Lee Do-hoon, South Korea's chief nuclear negotiator, is expected to accompany her on the trip and he too will hold talks with his U.S. counterpart, Deputy Secretary of State Stephen Biegun, who doubles as the U.S. point man for North Korea, the sources added.

Kang and Pompeo could also discuss pending alliance issues, such as the stalled defense cost-sharing negotiations and Seoul's push for advancing the peace process, including its bid for an end-of-war declaration, although the extent and depth of such talks would mostly be limited depending on the election result.

The talks will also likely focus on sharing updates on the North Korean situation and ways to keep the regional situation on the Korea Peninsula under control, given that the talks will take place only days after the U.S. votes.

Even if Joe Biden is elected, it is very unlikely that Kang would meet anyone from the Biden camp, as it is not in line with the diplomatic practice, the sources added.

The meeting of the top two diplomats will come after Pompeo called off his visit to Seoul and rescheduled his Asia trip early last month following U.S. President Donald Trump's COVID-19 contraction. Kang last spoke to Pompeo over the phone in late October. 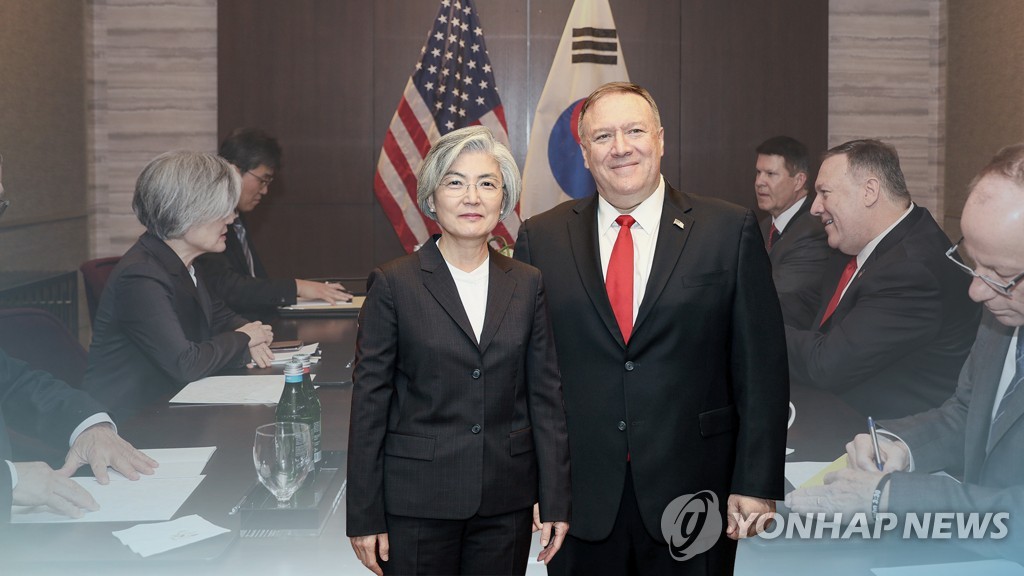 FM Kang likely to visit U.S. next week for talks with Pompeo: sources

FM Kang likely to visit U.S. next week for talks with Pompeo: sources