Lee's plan to visit Washington has yet to be finalized, and the detailed schedule could be adjusted depending on situations following the U.S. presidential election that began Tuesday, according to the sources.

"Minister Lee has an intention to visit the U.S., but details are subject to change depending on local situations after the election," a unification ministry official said. "Things will be shaping up by the end of this week."

His envisioned trip to the U.S. appears aimed at discussing North Korea issues in an apparent bid to maintain close coordination between the allies during the transition period until a new administration takes office in Washington.

This would mark his first trip to Washington since his inauguration in July.

According to government sources, Foreign Minister Kang Kyung-wha also plans to visit Washington early next week to hold a meeting with Secretary of State Mike Pompeo in an apparent bid to stably manage the alliance after the election. 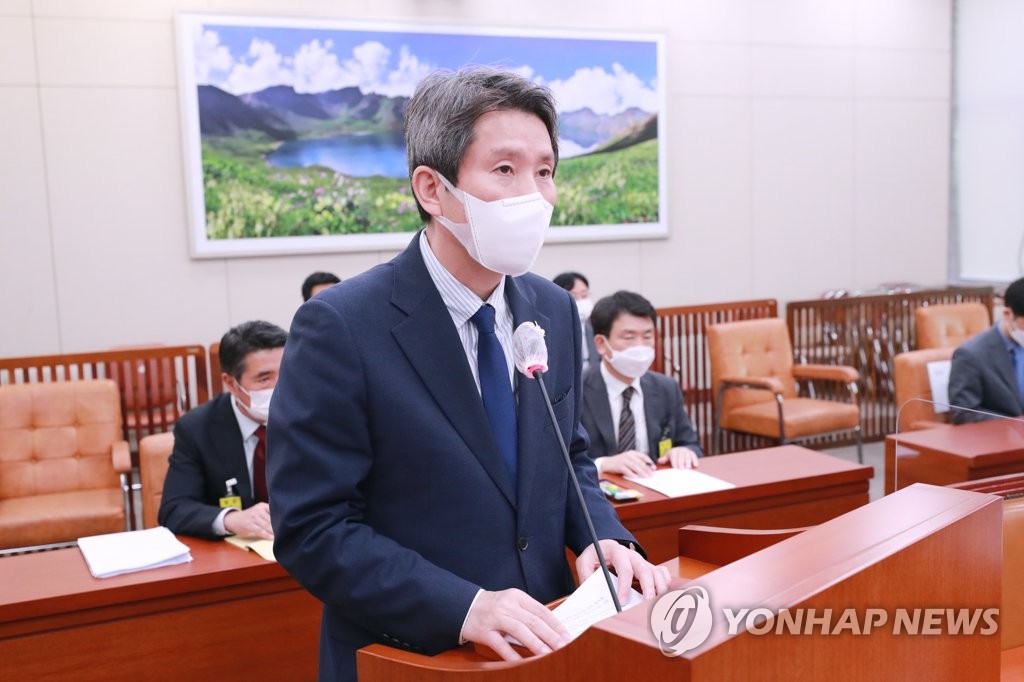