SEOUL, Nov. 3 (Yonhap) -- By most measures, Ryu Hyun-jin enjoyed an excellent first season pitching for the Toronto Blue Jays, after signing a lucrative multiyear deal as a free agent over the winter.

But the 33-year-old South Korean left-hander, who joined the Blue Jays in December on a four-year, US$80 million deal, has one lingering regret: taking a quick exit from the postseason.

Ryu, who'd spent the previous seven years with the Los Angeles Dodgers, pitched the Jays into their first postseason since 2016. He led the staff with a 5-2 record and a 2.69 ERA, the fourth-best mark in the American League (AL). Ryu was the winning pitcher in a game that clinched a postseason berth for the Blue Jays, tossing seven shutout innings in a 4-1 victory over the New York Yankees on Sept. 24. 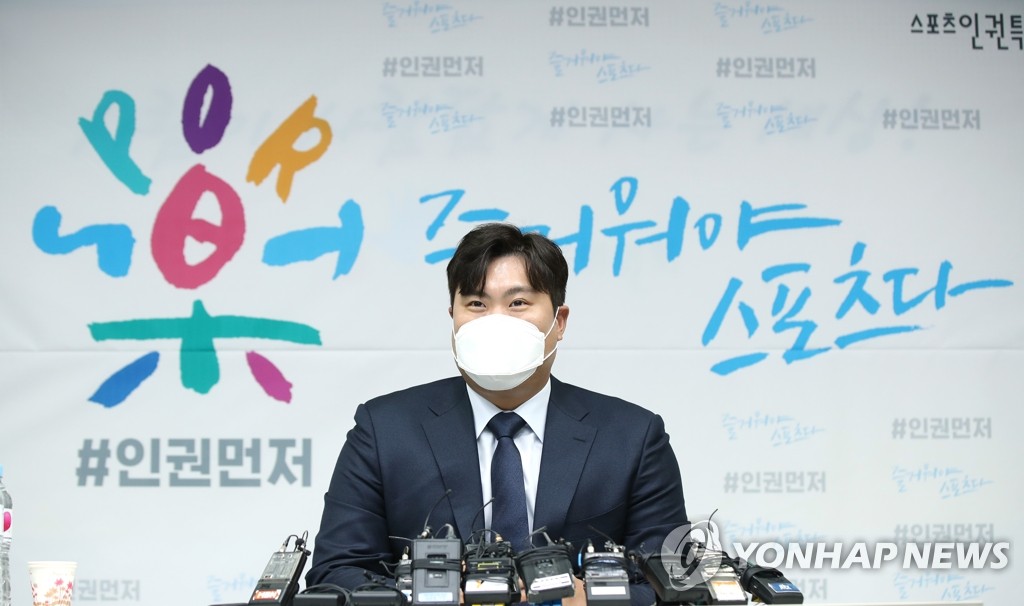 But the Jays were swept in two straight games by the Tampa Bay Rays in the American League Wild Card Series. Ryu took the loss in the deciding Game 2, when he was roughed up for seven runs -- only three earned -- on eight hits in 1 2/3 innings.

"I think the biggest disappointment from this season was the way we bowed out of the postseason," Ryu said at a press conference in Seoul on Tuesday. Ryu was speaking at the headquarters of the National Human Rights Commission. He has been appointed as an honorary ambassador for human rights in sports.

"I've had some ups and downs. I am satisfied that I was able to pitch the full season without suffering any injury," Ryu added.

This was Ryu's first public appearance since arriving back home at the start of October and then serving his 14-day quarantine, mandated by the government for all international travelers during the coronavirus pandemic.

It's the pandemic that forced Major League Baseball (MLB) to drastically shorten its season from 162 games to 60. Ryu made 12 starts without missing a turn, and after some so-so outings in the early going, Ryu found his footing.

Earlier in the day in South Korean time, Ryu was named one of three finalists for the AL Cy Young Award. He was the runner-up for the National League Cy Young last year, when he led MLB with a 2.32 ERA. 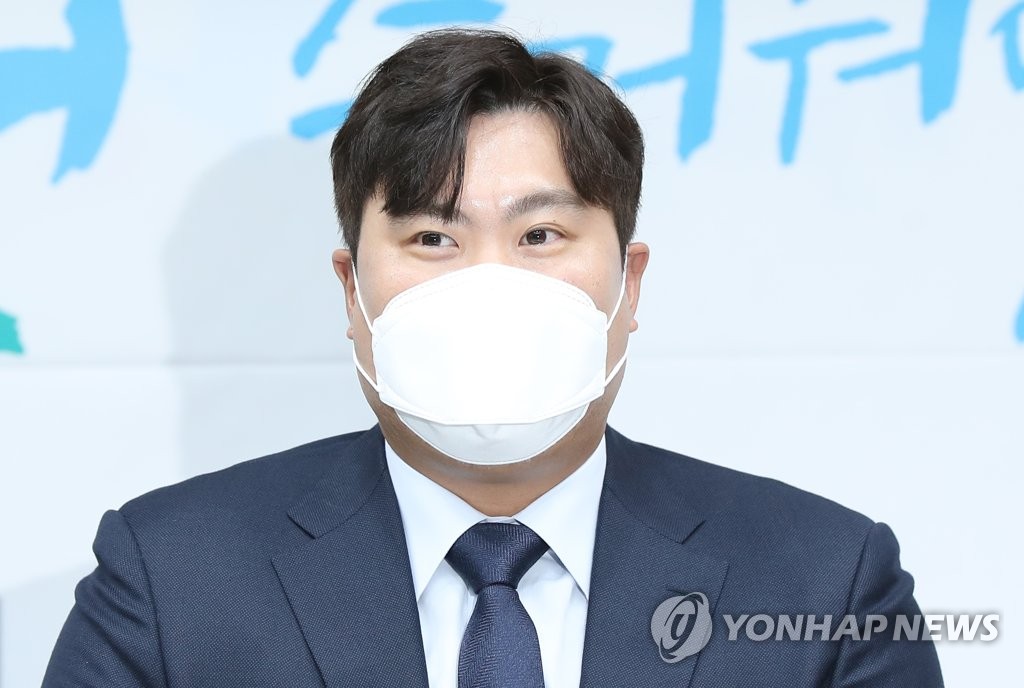 Ryu is up against Cleveland Indians' Shane Bieber, the odds-on favorite who claimed the AL Triple Crown with eight wins, a 1.63 ERA and 122 strikeouts.

Ryu's former Dodgers teammate, Kenta Maeda of the Minnesota Twins, is the other candidate. He was 6-1 with a 2.70 ERA and had 80 strikeouts in 66 2/3 innings.

Asked about his candidacy, Ryu said sheepishly, "I think I am too far behind the other candidates. It'll be tough for me to win. I am grateful that I am one of the finalists."

One of the "downs" that Ryu experienced this past season was not being able to play home games in Toronto. The Canada-U.S. border remained closed for non-essential travels during the baseball season, and the Canadian federal government rejected the Blue Jays' plans to make constant cross-border trips during the season. The Blue Jays sought alternative plans -- sharing PNC Park in Pittsburgh with the Pirates, for instance -- before settling down in their minor league home in Buffalo, New York.

There is still a cloud of uncertainty hanging over the Blue Jays' home for next year. Unless the pandemic situation improves dramatically, they may once again have to play like a barnstorming team.

Ryu admitted it would be "difficult" to spend another season away from home.

"I think it comes down to how soon those decisions are reached," Ryu said. "If we learn well before the season that we're going to be in Buffalo again, then I may start looking for a home there. But if things get decided at the last minute like this year, we'd have to spend another season living in the hotel. That was a difficult part, but I think as long as we find out ahead of time, the players will make adjustments." 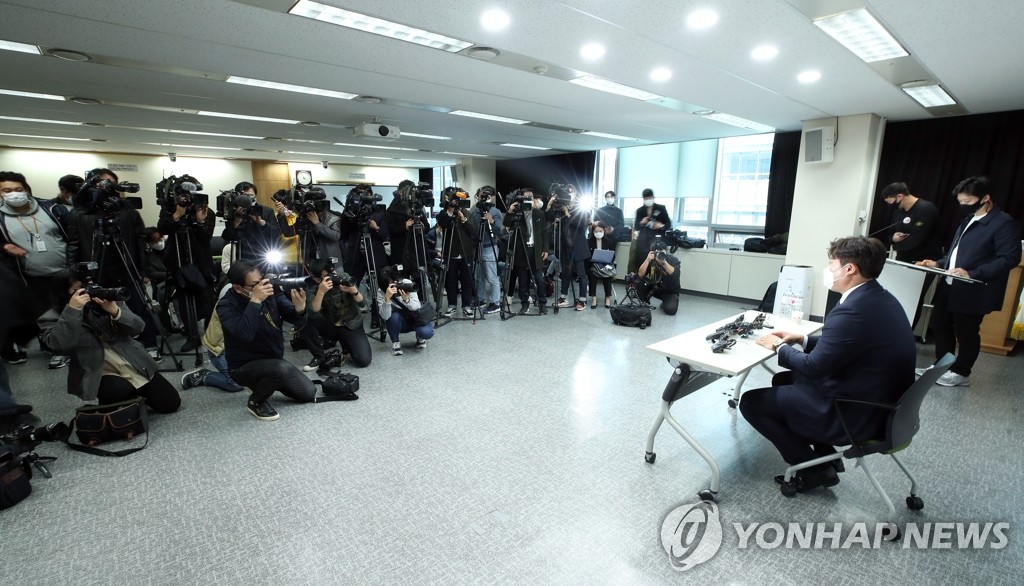 The Blue Jays, with some financial flexibility, could be an active player in the open market this winter, as they try to bolster a young and upstart roster.

Asked if there's any free agent he'd like to play with, Ryu said, "I think the team will handle that business. Regardless who comes over, we'll continue to go out there and play hard every game."

As a long-tenured big league veteran, Ryu said he was proud of seeing fellow Korean pitcher, Kim Kwang-hyun, make a successful transition to MLB this year. Kim, who'd built a rivalry with Ryu during their days in the Korea Baseball Organization (KBO), pitched for 13 years here before joining the St. Louis Cardinals last winter. Kim went 3-0 with a 1.62 ERA in eight appearances.

"As soon as he said he'd try to make it to the majors, I figured he'd have success," Ryu said. "As a fellow Korean baseball player, I am so happy for him that he had such a great year, despite the circumstances."

A couple more KBO stars may join Ryu and Kim in the majors next season, with Kiwoom Heroes shortstop Kim Ha-seong and Kia Tigers pitcher Yang Hyeon-jong likely to test the market. 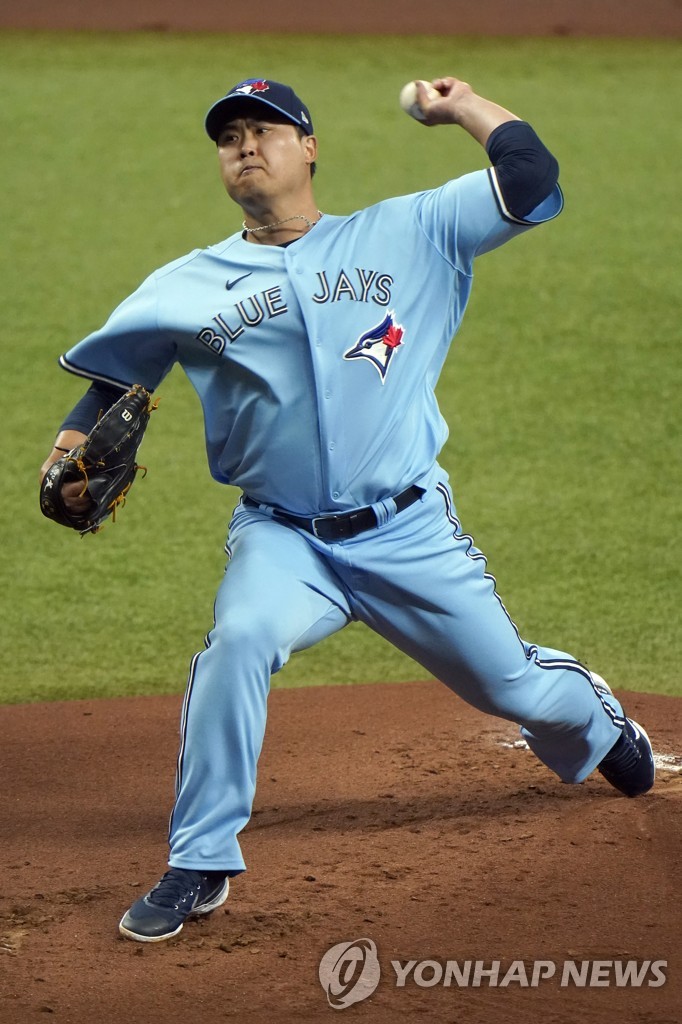 "They both have built impressive careers in Korea and they are great ballplayers," Ryu said. "I think they'll put up strong numbers in the majors, and I hope they make the leap with confidence."

Ryu became a new father in May, though he didn't get to spend much time with his daughter during the season, as she and her mother returned to South Korea early. With his quarantine now behind him, Ryu said he's trying to spend more time with his family.

"I am trying to help out (my wife) as much as I can," Ryu said. "I don't spend much time outside anymore. I am trying to become a family man."

Asked to compare the degree of difficulty between parenting and pitching, Ryu said, "I have so much respect for parents. I think parenting is harder."