SEOUL, Nov. 3 (Yonhap) -- Justice Minister Choo Mi-ae on Tuesday accused Prosecutor General Yoon Seok-youl of damaging public trust in and the political neutrality of the prosecution, in the latest escalation of tension between the two.

In a statement released by the ministry, Choo said she is "listening to various opinions of sitting prosecutors, while taking critical voices from the public seriously, expressed through a petition" posted on the Cheong Wa Dae website calling for dismissing "political" prosecutors who openly take issue with the ministry.

The announcement came as tensions between the two sides have intensified in recent weeks, as hundreds of prosecutors expressed their opposition to Choo on the prosecution's internal online forum over various controversial issues, including the removal of the top prosecutor in a series of investigations, with Choo's supporters rallying behind the minister.

The petition in question has received nearly 400,000 signatures as of Tuesday afternoon since it was posted on Friday. 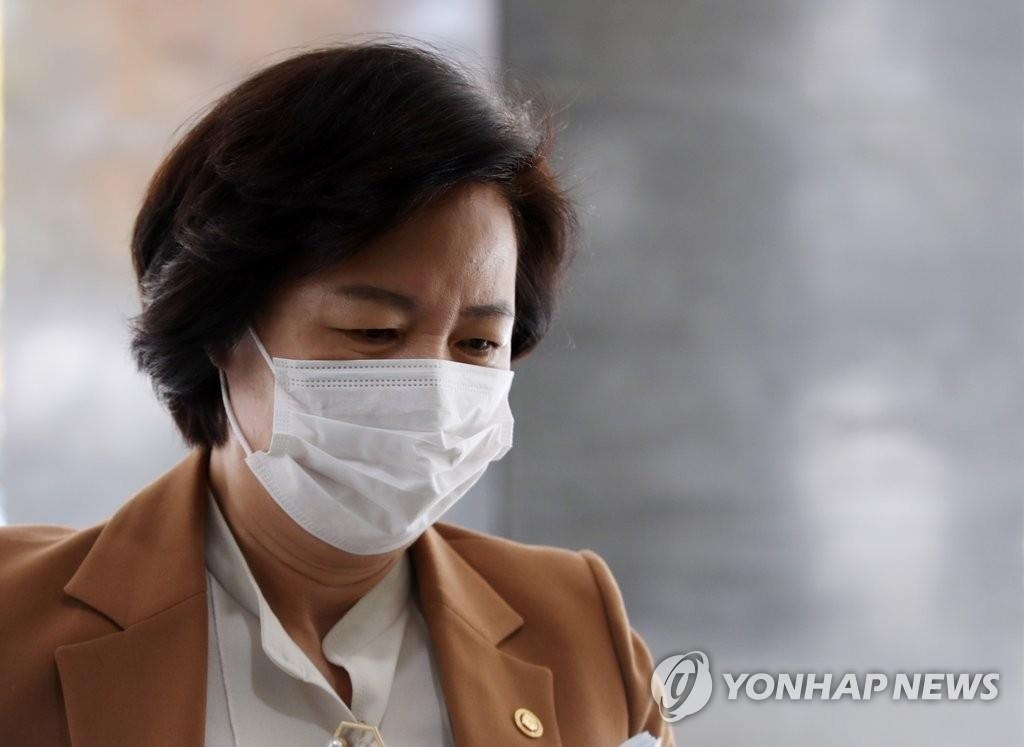 Asking prosecutors to work together with her, the minister vowed to continue to pursue prosecution reform to keep the institution in check, while promising to communicate with them and help them work for the public and have faith in their job.

Last month, Choo and Yoon engaged in verbal attacks against each other in public during parliamentary audit sessions.

Choo slammed the top prosecutor for overstepping the line when he called the minister's decision to recuse him from the investigation into a high-profile financial fraud case "illegal" and "absurd."

The ongoing clash between the ministry and the prosecution largely began last year following controversial investigations into former Justice Minister Cho Kuk, a key architect of Moon's drive for prosecution reform, and his family.