Ham Sang-wook, deputy foreign minister for multilateral and global affairs, made the call during an annual policy consultation with Massimo Aparo, the head of the International Atomic Energy Agency (IAEA)'s department of safeguards.

"On the occasion of this consultation, our side stressed the contaminated water issue is a crucial matter that can affect the safety and environment of Japan's neighboring countries and of the entire international community," the ministry said in a press release.

"It asked the IAEA to play an active role in terms of securing transparency and verifying the safety in all processes of the Japanese government crafting measures to dispose of the water and disposing of it," it added.

Amid public concerns over Japan's possible discharge of the radioactive water into the sea, Seoul has repeatedly called for Tokyo to transparently share related information and stressed its "foremost priority" on the safety of citizens.

Last month, Tokyo was expected to finalize its plan to dispose of the tritium-laced water. But it apparently postponed an announcement on its decision amid strong protests.

At Tuesday's talks, the ministry and the U.N. agency also discussed cooperation in strengthening readiness to monitor and verify North Korea's nuclear activity. 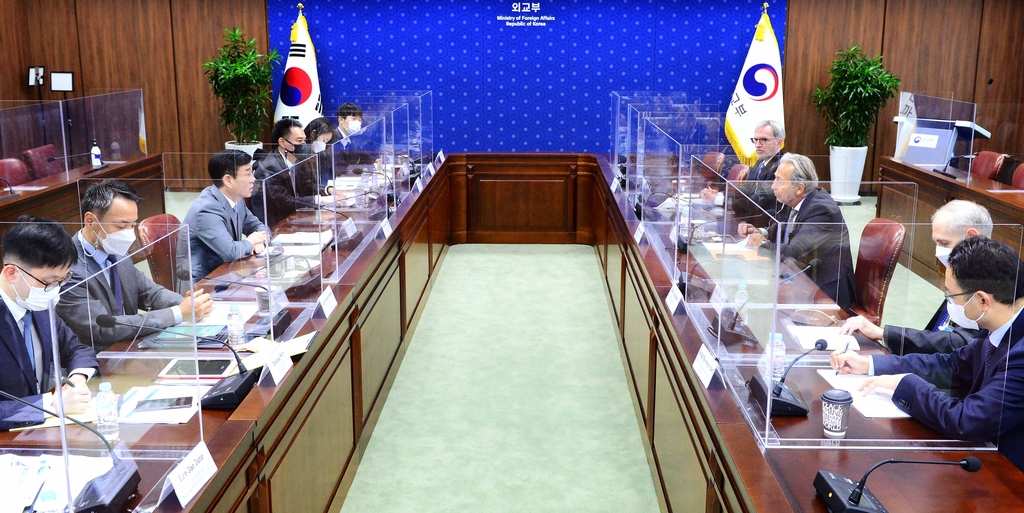