SEOUL, Nov. 3 (Yonhap) -- The defense ministry has decided not to provide military intelligence collected in the course of North Korea's killing of a South Korean official in September to his bereaved family due to the confidentiality of the information, officials said Tuesday.

His elder brother, Lee Rae-jin, has asked the defense ministry to disclose the audio file of a wiretapped conversation among North Korean troops, strongly protesting a government announcement that the slain official is believed to have attempted to defect to the North.

On Tuesday, ministry officials met with Lee and informed him of the decision not to disclose information.

"After a review, we explained to the bereaved family that ... disclosure of the information is restricted as it is designated as a secret under the Military Secret Protection Act," the ministry said in a statement.

Lee and his attorney strongly denounced the decision and said they will consider filing an administrative suit against the government.

"The ministry is declining to disclose the information to hide the maritime security failure," Lee said during a press conference after the meeting.

Defense Minister Suh Wook is scheduled to hold a meeting with the bereaved family on Friday. 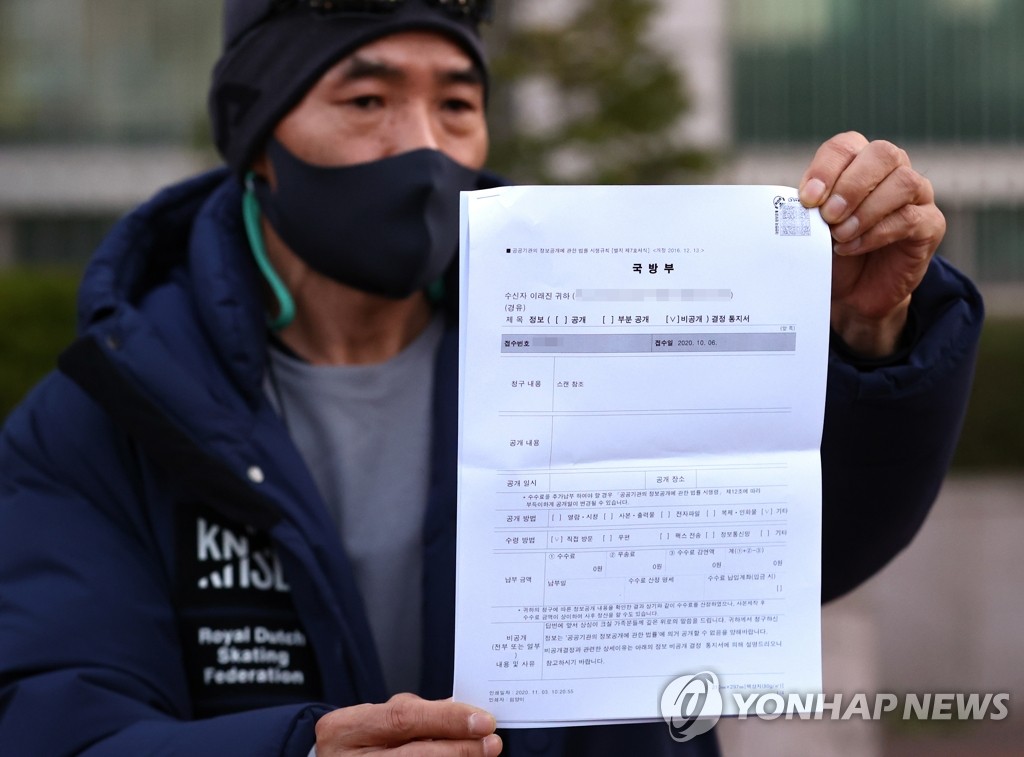