The quake was detected at 4:41 a.m., 10 kilometers northeast of Songlim, North Hwanghae Province, which is not far from the capital Pyongyang, according to the Korea Meteorological Administration.

"Our analysis shows that it was a natural earthquake," a KMA official said.

The quake posted 1 on a seismic intensity scale, which means that most people would not have felt the tremor.

Songlim has frequently seen natural earthquakes, including two on Monday of magnitudes 2.5 and 2.6, and another 2.5 magnitude quake on June 4. 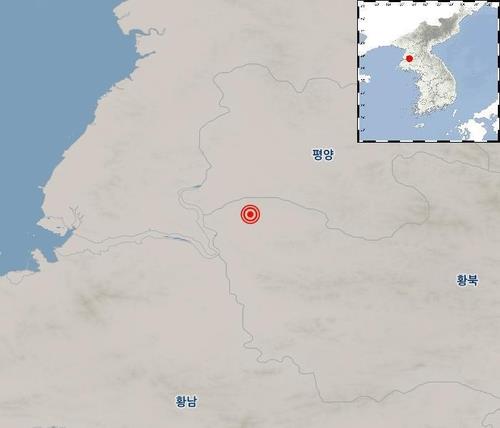