SEOUL, Nov. 4 (Yonhap) -- A North Korean man was taken into custody Wednesday after crossing into South Korea via the eastern border in an apparent bid to defect to the South, the Joint Chiefs of Staff (JCS) said.

The man, whose identity was withheld, was captured 14 hours after he crossed the border in the eastern county of Goseong late Tuesday. His crossing was detected on the South's surveillance equipment, prompting the military to launch extensive search operations.

The man, presumed to be a civilian, expressed an intent to flee to the South after he was caught, though more investigation is necessary, officials said. He was unarmed.

For the search operations, troops were placed on the "Jindogae" alert, which is issued to cope with a possible intrusion of armed guerrillas from North Korea, officials said. The alert was later lifted after the operation was completed. 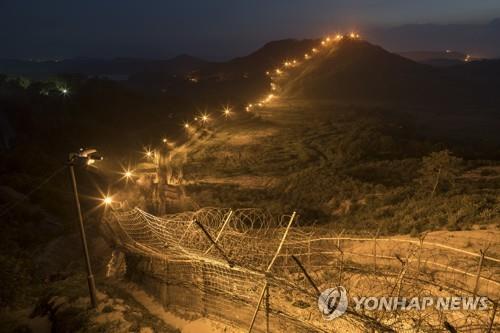 According to JCS officials, the man was first briefly spotted near the military demarcation line (MDL) by South Korea's surveillance equipment twice on Monday night.

The military dispatched more troops to the region and heightened its security posture, but could not locate him until he crossed over the barbed wire fence along the South Korean general outposts (GOPs) located outside the Demilitarized Zone (DMZ) the next day.

His move crossing over the barbed wire fence Tuesday evening was also captured on the South's surveillance equipment, leading the military to immediately block the nearby region to prevent the man from further moving to the South, they said.

Following hours of intensive search, the man was found by mobile troops within the civilian control line near the border, some 1.5 kilometers south of the fences.

Sensors installed at the fences failed to ring when he climbed over them.

"We will look into why the sensors did not ring and make sure they operate properly," a JCS official said, adding that mountainous geographical trait in the eastern region made it difficult for the military to more quickly capture the man. 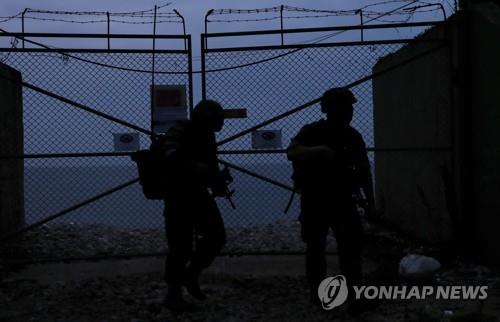