SEOUL, Nov. 4 (Yonhap) -- The state human rights commission has ruled that taking cell phones away from students while they are at school violates their basic human rights.

The National Human Rights Commission of Korea (NHRCK) said Wednesday it has advised a high school to revise its rule on cell phone use, as it violates the principle of the prohibition of excessive restriction and freedom of action and communication under the Constitution.

The decision came after a student filed a complaint with the NHRCK against the school's rule that involves collecting the mobile phones of students at 8:20 a.m. and returning them at 8:30 p.m. when school ends.

According to the complaint, school officials sometimes turn on the phones to check if they are working, without the consent of the owners. Some students turn in unused phones to bypass the rule.

The school explained the rule has been in place for the purpose of education and was established after parents demanded a ban on cell phone use by students at school.

The commission, however, concluded that the school could have sought other ways to minimize the infringement of students' basic rights and achieve educational goals at the same time.

It dismissed the protest against the school officials' turning on phones without the consent of the owners, saying the action was not serious enough to be seen as infringing privacy and freedom.

Separately, it also advised two other middle schools to come up with ways to ensure that young students can learn to control themselves, rather than enforcing an outright ban on mobile phone use at school. 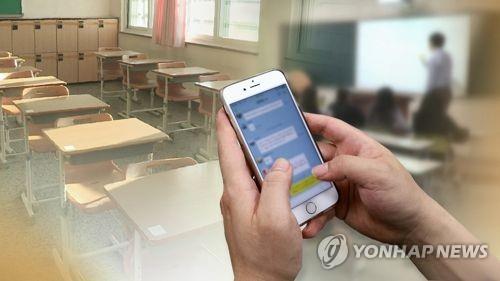