SEOUL, Nov. 4 (Yonhap) -- Temperatures nationwide dropped to near or below the freezing point Wednesday, marking the coldest day this fall, the state weather agency said.

Gangwon Province in the northeast posted morning lows of minus 8.8 C in the border county of Cheorwon and minus 8.4 C in Hongcheon, according to the Korea Meteorological Administration.

Always the first to welcome winter, the province saw temperatures dive to minus 9.9 C on Hyangro Peak in Inje and minus 9.5 C on Mount Seorak. 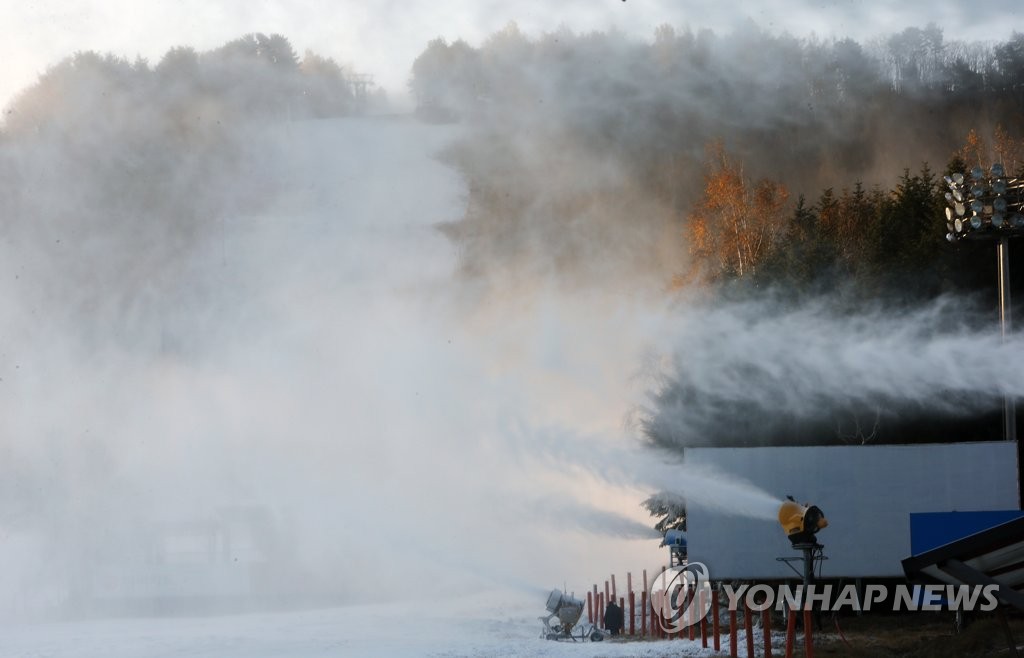 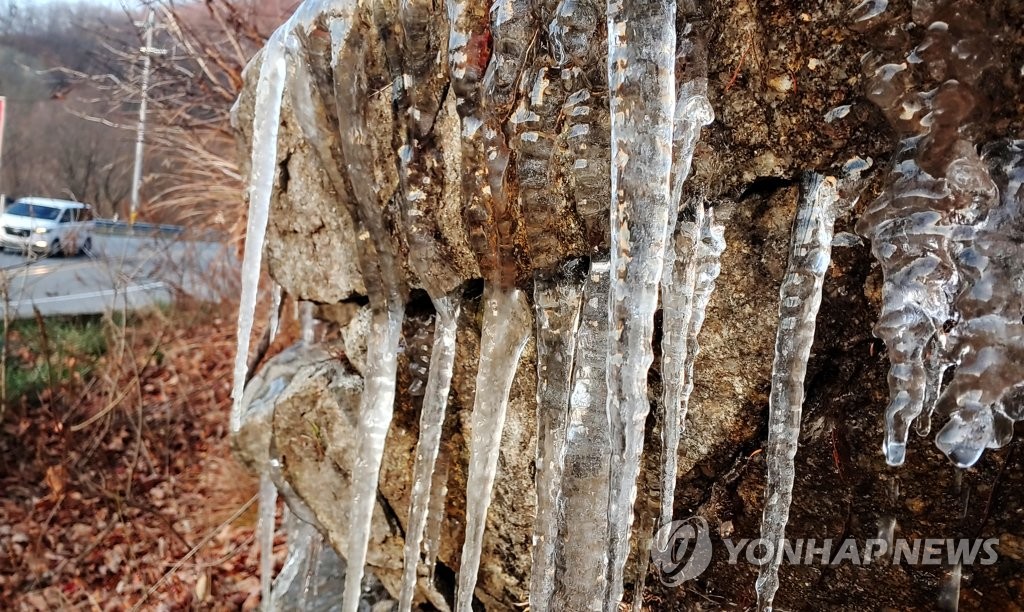 Frost and ice formed in parts of the inland and east coast areas, as well as the mountains.

Below freezing temperatures swept through the central inland area, eastern North Jeolla Province, and the inland areas of South and North Gyeongsang Province.

Temperatures in the southern coastal cities of Busan and Ulsan remained above zero but still fell to the season's lowest of 4.1 C. 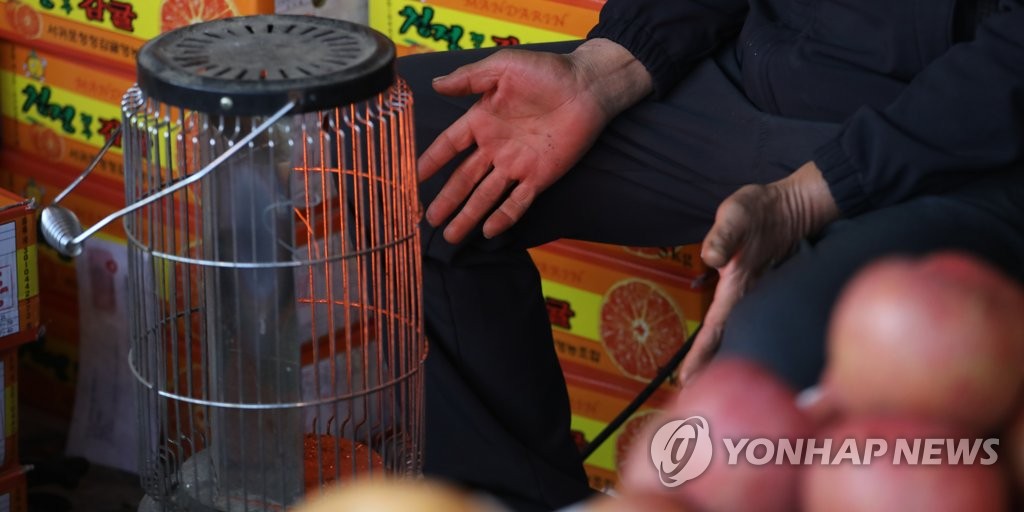 The wind chill caused people to feel the cold more acutely on their morning commutes.

"I had to take my goose down jacket out of the closet," said a 41-year-old resident of Incheon, west of Seoul, who gave only his surname Kim. "With the strong wind, it doesn't feel like fall weather."

Farmers rushed out to the fields at the break of dawn to check on their crops and to the barns to add layers of sawdust for cattle to lie on.

Workers at a ski slope in Pyeongchang, Gangwon Province, got to work to make their first artificial snow this season.

The KMA said the cold weather is expected to ease past Wednesday morning, with temperatures nationwide remaining below 5 C Thursday morning but climbing to around 10 C by Friday morning.

Nation gripped by coldest weather this fall amid freezing temps

Nation gripped by coldest weather this fall amid freezing temps