SUWON, South Korea, Nov. 4 (Yonhap) -- South Korean baseball fans have never seen the KT Wiz in the postseason before. And when the Wiz play in their first Korea Baseball Organization (KBO) playoff game next week, fans may see a lineup they haven't seen in 2020.

After team practice at KT Wiz Park in Suwon, 45 kilometers south of Seoul, on Tuesday, Wiz manager Lee Kang-chul said he has a few lineup ideas floating around in his head.

One is moving cleanup Kang Baek-ho up to the leadoff spot. 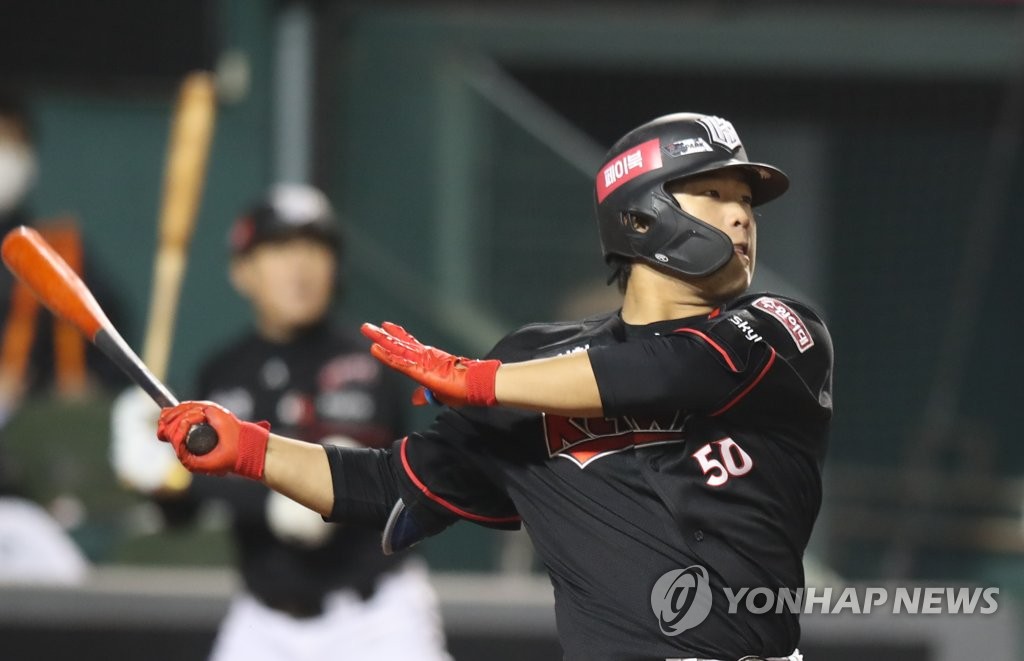 Kang, who takes hacks as if he hasn't seen a pitch he doesn't like, doesn't necessarily fit the prototype for a leadoff hitter, though, in modern baseball analytics, that type -- a smallish, contact-first, speedy hitter -- could be thrown out the window. He batted .330 with 23 home runs and 89 RBIs in the regular season, while spending the majority of his time either as the cleanup or No. 3 hitter. He never once batted leadoff in 2020, though he was the primary leadoff guy as a rookie in 2018 and had some success.

"If Baek-ho can get on base at the same rate as in October while batting leadoff, it could work in our favor," Lee said. "I spoke to him about this, and he told me he'd be up for the task."

The Wiz ranked ninth among 10 teams in the regular season with a .345 on-base percentage from the leadoff spot. The .268 combined batting average from their leadoff men was also the second lowest in the league.

Kang is no stranger to adjustments. He was a pitcher and a catcher in high school but played outfield as a rookie with the Wiz in 2018. Then this year, Kang became the club's new first baseman. 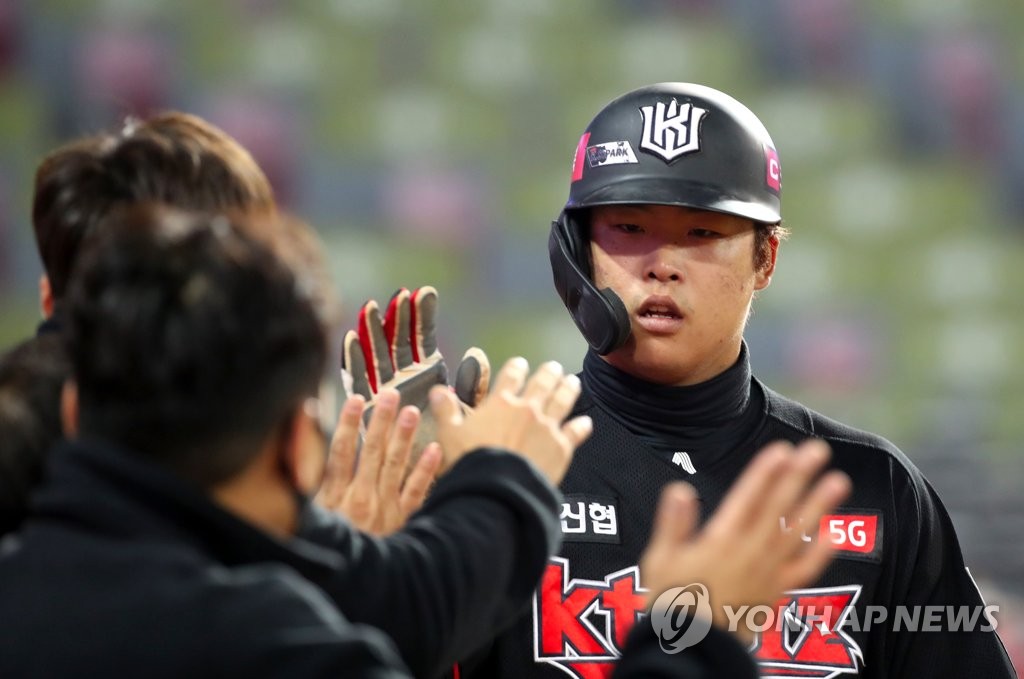 Kang brings the rare combination of on-base skills and power -- he was one of only four players in the regular season with at least a .300 batting average, .400 on-base percentage and .500 slugging percentage. If Kang can get the ball rolling from the top of the order, then the table is set nicely for boppers like Mel Rojas Jr. and Hwang Jae-gyun behind him. Bae Jung-dae, Cho Yong-ho and Shim Woo-jun, who shared time as the leadoff man during the regular season, could move down to the bottom of the order and then set up RBI opportunities for Kang in later innings.

"We just need one guy at the bottom to get things going," manager Lee said. "It's going to take a team effort to set the lineup. I've asked our data analysts to come up with their own ideas. I'll be the one making the final call, but I'll be listening to different opinions."

The Wiz finished the regular season with the second-best record and have earned a bye to the second round. It starts Monday against the winner of the Doosan Bears-LG Twins matchup in the first round.