Hyundai will provide its hydrogen trucks and work with the three companies in establishing the hydrogen vehicle business platform, which ranges from hydrogen production and charging infrastructure to vehicle supply and operation, it said. 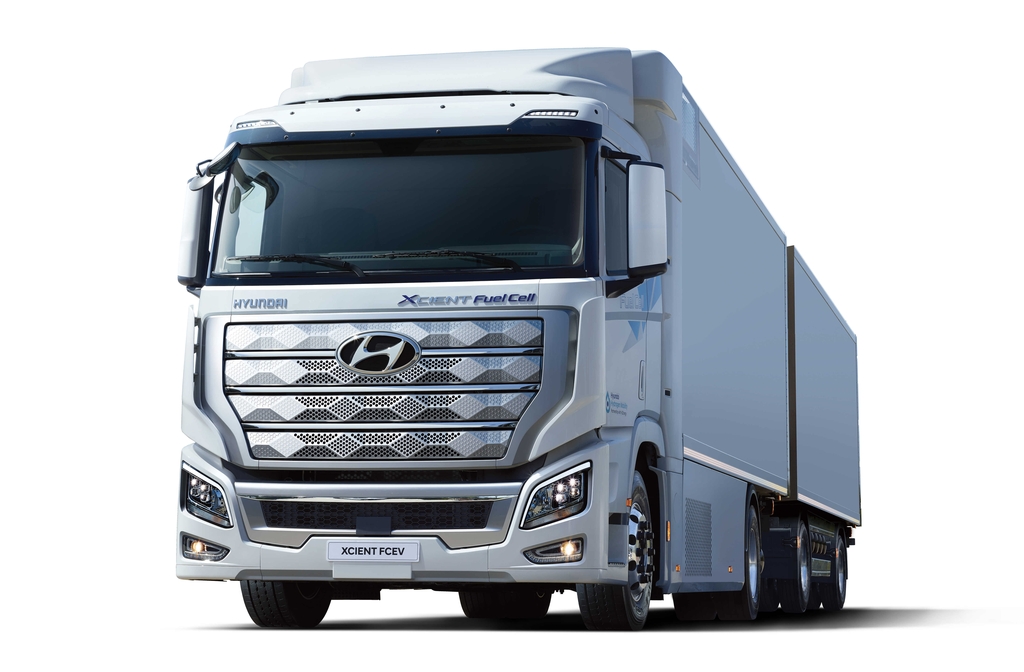 "We are planning to set up a 'business cluster' which covers hydrogen vehicle sales, lease programs, and charging stations as China is one of the hydrogen markets with the most potential," Lee In-cheol, executive vice president in charge of the commercial vehicle business division at Hyundai Motor, said in the statement.

The company also said it has signed another MOU with Advanced Technology & Materials Co. and HBIS Group to provide 1,000 hydrogen trucks to the firms in the Jingjinji region, also known as the Beijing-Tianjin-Hebei economic zone.

Hyundai said it is targeting to sell over 27,000 hydrogen commercial cars by 2030 in the world's biggest automobile market.

The maker of the Sonata sedan and the Palisade SUV said last month it aims to export 64,000 hydrogen trucks by 2030 amid growing demand for environment friendly vehicles.

Hyundai is at an initial stage of selling its hydrogen fuel-cell commercial vehicles in global markets.

In July, the company shipped 10 XCIENT Fuel Cell hydrogen trucks to Switzerland in the country's first exports of hydrogen commercial vehicles. It plans to deliver 40 additional XCIENTs to the European country by December as part of its long-term contract to export a total of 1,600 XCIENTs to the country by 2025.

It is developing a hydrogen truck that can travel more than 1,000 kilometers on a single charge. The XCIENT can travel up to 400 kilometers per charge, the company said.