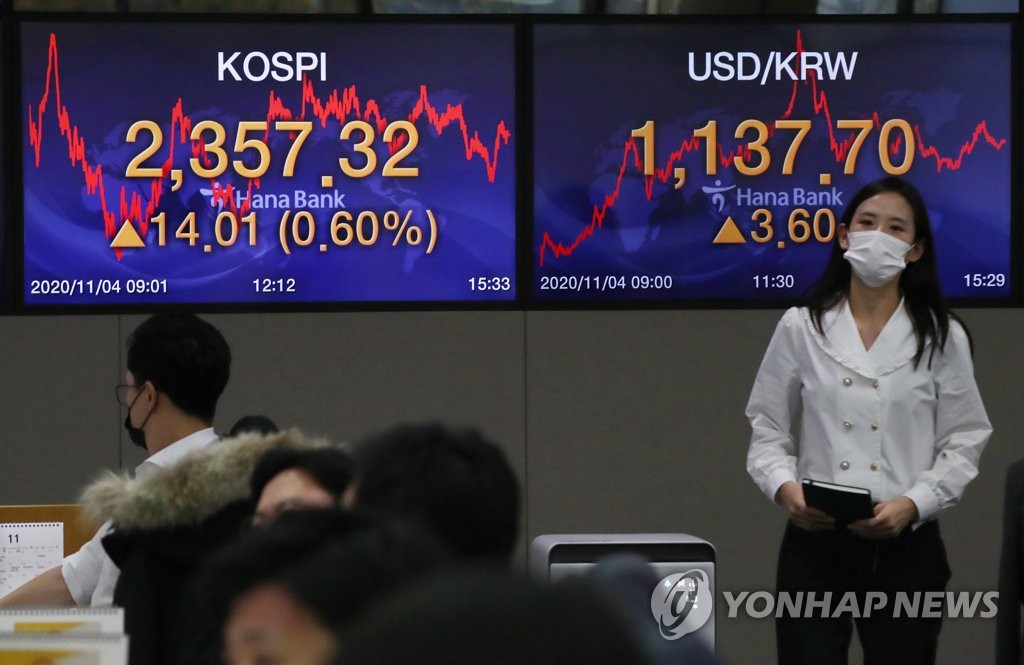 As vote counting for the U.S. election progressed, the local market swung between negative and positive terrain early in the session before gathering ground.

Some analysts have said stock markets favor a win by Democratic nominee Joe Biden, as it could give weight to the Democratic Party's push for a large stimulus deal, which has stalled amid differences with the White House.

Others noted that investors expect a stimulus deal to go through regardless of the election result.

Bond prices, which move inversely to yields, closed higher. The yield on three-year Treasurys fell 2.5 basis points to 0.955 percent, and the return on the benchmark five-year government bond declined 3.0 basis points to 1.266 percent.