SEOUL, Nov. 4 (Yonhap) -- The Doosan Bears have had the LG Twins' number in recent South Korean baseball seasons, but Doosan manager Kim Tae-hyoung isn't about to let his guard down ahead of a postseason meeting against his Seoul co-tenants.

The Bears and the Twins, who share Jamsil Baseball Stadium, will clash in the best-of-three first-round playoff series starting Wednesday. The Bears will be the home team in the first two, and if the series goes to Game 3, the two clubs will switch dugouts at the same park. 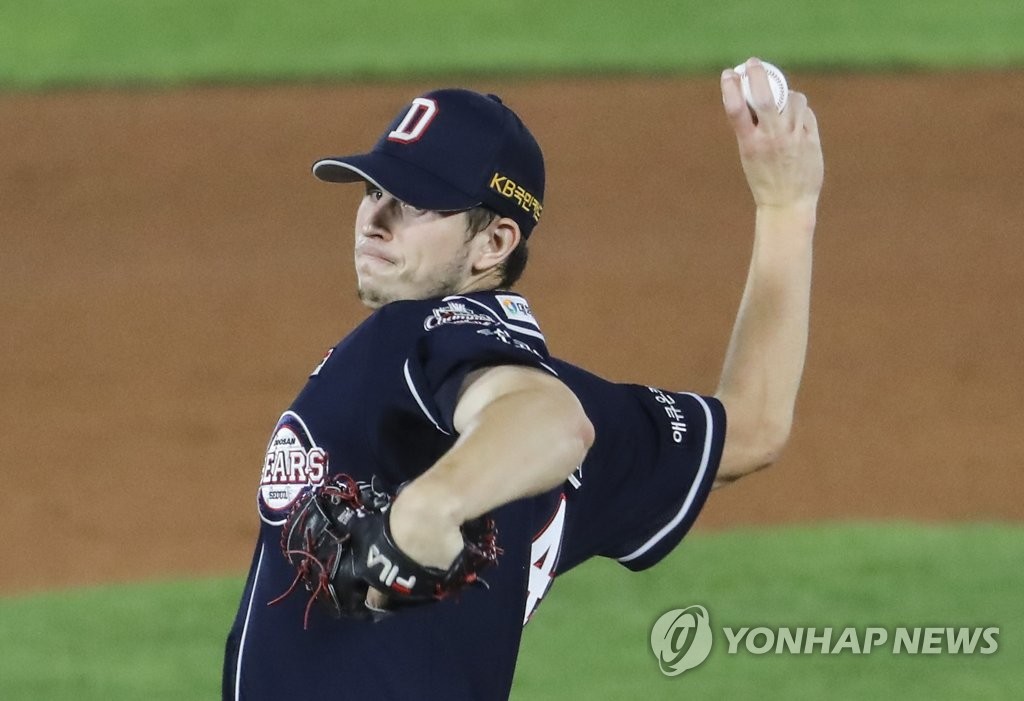 The Bears were 9-6-1 against the Twins during the regular season and were 15-1 just two years ago. But Kim said the postseason is a different animal.

"I must admit that facing the Twins in the postseason has caused a bit of extra stress," Kim said in his pregame media availability. "I think scoring the first run and grabbing the early momentum will be important. Postseason games aren't the same as regular season contests, and momentum swings will make a difference."

Chris Flexen will start for the Bears. The first-year import went 8-4 with a 3.01 ERA but was particularly dominant in October, when he was a perfect 4-0 with a league-best 0.85 ERA.

Kim said he hopes Flexen will pitch the way he's capable of pitching without getting caught up in the moment. This will be Flexen's first KBO postseason game.

"I think it'll be hard for him not to get nervous. He shouldn't try to do too much on the mound," Kim said. "I am confident he'll pitch a great game."

Kim said catcher Park Sei-hyok should be a steady presence behind the plate for Flexen and added, "There will be moments in the game when he doesn't want to give up hits or runs, but then he could get too passive. He just has to do what he's been doing all along." 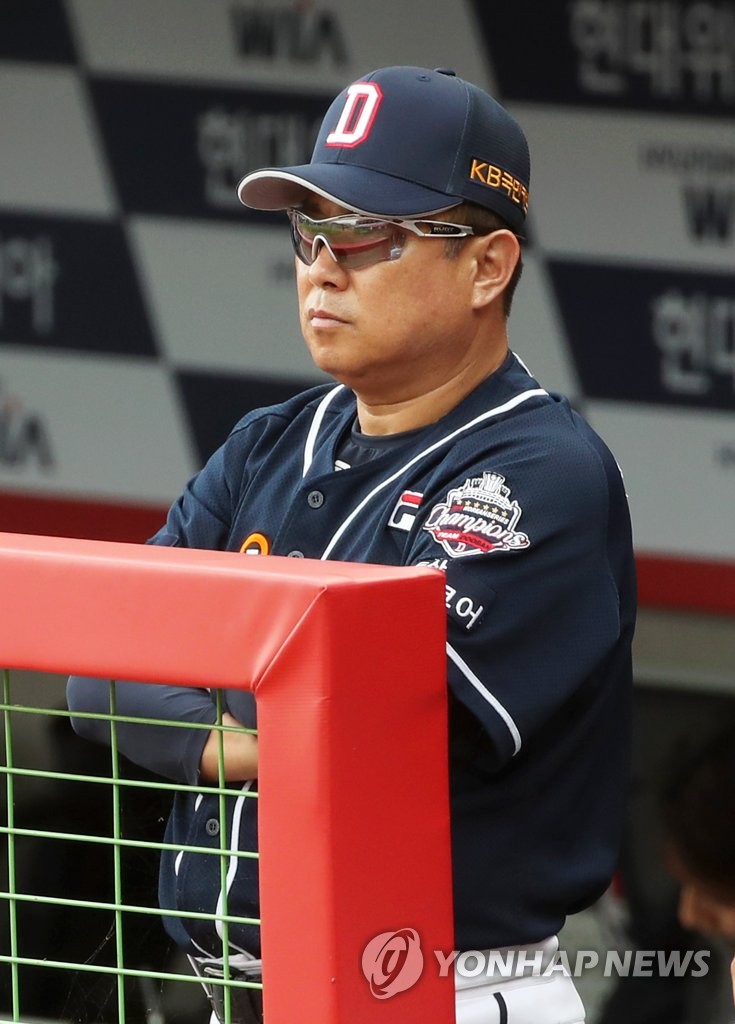