SEOUL, Nov. 4 (Yonhap) -- After leading South Korean baseball with 197 hits during the regular season in 2019, Jose Miguel Fernandez of the Doosan Bears picked up just one hit in 13 at-bats during the postseason.

The Cuban designated hitter is dying to change the narrative this time around.

"I'm perfectly prepared to play in big games, and I want to help the team win another title this year," Fernandez said Wednesday through an interpreter, before Game 1 of the first-round playoff series against the LG Twins at Jamsil Baseball Stadium in Seoul.

"All I have left to do is to take the field and show what I can do," Fernandez added. "I think the Twins are a great team, and this should be a fun game tonight." 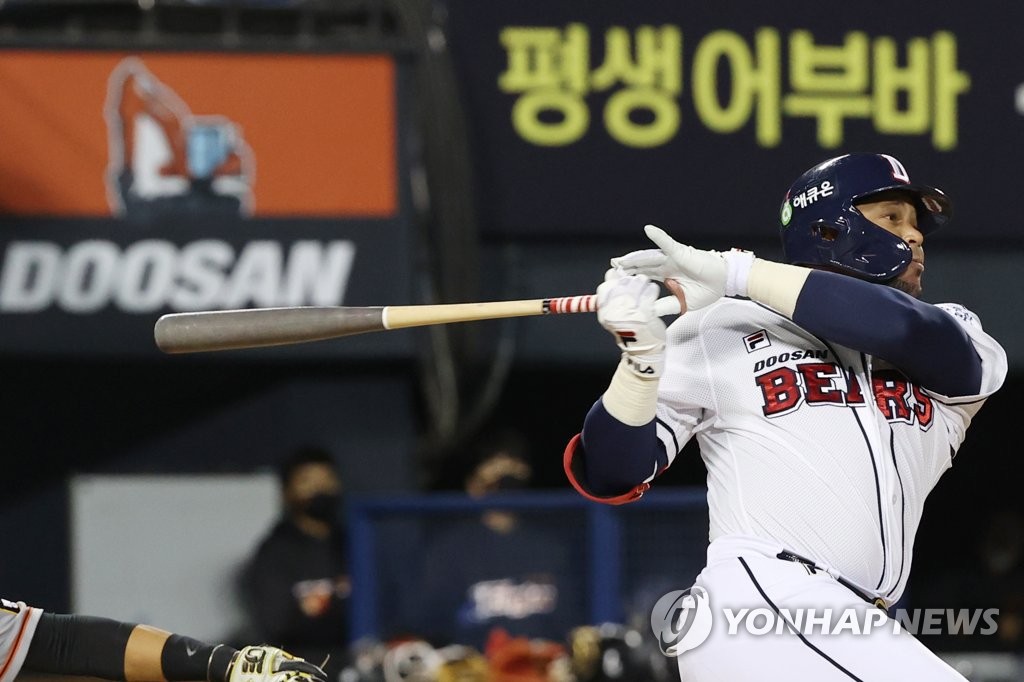 Fernandez continued his hitting ways in 2020, once again leading the Korea Baseball Organization (KBO) with 199 hits. He feasted on Twins' pitching, to the tune of a .373/.419/.567 line with three home runs, seven RBIs and four doubles in 16 games.

"It's not just LG; I am confident I can hit well against anybody," Fernandez said. "We're trying to beat every team, not just LG. All we want to do is win games."

Fernandez was the Bears' primary designated hitter and played occasional first base.

Asked if he'd be ready to take the field when called upon, Fernandez said, "Absolutely. I'll do whatever it takes to win."