SEOUL, Nov. 4 (Yonhap) -- The opening leg of the championship final at the largest annual football tournament ended in a draw on Wednesday.

Jeonbuk Hyundai Motors and Ulsan Hyundai FC played to a 1-1 draw in the first match of the two-legged final at the FA Cup, organized annually by the Korea Football Association (KFA).

Murilo put Jeonbuk on the board in the 50th minute at Ulsan Munsu Football Stadium in Ulsan, 415 kilometers southeast of Seoul, but Junior Negrao leveled the score 10 minutes later for the home team.

The second leg will be 2 p.m. Sunday at Jeonbuk's home, Jeonju World Cup Stadium in Jeonju, 240 kilometers south of Seoul. The aggregate score after these two matches will determine the champion. 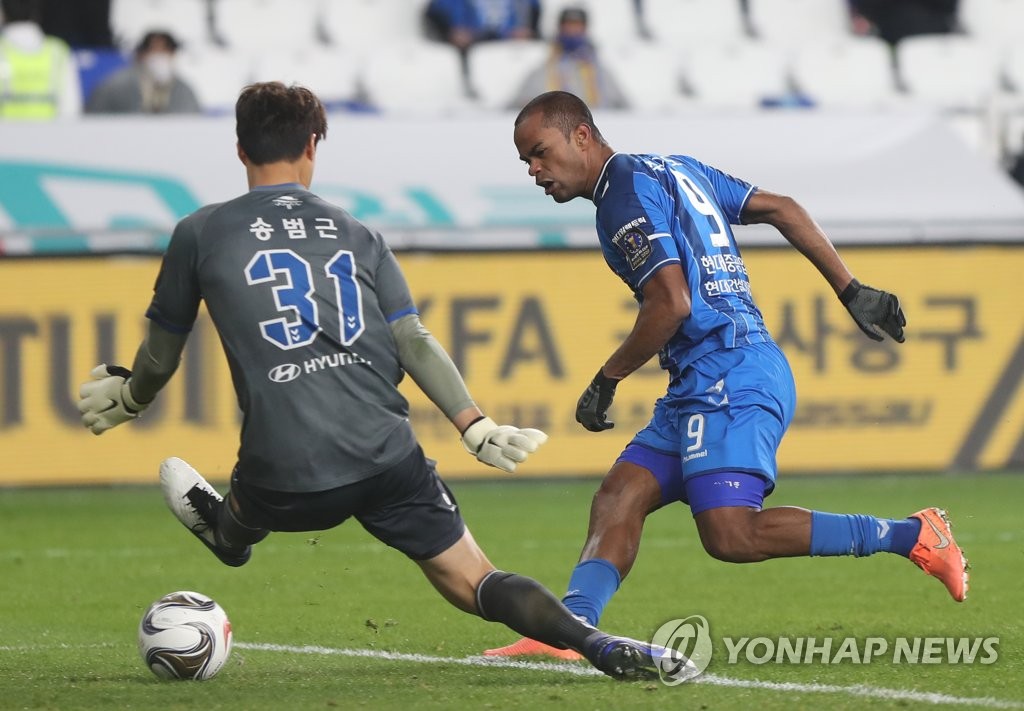 Jeonbuk will try to win their fourth FA Cup, and first since 2005. Ulsan won their first and only FA Cup in 2017.

Both clubs have a chance to pull off a "double," or winning two major competitions in one season.

Jeonbuk got one out of the way by capturing the K League 1 title last Sunday, as they finished three points ahead of Ulsan.

Jeonbuk are still in position to achieve a "treble," or lifting three trophies in one season. It has never been done by a South Korean club. 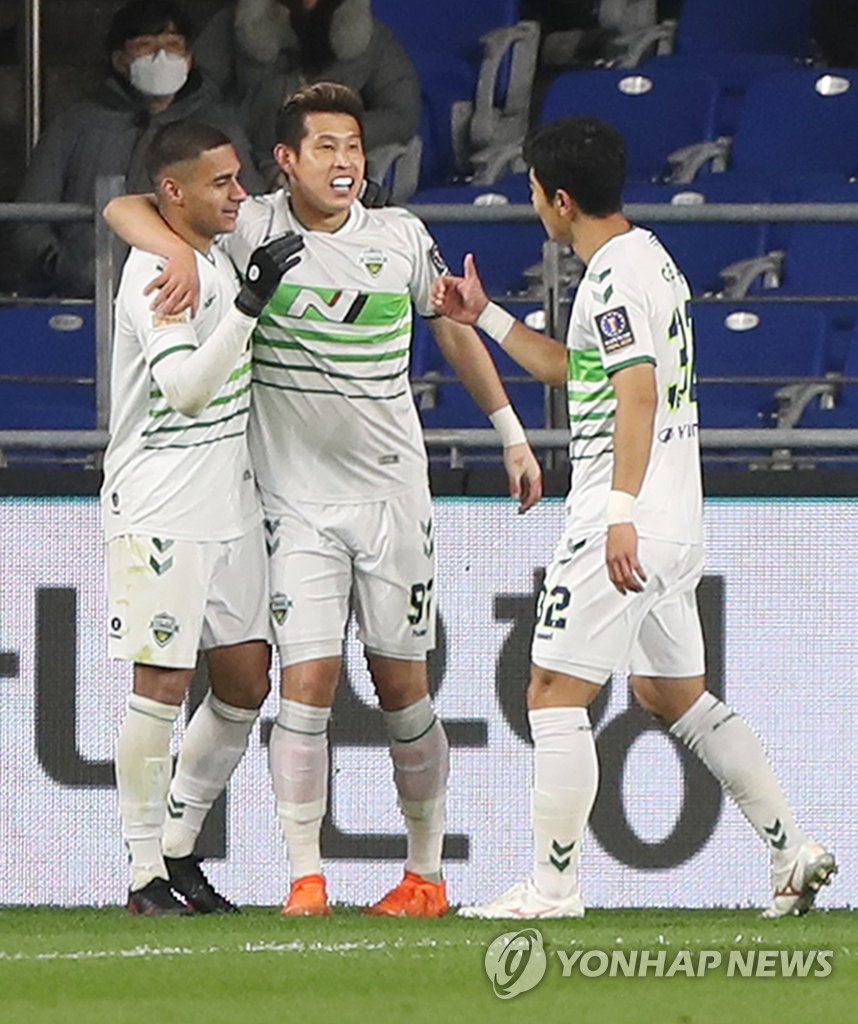 After a scoreless first half, during which Jeonbuk hit the goal post twice, Murilo broke the deadlock by converting a Mo Barrow cross. When a pass came over from the right wing, Barrow charged down the opposite side and saved the ball from going out of play. His diagonal pass rolled through the box before it landed on the unmarked Murilo, who struck it home past goalkeeper Jo Hyeon-woo.

Ulsan got the equalizer at the hour mark, when midfielder Yoon Bitgaram threaded a pass for Junior Negrao, who split the defense for his first FA Cup goal.

Junior Negrao thought he'd scored the go-ahead goal in the 71st minute, but it was wiped out on an offside call. The teams traded some chances down the stretch, but they amounted to nothing in the end. 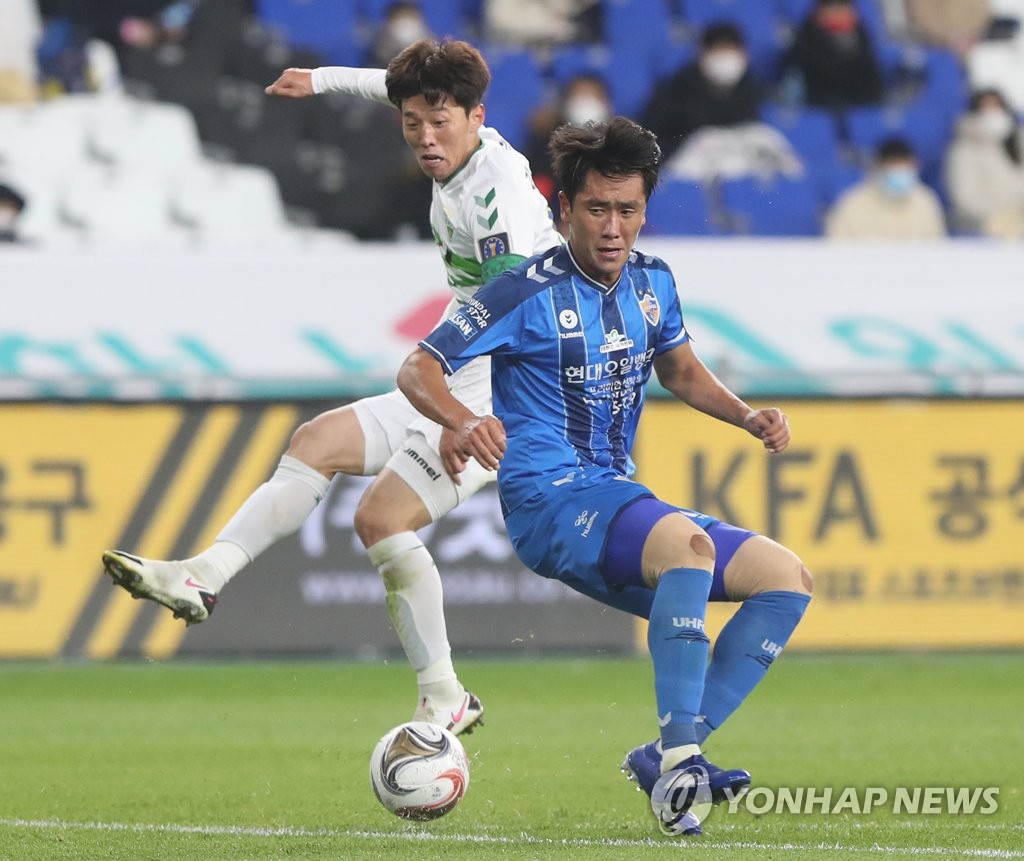