The two-time reigning hit king in the Korea Baseball Organization (KBO), Fernandez only batted 1-for-13 in last year's Korean Series. His struggles were conveniently masked by the Bears' four-game sweep of the Kiwoom Heroes, but Fernandez himself hadn't forgotten about it, as he prepared to take on the LG Twins in the first round. 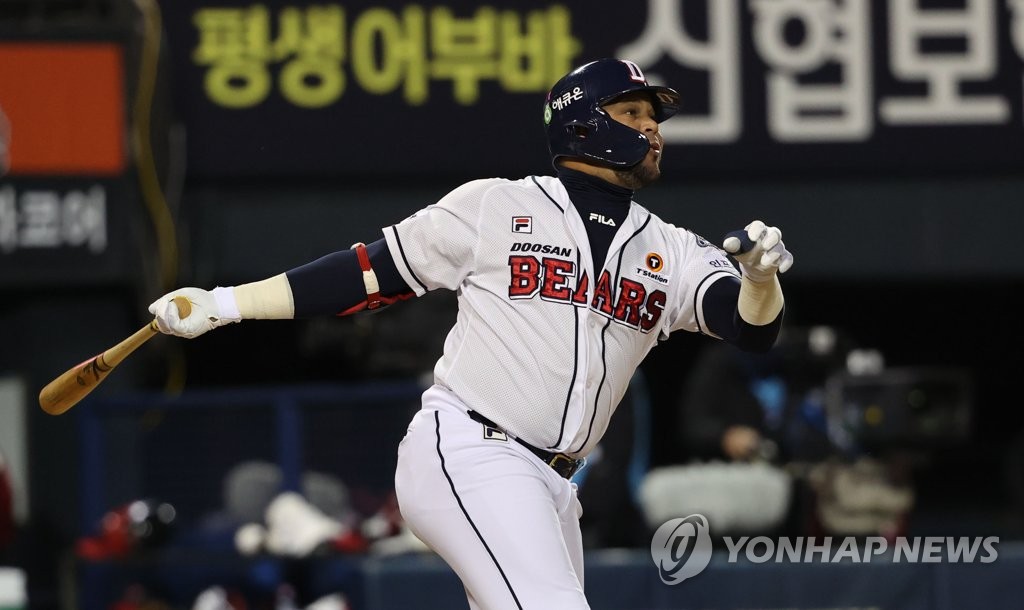 "I'm perfectly prepared to play in big games. All I have left to do is to take the field and show what I can do," Fernandez said.

And show he did.

Fernandez blasted a two-run home run off LG starter Lee Min-ho in the bottom of the first inning, helping the Bears to a 4-0 win at Jamsil Baseball Stadium in Seoul.

It was only the third pitch of the game by the rookie right-hander, who hit leadoff man Heo Kyoung-min with his first pitch and then served up that home run to Fernandez on a 1-0 slider.

Fernandez's bat flip -- more like a bat throw as he chucked the stick to the ground -- was nearly as impressive as the long ball itself. Though Fernandez had 21 home runs in the regular season, he didn't act like he'd been there before.

That show of emotion was perhaps understandable. It was as if he was venting his frustrations that had built up during last year's championship run.

Fernandez drew a walk in the third inning. He then stepped up with two outs and bases loaded in the fourth inning, after the Bears had added a run earlier in the frame. Fernandez grounded into an inning-ending double play, though, and hit another grounder in his final plate appearance in the sixth.

But that home run did the trick. It set the early tone for the Bears and provided starter Chris Flexen, in his first postseason game, with some cushion right away. Flexen fired six scoreless innings and struck out 11. 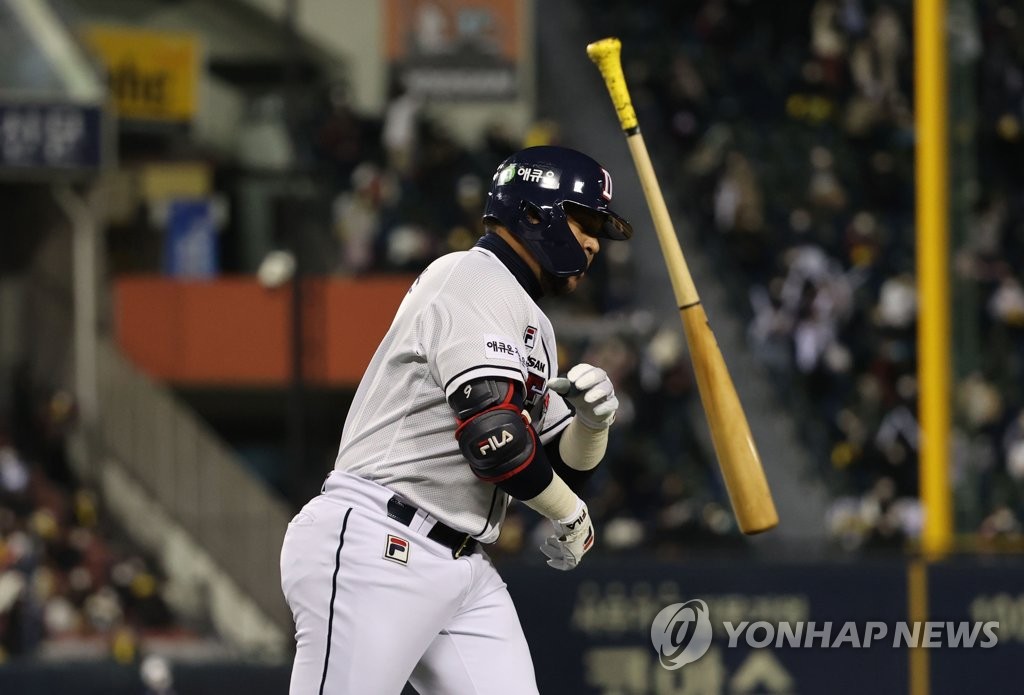