SEOUL, Nov. 5 (Yonhap) -- Kakao Corp., the operator of South Korea's top mobile messenger KakaoTalk, said Thursday its third-quarter net profit jumped nearly three times from a year earlier on the back of robust growth of its e-commerce services based on its messenger platform.

Net profit reached a quarterly high of 143.7 billion won (US$126.3 million) in the July-September period on a consolidated basis, compared with a profit of 51.1 billion won a year earlier, the company said in a regulatory filing.

It marks the first time for the company to exceed 1 trillion won in sales and 100 billion won in operating income. The company also logged a quarterly high net income for seven consecutive quarters.

Kakao said it enjoyed a brisk performance in both its platform and e-commerce businesses based on its KakaoTalk, coupled with its global paid content business.

Kakao said the revenue from its platform business surged by 58 percent on-year to 554.4 billion won over the cited period thanks to the steady growth of Biz Message and Talk Biz.

Kakao said its platform businesses based on KakaoTalk are expected to show brisk performance down the road. At Talk Biz Board, individual sellers can sell their products through a platform connected to KakaoTalk.

"The average revenue from Biz Board logged monthly high numbers every month during the third quarter," Yeo Min-soo, co-CEO of Kakao, said in a conference call. "We are expected to reach an average daily revenue of 1 billion won in December, almost twofold from 500 million won last year."

Revenue from Talk Biz surged by 75 percent on-year to 284.4 billion won during the third quarter, the company said.

Revenue from the content business also expanded by 26 percent on-year to 546 billion won.

Noticeably, revenue from paid content, such as webtoons, skyrocketed 61 percent on-year to 148.4 billion won during the quarter on the back of popularity in Japan, the company said.

Sales of game content also increased 51 percent on-year to 155.7 billion won due to the popularity of its new title, Guardian Tales, it said.

Revenue from its new business sector, which includes Kakao Mobility and Kakao Pay, jumped by 139 percent on-year to 148.8 billion won.

Quarterly transactions of mobile payment platform Kakao Pay jumped by 38 percent on-year to 17.9 trillion won during the quarter, it said.

The company also said the number of stock accounts of Kakao Pay surpassed 2.5 million during the period.

Shares in Kakao closed at 363,000 won, up 0.97 percent from the previous session. The third-quarter report was announced before the local market opened Thursday. 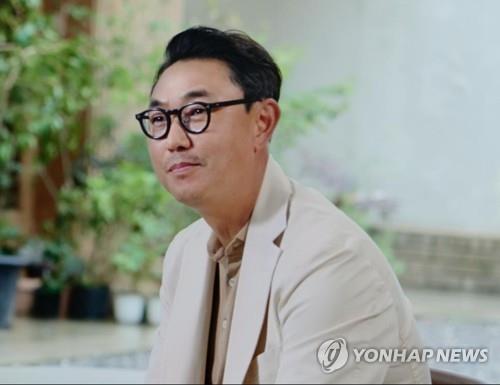